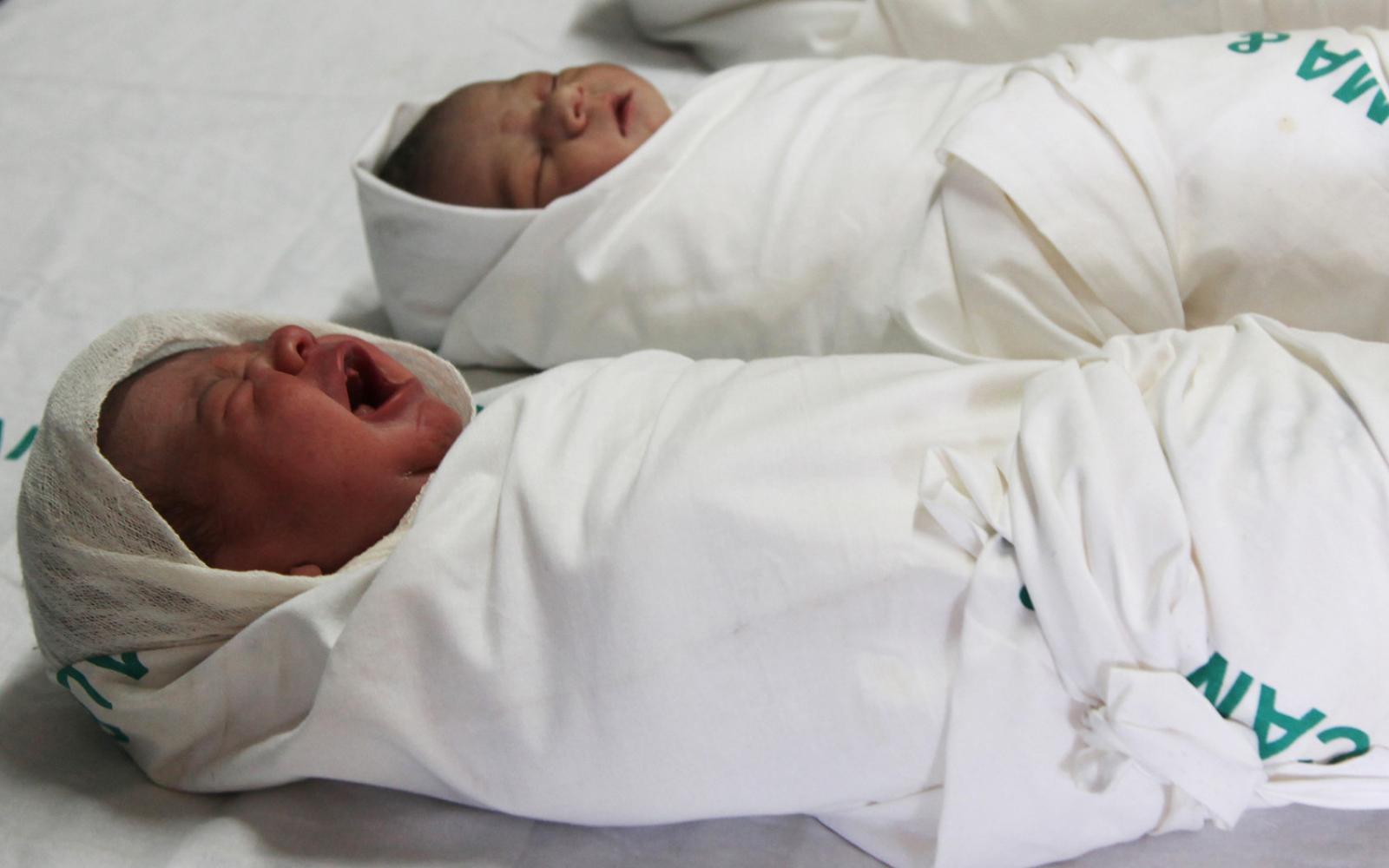 A central Indian couple has reportedly named their twins Corona and Covid.

The babies were born last week in the throes of a deadly worldwide pandemic, according to the Hindustan Times.

"I was blessed with the twins — a boy and a girl — in the early hours on March 27. We have named them Covid and Corona (respectively) for now,” the children’s mother Preeti Verma said.

Coronavirus infection causes the COVID-19 sickness at the heart of the pandemic that has afflicted more than a million people and killed 58,000 in recent months by Johns Hopkins University’s count.

Verma said she and the baby’s father decided on their newborns’ names after overcoming several obstacles including a travel ban to bring the babies into the world shortly after midnight March 27. But the unusual baby-naming wasn’t just an act of defiance.

“Indeed the virus is dangerous and life-threatening but its outbreak made people focus on sanitation, hygiene and inculcate other good habits," Verma said. "Thus, we thought about these names.”

According to Verma, hospital staffers were supportive of the couple’s decision.

There have been 2,567 confirmed cases of coronavirus in India, resulting in 72 deaths. The babies were born in the Indian state of Chhattisgarh.