Gay Man Followed and Assaulted While Trying To Go Home 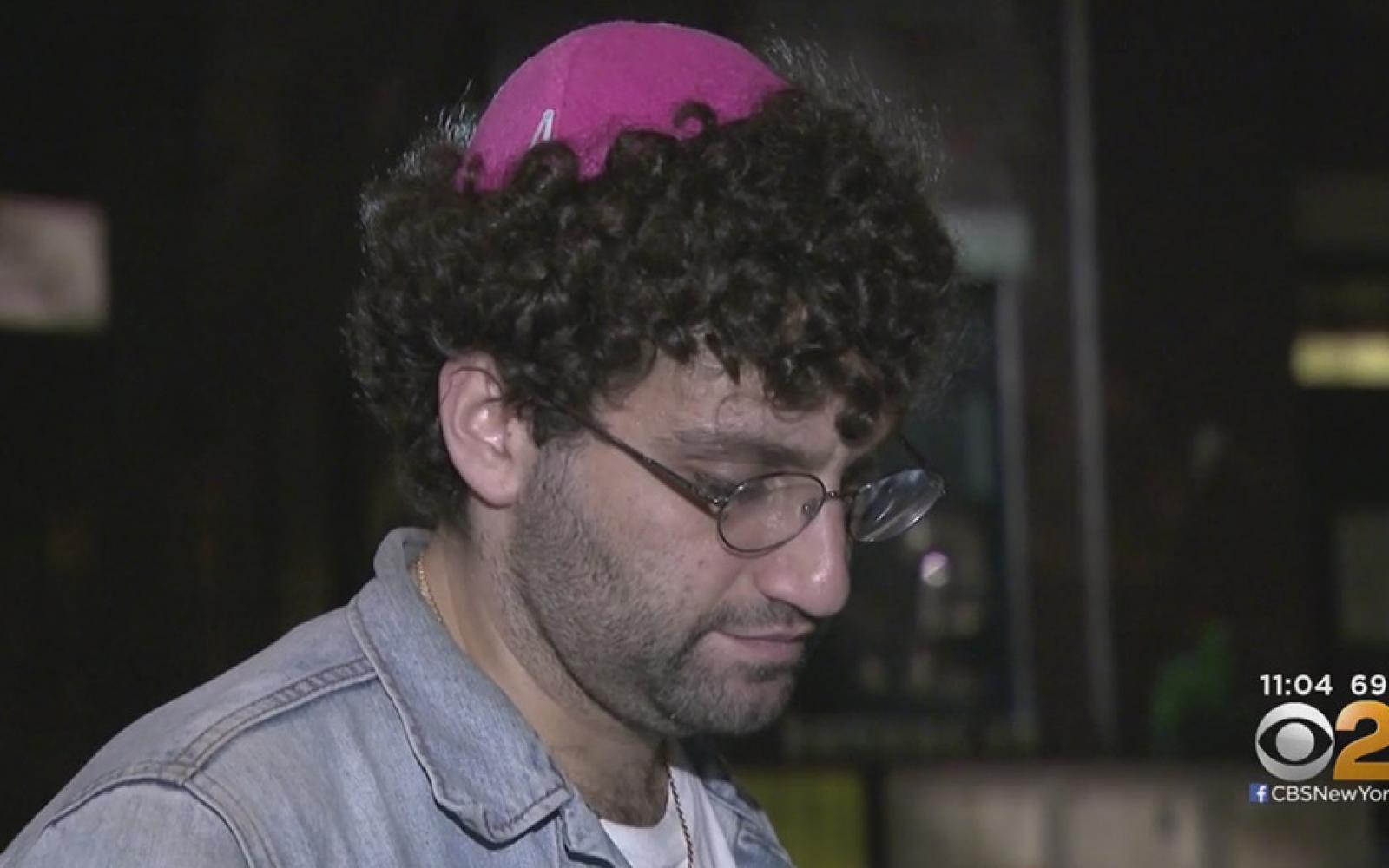 A gay, Jewish New Yorker on Monday was followed out of a Manhattan subway station by a homophobe who ordered him to take off his pink yarmulke and yelled: “Stay in the closet!”

Community organizer Adam Eli tweeted a video showing the unidentified hatemonger walking up the stairs of the 28th Street and Broadway station and saying, “take that kippah off.”

Eli can be heard responding: “Why? Because I’m gay and wearing a kippah … is that why?”

“It’s a Chillul Hashem,” the hatemonger says, using a Hebrew term for when a Jewish person desecrates the name of God by acting immorally in public.

“Any man that lays with another man is an abomination,” the man rants. “You’ll be murdered for it. Take the kippah off.”

Eli, who was carrying a purse and had a pride patch sewn on his jeans, stood his ground in the face of the harasser.

The man can be seen trailing Eli to the crosswalk and growing angrier, shouting: “Stay in the closet! Make sure your closet is in another closet!”

Eli said he spent the first 18 years of his life “listening to people tell me I couldn’t be gay and Jewish.”

“Today I love my queer Jewish identity and nobody is taking that away from me,” he said.

He addressed others who like him “generally ‘pass’ for being hetro in public.”

“Most of the time we can get on the subway, go for a run or go on a date in peace. That does not mean our struggle for queer liberation is over,” Eli tweeted. “Our ancestors taught us none of us are safe until all of us are safe.”

Mayor Bill de Blasio shared the video, tweeting that it took “courage to confront homophobia and tell a story like this.”

“I’m sorry you had to go through this, Adam. But we’re proud of how you responded,” Hizzoner wrote. “There’s no place for hate in this city.”

New York has seen a spike in hate crimes this year.

Hate crimes against all minority groups are up 64% compared to this time last year, the mayor said in June. Anti-Semitic incidents have spiked by 90%.