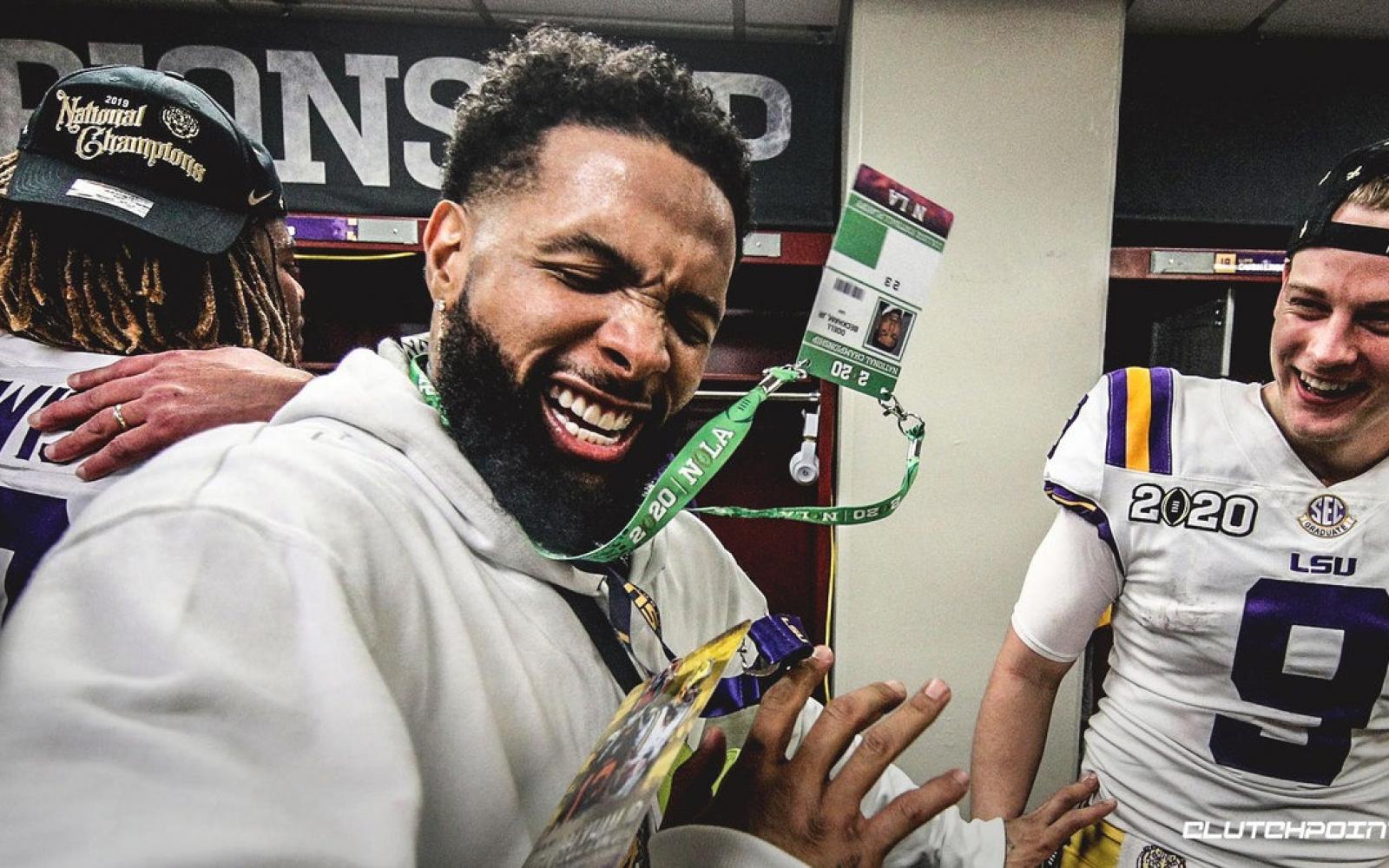 An arrest warrant for simple battery has been issued for Cleveland Browns and former LSU wide receiver Odell Beckham Jr., according to NOLA.com. Beckham was caught on camera slapping a Superdome security officer on the butt following LSU's College Football Playoff National Championship win over Clemson on Monday after the officer warned LSU players that they would be subject to arrest if they continued to smoke cigars in the LSU locker room.

According to NOLA.com, authorities originally attempted to charge Beckham with misdemeanor sexual battery, but a local judge declined it.

Louisiana statute 14.34.2 states that individuals guilty of simple battery of a police officer "shall be fined not more than $500 and imprisoned not less than fifteen days nor more than six months without benefit of suspension of sentence."

The Browns released a statement on the matter, noting that Beckham and his representatives are working with the proper authorities to appropriately handle the situation.

The video that shows Beckham slapping the officer is just one of several incidents involving the NFL star in the minutes following LSU's 42-25 win that earned the Tigers their first national title since 2007.

Beckham was seen handing out cash to players on the field during the postgame celebration. Quarterback Joe Burrow said Wednesday on "Pardon My Take" that he received some of the cash from Beckham. The school initially said that the money was fake, but released a statement on Wednesday that says that it is looking into it.

"We are aware of the situation regarding Odell Beckham Jr. interacting with LSU student-athletes and others unaffiliated with the team following the championship game Monday night," the statement read. "Initial information suggested bills that were exchanged were novelty bills. Information and footage reviewed since shows apparent cash may have also been given to LSU student-athletes. We were in contact with the NCAA and the SEC immediately upon learning of this situation in which some of our student-athletes may have been placed in a compromising position. We are working with our student-athletes, the NCAA and the SEC in order to rectify the situation."

Beckham also walked into the middle of the band's section and tried to get on the band director's ladder. After several minutes of arguing, he was escorted out of the stands by a police officer.