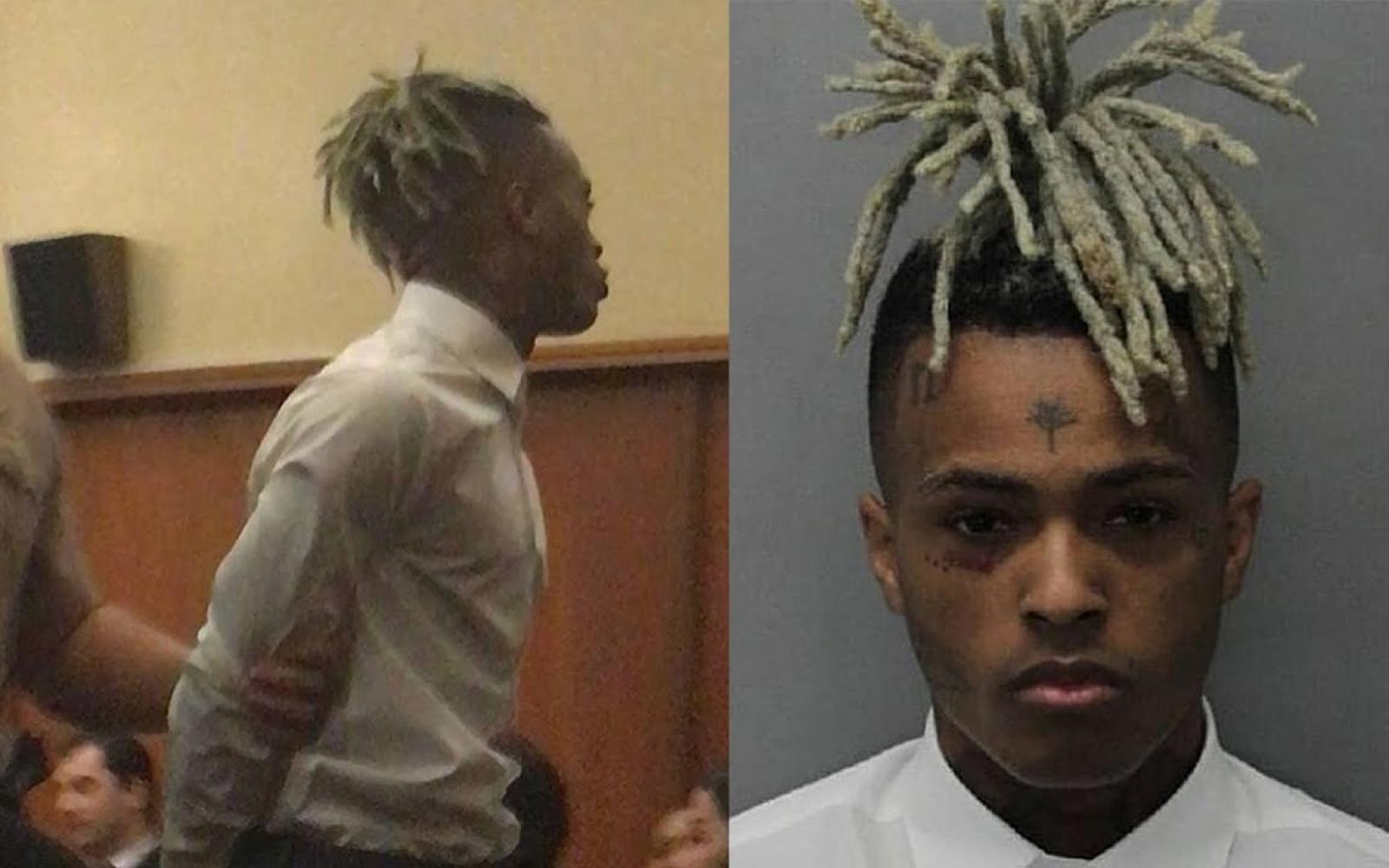 We didn't need a reason not to like him or listen to his music, because we already think he sucks and his music sucks and he beats women.  Now we're finding out he also beats gay men.

"The guard hears him, and I've got his blood all over my hands, all of my chest, literally,” he reportedly revealed. “I was going crazy. I smear his blood on my face, on my hands. I got it, like, in my nails. I got it all over me. I was going f**king crazy."

Fans and detractors alike have read the explicative, comprehensive feature piece of XXX’s troubling rise to manhood and fame, notably at the alleged bloodshed of people like Ayala.

And they’re not taking the disturbing disclosures of the NY Times narrative lightly whatsoever.

xxxtentacion was no stranger to dometic abuse, in transcripts obtained by Pitchfork, details of him abusing his ex girlfriend were released:

• About a week later, she and XXXTentacion moved to an apartment in Sweetwater, Fla. In two incidents there, XXXTentacion grabbed her by the neck, strangled her, and forced her down on the bed before another person who lived there came to the rescue. “I’m like scared,” she said, recalling how she felt. “It’s like he’s going to like end up killing me or something.”

• In early October 2016, she found out that she was pregnant by XXXTentacion. The pregnancy was planned by both of them. On the afternoon of October 6, he told her to move from the bed they were lying on. He then went out onto the balcony, where she could still hear him, and called up the person she had slept with while XXXTentacion was in jail, demanding to know everything. When XXXTentacion returned inside, he told her, “You need to tell me the truth right now or I’ll kill you and this jit.” She said that “jit” was slang for the unborn child.

He then started elbowing, head-butting, and punching her. He strangled her until she almost passed out. He took her to the bathroom and demanded one last time that she tell him everything or he would kill her in the bathtub. She couldn’t even recognize her face in the mirror—it looked “distorted”—and her left eye was completely shut and “leaking blood.” She was losing vision. She vomited.

• Other people who lived in the Sweetwater apartment eventually arrived, and she asked them to let her go to the hospital. XXXTentacion told her she couldn’t leave until her face had healed, because otherwise the police would be called. He told her she had to wear a hoodie. XXXTentacion and the others also put glasses on her, then they all got in a car and drove to an apartment she had never been to before, in North Miami Beach. (The hoodie and glasses were noted in a police report.) They left her in a bedroom, and XXXTentacion confiscated her phone. She didn’t get it back until he was arrested on October 8.

• For the next two days she didn’t leave that room except to use an adjacent bathroom. She couldn’t find a way to flee. There were bars on the windows. “If you’re smart, you would stay with me until you get a car and you have enough money to move into an apartment,” he told her. “Because if you leave now, you’re just setting yourself up for failure. You’re going to be homeless.”

• Around 2 a.m. on October 8, XXXTentacion was in the living room of the apartment playing Minecraft and using Skype. She let him know she was going into the kitchen to make him some food. She opened the refrigerator door wide enough so that he wouldn’t be able to see her if he she crouched down, and then she opened a side door and ran to the nearest main street she knew. She didn’t have any money. She asked someone if she could use their phone and called the only number she knew by heart. It was the number for the ex-boyfriend she had been living with the night she agreed to move in with XXXTentacion. That ex-boyfriend’s mother drove her to the Miami Beach police department.

Pitchfork also obtained transcripts of previously unreported depositions by the woman’s ex-boyfriend, his mother, and Sgt. Amel Soto, the Miami Beach police officer who first questioned the woman. The ex-boyfriend backed up much of her testimony regarding what XXXTentacion had done to her. The ex-boyfriend’s mother attested to the woman’s injuries, describing her eyes, for example, as “black and blue, purple, every color under the rainbow.” Soto—a 23-year veteran of the police force—remembered the reported victim telling him about being attacked for humming someone else’s music. He testified, “I had never in my entire career heard something like that.”

XXXTentacion is somehow even MORE trash than I already knew: pic.twitter.com/RcmBbQlf8B