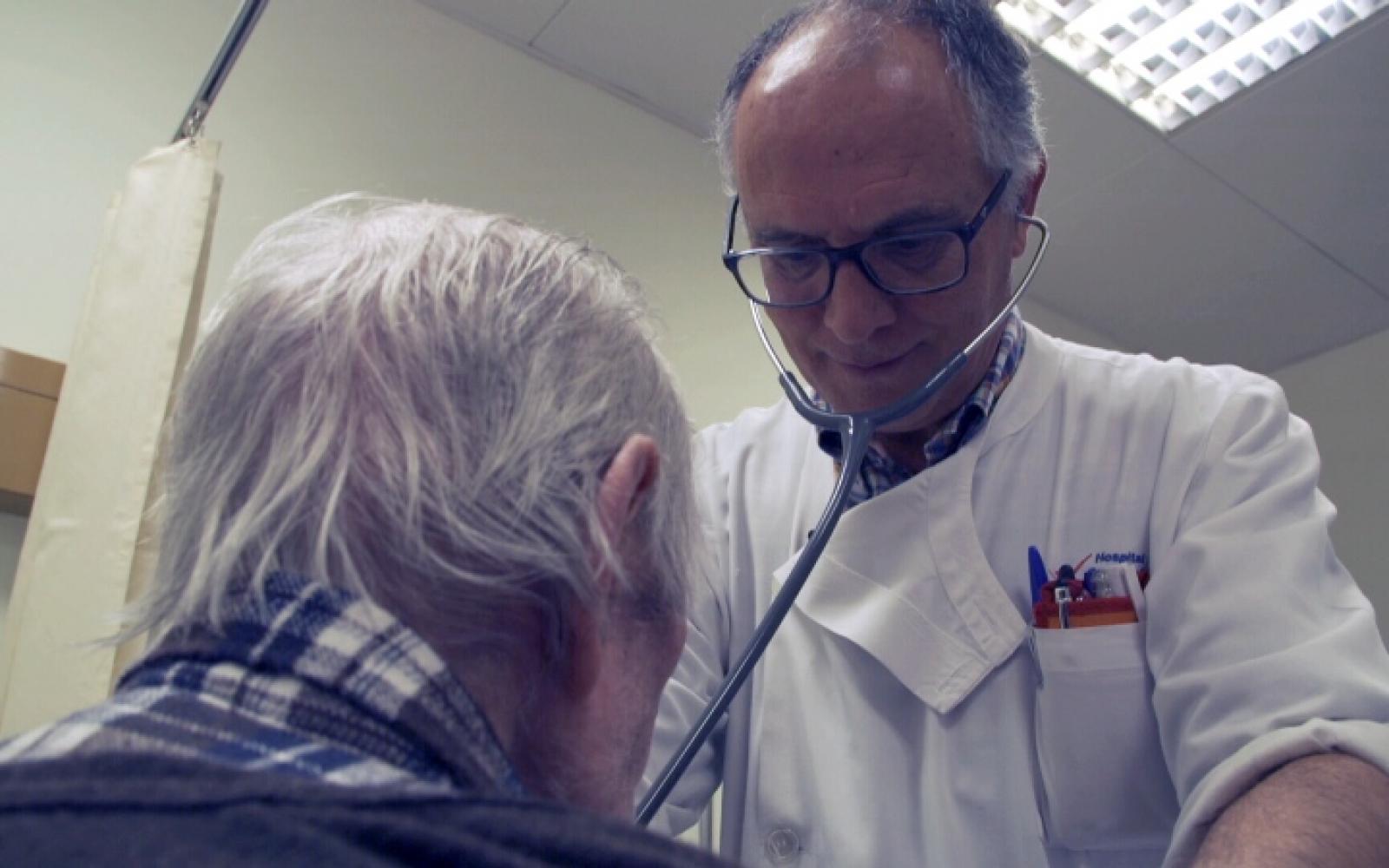 A man living with HIV is soon to turn 100 years old. Doctors believe he has been living with the virus for at least a quarter of a century. They say his longevity is largely down to the fact that he takes his medication daily.

Miguel lives in Portugal and is referred to as ‘the Lisbon Patient’.

He’s the subject of an upcoming scientific report, but his family have asked his full name not be revealed in case he is subjected to stigma or prejudice. Although medical advances mean people with HIV can keep their viral load suppressed to undetectable levels, there remains much ignorance around the virus.

Miguel found out he had HIV in 2004. Then aged 84, he went to hospital with breathing difficulties. Doctors discovered he had a lymphoma and a very low CD4 white blood cell count. Following diagnosis, he was successfully treated and placed on antiretroviral medication. This brought his viral load down to an undetectable level.

Although he suffers some problems due to old age, including poor hearing and eyesight, he is relatively healthy for a 99-year-old. He lives alone and is able to take care of himself.

‘I don’t really know how to explain it. I feel happy because I’ve spent these years without the hardship,’ he says of his good health.

He added: ‘I feel fit enough, too, to take care of all my routines, to get dressed, to put my shoes on, to go to bed. I do all of that at home alone.’

His physician, Dr. Henrique Santos, says when Miguel first sought treatment at 84, he had doubts over how he would respond or even if it was worth trying.

Guaraldi calls Miguel, ‘an icon of hope for people living with HIV.

‘We need to make people know. There (are) still a lot of people living with HIV that consider their disease something dreadful while actually… regardless (of) experiencing and living with a chronic disease, you still can experience healthy ageing.’

Miguel has never smoked and doesn’t drink alcohol, and both his parents also lived to nearly 100. He takes two antiretrovirals a day. In addition to the medical care he receives, he has his own explanations for his long life.

‘The reason why I have reached such a long age is because every day when I go to bed I make a cup of lemon tea. The good slice of lemon with the rind and the pulp and everything. It would boil for five minutes and in the end I would add a good teaspoon of honey.’

With advances in treatment, people with HIV are now living longer lives. In Canada, the average age of those with HIV is over 50. This is leading to greater research into how long-term medication use can affect people and a growth in geriatric HIV care.

Guaraldi is now among those studying Miguel and analyzing his blood to see if there are any particular reasons why he continues to enjoy good health.

‘I believe that The Lisbon Patient will inform us a lot about how HIV people are aging from an immunological standpoint. This patient is the tip of an iceberg.’

There are over 37million people living with HIV globally. One of those is video blogger Justin B. Terry-Smith.

‘This will give a lot of people hope,’ he said of the Lisbon Patient. ‘[People] that are getting older, living with HIV, it just gives us a lot of hope we can survive this and live to a ripe of age of 100.’

‘Miguel illustrates just how far we’ve come in our ability to treat HIV effectively,’ he told Gay Star News. ‘Someone who is diagnosed promptly and has access to treatment now can expect to live for as long as someone without HIV.

‘The average age of someone living with HIV is rising. Increasingly we have to consider how we can best support people with HIV as they get older. That includes thinking about how to manage HIV alongside the other conditions that come with older age.’

‘Miguel may become the first person with HIV to live to be 100 but I’m certain he won’t be the last.’