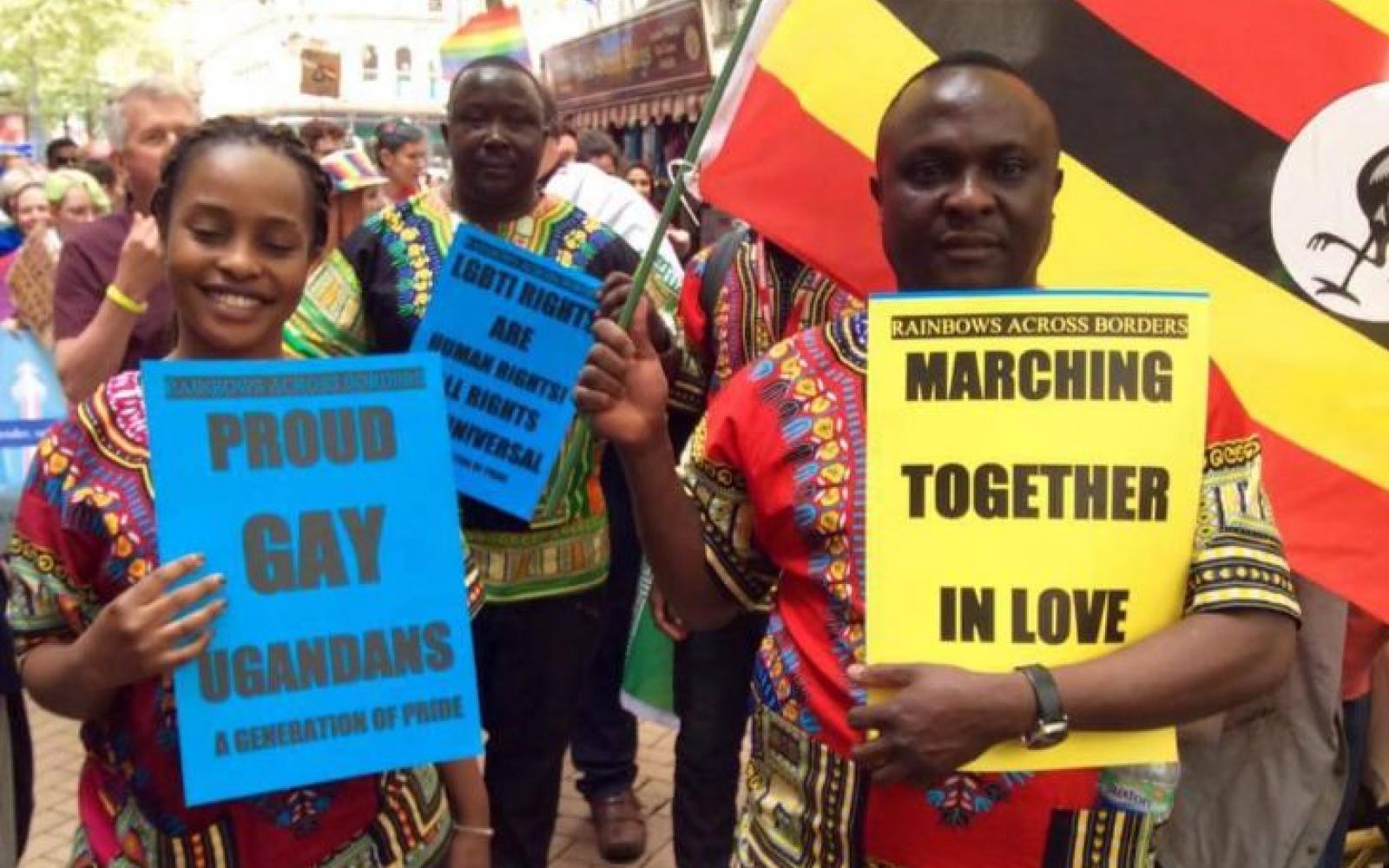 The 16 men were allegedly taken into custody to protect them from a homophobic mob that surrounded the house they were staying in. But then they were arrested under a colonial-era, anti-gay law.

The men, who are members of an LGBT activist group called Let's Walk Together, have been held beyond the constitutionally mandated 48 hours without a court hearing, reports Metro UK.

The country's president, Yoweri Museveni, is known for his extreme homophobic views.

Frank Mugisha, the Executive Director of Sexual Minorities Uganda (SMUG), said the arrests took place in a neighborhood just outside the capital as the men were being hosted by another rights group.

"No one... should be subjected to torturous and degrading examinations that are based on invalidated theories from 150 years ago," Ghoshal said.

One Tunisian man described the process as being pushed onto his knees, arms restrained, while another man removed his clothing so a doctor could perform the exam.

Doctors are not required to introduce themselves, can allow anyone into the room during examination and have reportedly taken photos of the victims' private areas without consent."

Uganda has been widely criticized for introducing anti-homosexual laws in 2014 which initially aimed to make gay sex punishable by the death penalty.

In response, the United States reduced aid to Uganda in response to the country's first "Kill the Gays" bill, imposing visa restrictions and cancelling military exercises. The World Bank, Sweden, Norway, Denmark and the Netherlands also suspended or redirected aid.

A police spokesman, Patrick Onyango, stated that, based on their medical examinations, it was established that "the suspects were involved in sexual acts punishable under the penal code."