2 Priests Arrested For Blowing Each Other Near Children's Playground 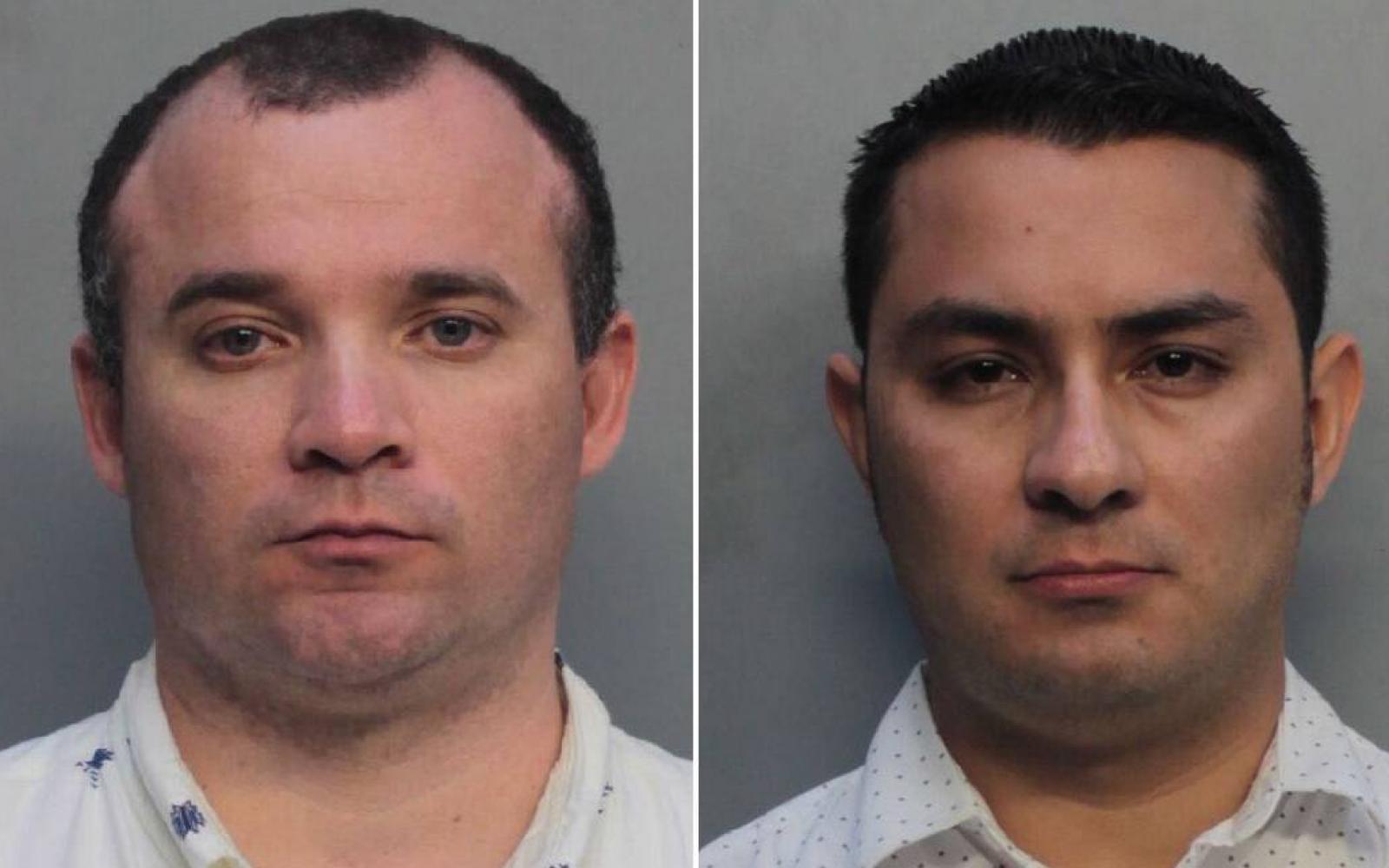 Two Chicago-area priests were charged Monday with Lewd and Lascivious behavior and Indecent Exposure after being caught performing a sexual act inside a car parked on a Miami Beach street.

According to Miami Beach Police, 39-year-old Diego Berrio and 30-year-old Edwin GiraldoCortez were in the front seat of a car performing oral sex.

Police got a 911 call about a lewd and lascivious incident taking place in the 1300 block of Ocean Drive.

When officers arrived, the police report states, the two were performing sex acts on each other “in full view of the public passing by on Ocean Drive and the sidewalk.”

“Yesterday, we received a call indicating that two men were performing a sex act inside of a car. This is in broad daylight, 13th Street and Ocean Drive. There are no tints on the window,” explained Miami Beach Police spokesman Ernesto Rodriguez.

When police arrived, it was still going on.

Police said Berrio and GiraldoCortez were so engaged, they didn’t even notice that police were there.

“We observed the two males performing the sex act, the officer had to tap on the window to get their attention,” said Rodriguez.

Both men were placed under arrest without incident.

The arrest reports state both men are priests from Arlington Heights, Illinois, which is a suburb of Chicago.

The address they gave comes back to the Mission San Juan Diego Parish in Arlington Heights.

“Their profession is irrelevant, in fact our trouble with this is that this is broad daylight, for anyone to see including children.  There’s a time and a place for everything and this certainly was not the time and place,” said Rodriguez.

Police point out there is a children’s playground near the intersection of 13th and Ocean Drive.