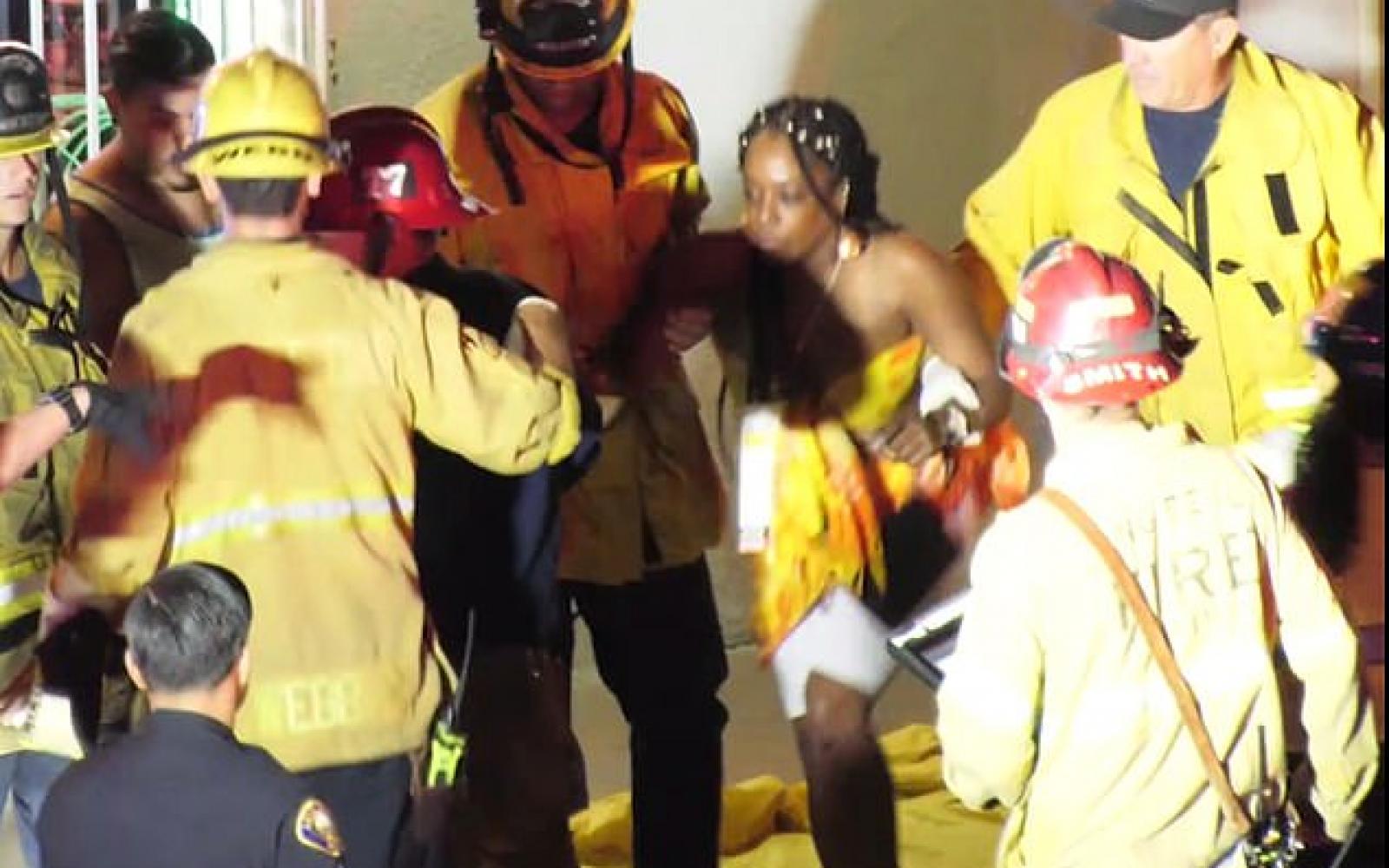 Three men were killed and nine other people were wounded after gunfire erupted at a house party in Long Beach Tuesday night, officials said.

Multiple suspects were at large following the shooting that occurred around 10:45 p.m. in the 2700 block of East Seventh Street, said Jake Heflin, a public information officer for the Long Beach Fire Department.

Authorities said five of the injured required immediate medical attention, but didn't provide information on their conditions or the nature of their injuries.

It was unclear whether more than one person had opened fire, or whether the suspects knew the victims.

Heflin said first responders were “confronted with a scene that was very chaotic” and the situation was being handled as a “mass-casualty incident.”

The shots rang out during a Halloween party in the backyard of a single-family home that sits behind a business on the street, according to Heflin.

Investigators are still working to determine what led up to the shooting.

The victims were found both inside and outside home, said Jennifer De Prez, a Long Beach police spokesperson.

Aerial video from Sky5 showed a large police presence outside a home tucked behind a nail salon. Paramedics were treating at least one person who was lying on the ground outside.

The slain victims were all men believed to be in their mid-20s, and all three died at the scene, Heflin said.

The remaining patients, taken to area hospitals by ambulance, also appeared to be in their 20s, according to Heflin.

All the victims were struck by gunfire, De Prez said, after earlier stating not all of the injured suffered gunshot wounds.

Heflin noted that the number of fatalities may change, and De Prez said it’s possible there are other victims who transported themselves or were driven to the hospital.

A crowd gathered at the scene as patrol cars blocked the intersection with Temple Avenue, aerial video showed. De Prez said the road would be closed to traffic for several hours.

Heflin described the incident as “a very challenging situation” and said investigators were working to piece together what happened.