4 Men Arrested After Lesbian Couple Attacked On Bus In London 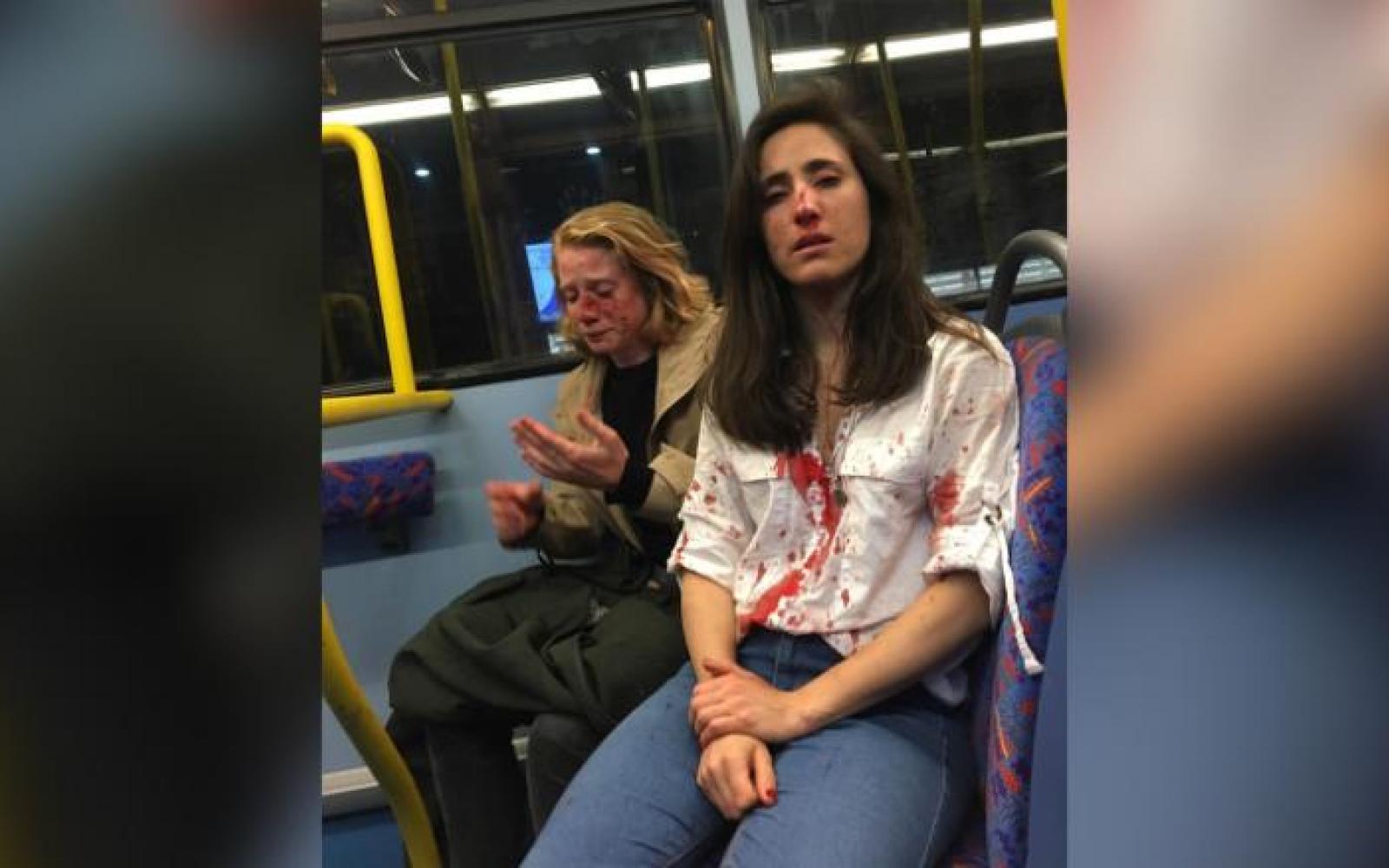 Two women say they were subjected to a homophobic attack and left covered in blood after refusing to kiss on a bus.

Melania Geymonat, 28, said the attack on her and her partner Chris happened on the top deck of a London night bus as they were travelling to Camden Town.

A group of young men began harassing them when they discovered the women were together, asking them to kiss while making sexual gestures.

Four male teenagers aged between 15 and 18 have been arrested.

They are being questioned on suspicion of robbery and aggravated grievous bodily harm.

Speaking about the attack, which happened in the early hours of 30 May, Ms Geymonat told BBC Radio 4's World at One she had previously experienced "a lot of verbal violence".

But she said she had never before been physically attacked because of her sexuality.

Ms Geymonat said: "They surrounded us and started saying really aggressive stuff, things about sexual positions, lesbians and claiming we could kiss so they could watch us.

"To ease the situation I tried to make some jokes, like Chris wasn't understanding because she didn't speak English.

"She even acted as if she was sick... but they started throwing coins. The next thing I know Chris is in the middle of the bus and they are punching her.

"So I immediately went there by impulse and tried to pull her out of there and they started punching me. I was really bleeding."

Asked whether the attack left her less willing to hold hands in public, Chris said: "I am not scared about being visibly queer. If anything, you should do it more."

But she added: "I was and still am angry. It was scary, but this is not a novel situation."

Earlier, police said they were "following up" on CCTV footage of the assault.

Ms Geymonat added that the gang of at least four men might have broken her nose during the ordeal, and stole a phone and bag from them before fleeing.

Both women were taken to hospital for treatment to facial injuries, but have now been discharged.

Ms Geymonat said one of the men spoke Spanish and the others had British accents.

Bus operator Metroline said there was CCTV footage of the attack and it was co-operating with police.

Prime Minister Theresa May said: "This was a sickening attack and my thoughts are with the couple affected.

"Nobody should ever have to hide who they are or who they love and we must work together to eradicate unacceptable violence towards the LGBT community."