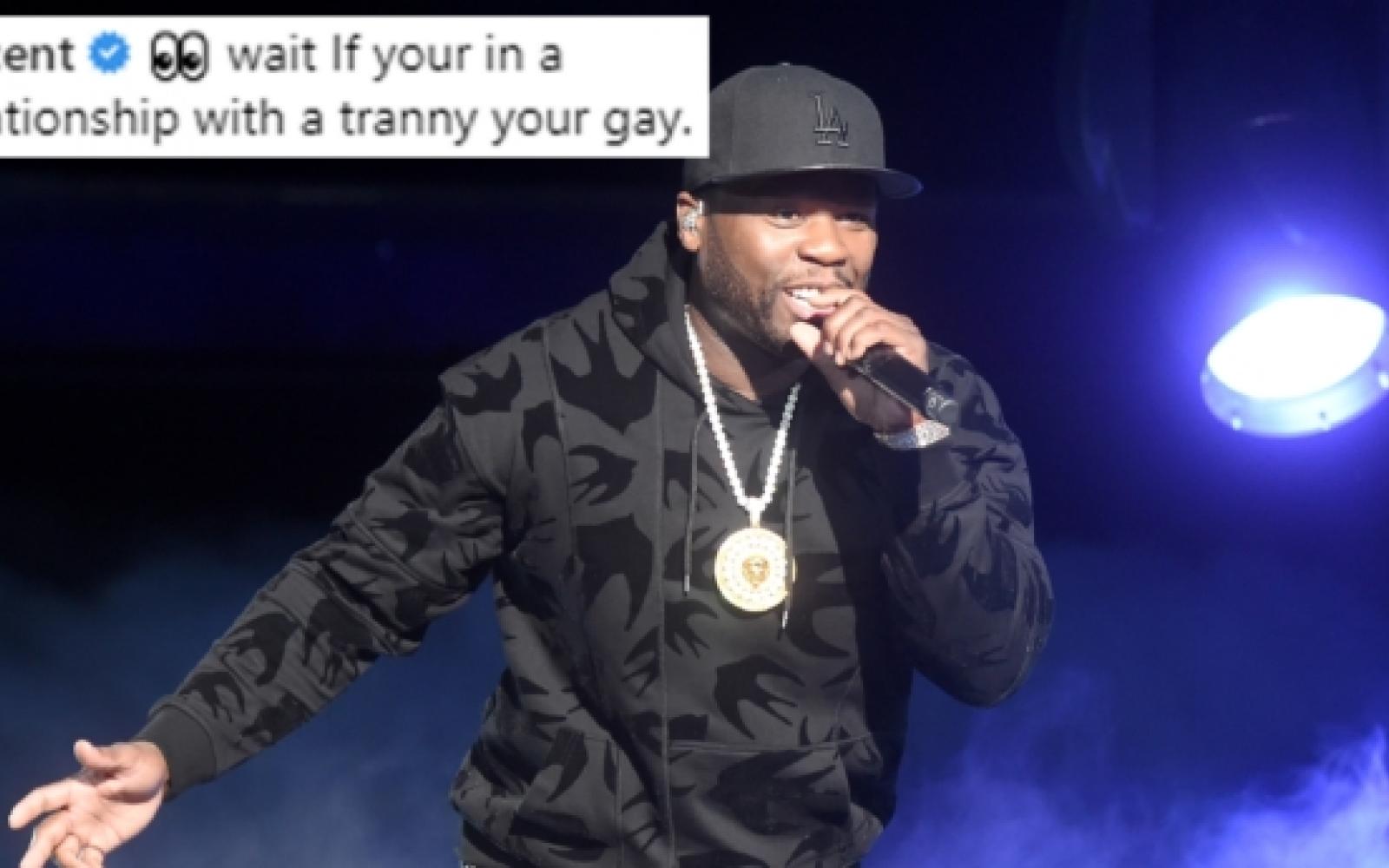 50 Cent has prompted outrage by telling rapper Young Buck that being in a relationship with a transgender woman means he’s gay.

The “In Da Club” rapper, whose real name is Curtis Jackson, wrote on Instagram on Wednesday (March 27): “If your [sic] in a relationship with a tranny your [sic] gay. that’s a boy, Boy!!!

“It’s cool Buck you gonna be big down at the gay bars Give me a call,” added the rapper, who has more than 22 million followers on Instagram.

50 Cent has since deleted the post, which included a video of Young Buck—real name David Darnell Brown—allegedly talking to a woman about an article saying he had sex with a trans woman, saying: “take that s**t down.”

Young Buck used to be a member of 50 Cent’s hip-hop group G-Unit.

50 Cent was condemned by many for his message about Young Buck.

One person tweeted: “50 cent’s recent transphobia will contribute to more black trans women suffering because the hate he spewed will be internalised and received by millions of black men.

“Who won’t ‘cancel’ 50 cent? black patriarchy. sexism, homophobia and transphobia will be defended by black men,” the person continued.

“In conclusion, f**k 50 cent. he should have been deplatformed a long time ago for all his sh**ty actions in the past but y’all won’t do the actual work to stop giving him power.”

Another person commented on the rapper’s Instagram post: “Actually it’s not Gay at all @50cent for a Heterosexual Man to date or be into us Transgender women, we are WOMEN too.

A different user wrote: “50 cent too old to be doing this s**t man!” while yet another person said: “50 Cent needs to stop talking bout his boys like this.”

This isn’t the first time that 50 Cent has been criticised for one of his posts on social media.

The star tweeted: “If you [are] a man and your [sic] over 25 and you don’t eat pu**y just kill yourself damn it. The world will be a better place.”

It was not clear whether he was referring to gay men or simply straight men who don’t engage in oral sex. 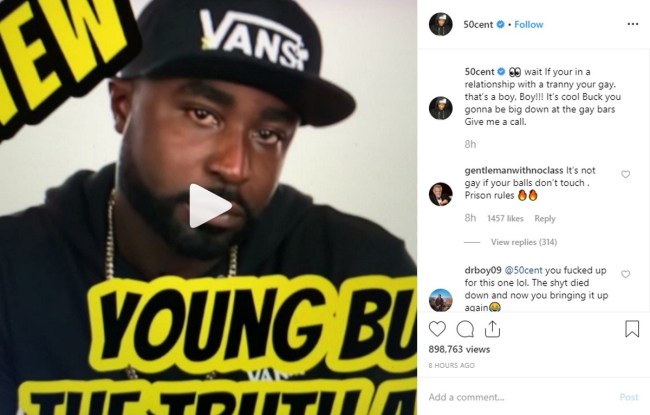