8 Tips For Men Curious About Messing Around With A Guy 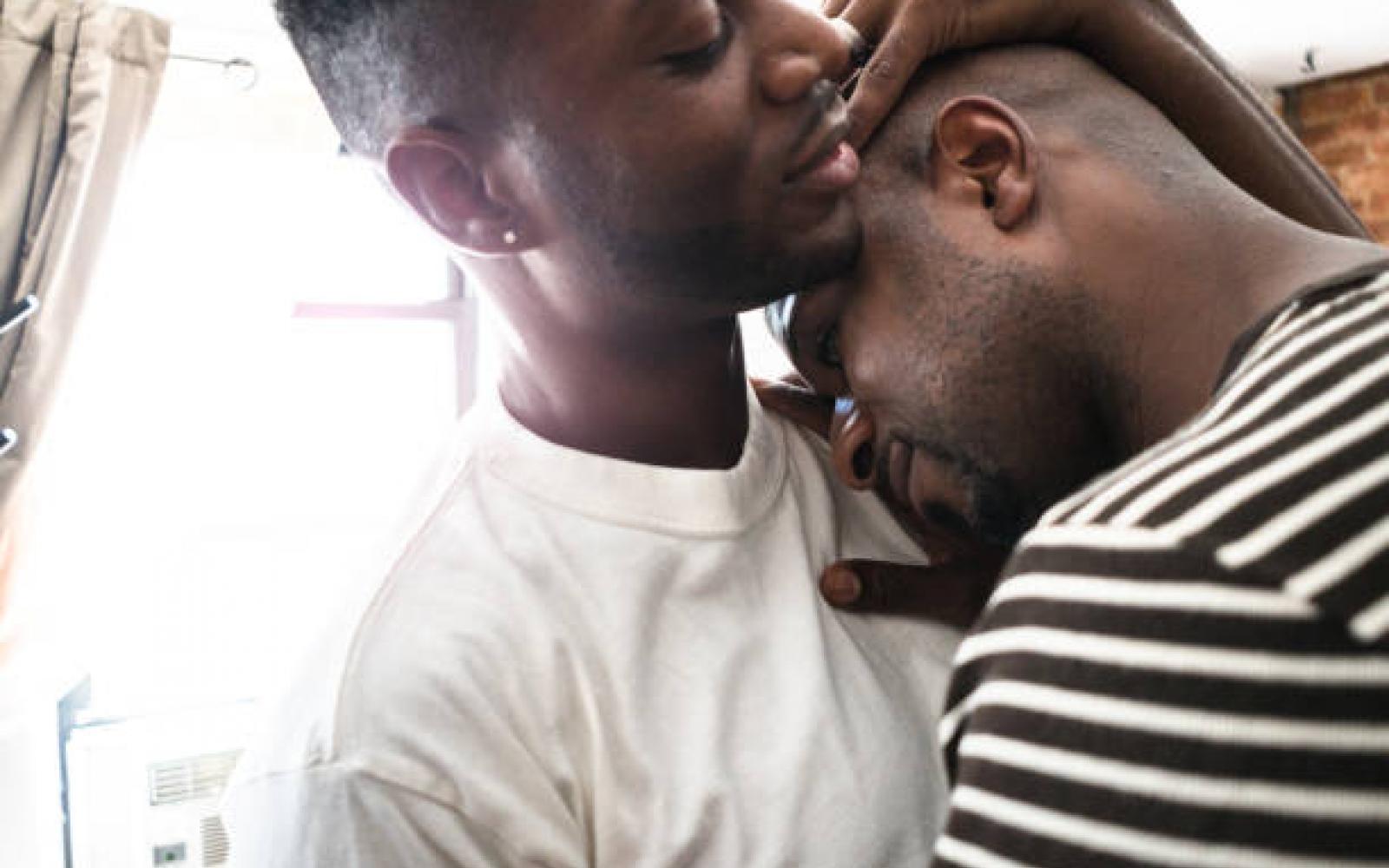 After years of wondering if I could ever be intimate with another man, I decided to hook up with a dude my freshman year of college. I figured this "bicurious" thing clearly isn't a phase, since I'd been thinking about it for a few years. The only way I could know for sure if I was actually gay or bi was if tested the waters.

So I did. Alas, I got so drunk in order to have the courage to hook up with another man that I ended up puking midway through our encounter. After the experience, I could not tell you if I was gay or bi. Overall, the experience was "meh," like any really sloppy, drunken hookup regardless of gender.

The thing is, I went about hooking up with a guy all wrong. I had expectations about what I should feel, still struggled with internalized homophobia, and didn't realize that sexuality is a spectrum. I think that's why I felt even more confused after hooking up with a guy.

Still, I'm glad I did explore, and it did eventually lead me to embracing my sexuality, though it took another five years. Nevertheless, there were definitely things I could have done to better prepare myself for exploring sexually with other men. Things I learned years after the fact. Now, with the help of two sexuality experts, I'm going to impart what I wish I knew and had done before (and after) hooking up with my first guy.

“As a starting point for acting out sexual fantasies, many people turn to pornography because it offers a ‘safe’ way to explore, especially if you’re a little afraid of acting it out or don’t know how to go about it,” says Dr. Justin Lehmiller, research fellow at the Kinsey Institute and author Tell Me What You Want.

2. Move to apps and chat rooms.

"Apps and chat rooms using sexting and video chats are great ways to explore how you feel about engaging sexually with men before jumping into the deep end and scheduling your first hook-up," says Jor-El Caraballo, a licensed mental health professional who works largely with LGBTQ+ clients. It allows you the opportunity to engage with other men sexually without doing anything IRL. (Grindr and Scruff are two good apps to use.)

Exploring bi-curiosity isn't just getting out there and doing it with another guy. “It's important for men to understand that we live in sex-phobic and homophobic culture that helps shape what we see as possible for ourselves and our desires,” says Jor-El. This means that we first have to explore how much of our reluctance might be attributed to cultural attitudes and how much of it is solely our responsibility. “Naming that societal homo- and bi-phobia first is an important step,” he says.

One of the biggest ways to reduce internalized shame and to better understand how your sexuality might not be binary or stagnant (meaning, specifically, that you're not always exclusively gay or straight) is to educate yourself about sexuality. Alas, sex education leaves quite a few things to be desired here in the United States (and abroad, too). Instead of discussing how we come to form our sexual identity, some sex-ed classes never get beyond condoms on cucumbers—or teach abstinence-only curriculum.

"Because we live in a culture that has [negative] perspectives on bisexuality and same-sex attraction, it's important to gain exposure to alternative perspectives," Jor-El says. There are two books in particular Jor-El tends to recommend to his clients. The first is Brene Brown's Daring Greatly, which tackles shame resilience. The second is sexologist Dr. Chris Donaghue's book Sex Outside the Lines: Authentic Sexuality in a Sexually Dysfunctional Culture.

6. Recognize you might not have a big “aha” moment.

When I got to college, I decided I was going to finally explore my same-sex attractions that had been gnawing at me for the past few years. Without going into too many details (you can read about my full experience here), I left that first encounter feeling even more unsure of my sexual identity. I thought I was going to have this big “aha” moment. I’d kiss his lips and immediately realize, “Woah… I’m gay. I’ve never felt like this when I've been with women.” Or it would become crystal clear I definitely wasn’t into men. Neither happened. In fact, I came to the conclusion after the experience that I was straight, and it took me another five years of hooking up with men to embrace the fact that I am bisexual.

As always, it can be helpful to explore this in the safe space of therapy. "With a LGBTQ+ affirming therapist, you can talk through aspects of your sexuality that seem daunting or frightening to deal with on your own," Joe-El says. "This space will give you the security of a confidential and non-judgmental space where you can make your own decisions about what works best for you without outside pressure."

Personally, seeing a therapist was the most helpful thing when it came to exploring and eventually embracing my same-sex attractions. By the end of my third session, I began calling myself bisexual.

8. You can try it, not like it, and you're still straight.

There's this notion that if you so much as kiss a man once, you must be gay or bisexual. This makes it particularly scary and seemingly "binding" when you explore. You fear that if you experiment, and don't like it, people will wrongfully assume you're closeted. You fear that rumors surrounding your sexuality will haunt you for the rest of your life, but here's the truth about experimenting: If you come to the conclusion after hooking up with a guy that you're straight, then you are just as straight as a dude who's never experimented. One sexual act does not define your entire identity. Period.

Now if you're someone like me, who comes to realize, oh yeah, I really can get down hooking up with other men, then welcome to the club, my dude. Your world is about to get a hell of a lot more fun.