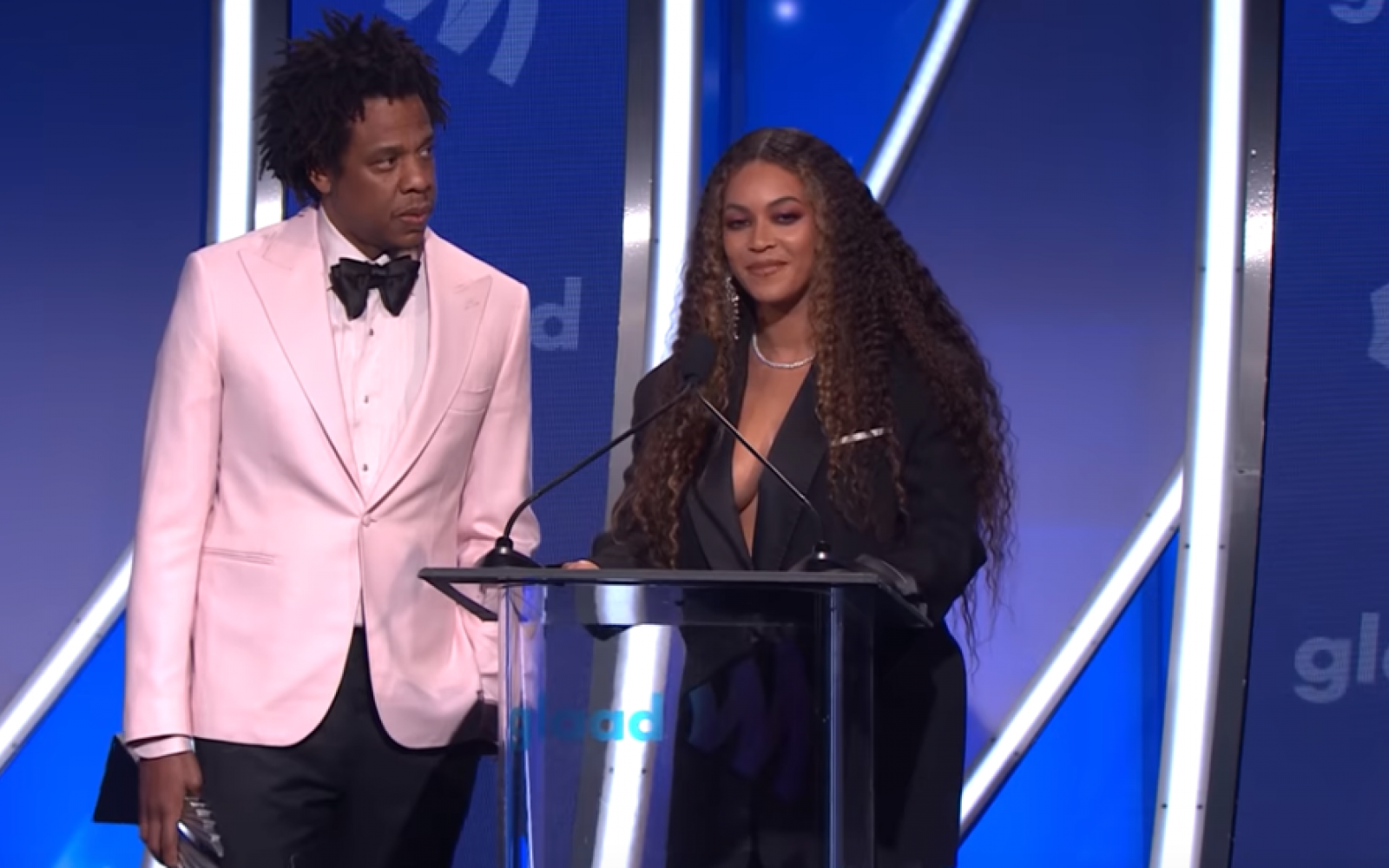 Last night at the 30th annual GLAAD Media Awards in L.A., Beyoncé and JAY-Z spoke about their relationship with the LGBTQ community while receiving this year’s Vanguard Award. In accepting the award, which recognizes “allies who have made a significant difference in promoting acceptance of LGBTQ people,” the couple touted the importance of speaking up for those around you, as well as addressing “the stigmas in black families towards accepting queer black and brown men and women around the world.”

After JAY thanked his mother, Gloria Carter, for her role in his 4:44 track “Smile,” Beyoncé praised her uncle, “the most fabulous gay man I’ve ever known,” who helped raise her and Solange. Her voice cracked as she added, “Witnessing his battle with HIV was one of the most painful experiences I’ve ever lived. I’m hopeful that his struggle served to open pathways for other young people to live more freely.” Watch excerpts of the speeches below.

Other artists nominated at this year’s GLAAD Media Awards include Janelle Monáe, Christine and the Queens, SOPHIE, Troye Sivan, BROCKHAMPTON, and Brandi Carlile. A second ceremony takes place in New York City on May 4. Last year, Gloria Carter was honored for her appearance on “Smile,” in which she came out as a lesbian.