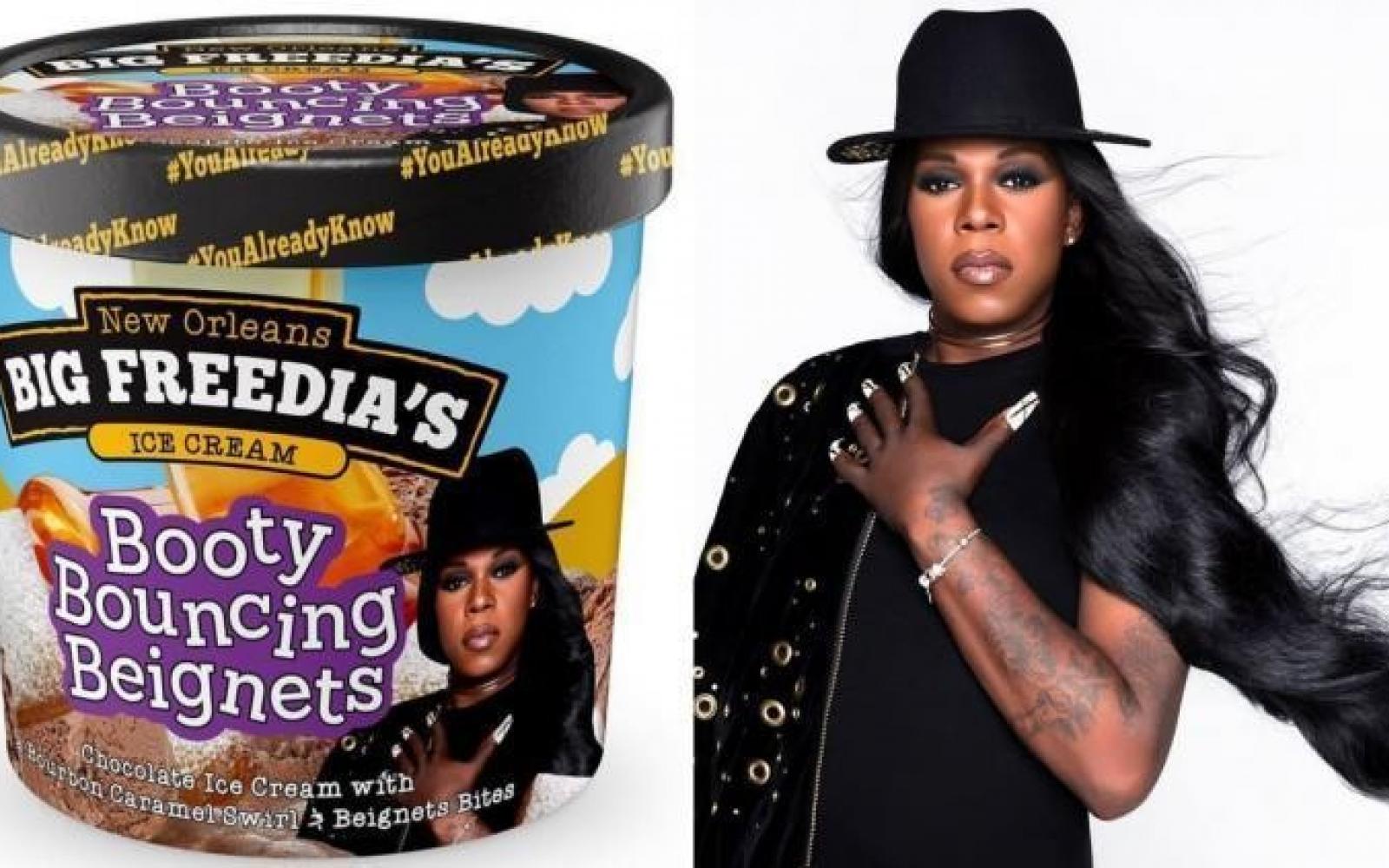 Bounce Queen "Big Freedia" has a limited flavor through iconic ice cream maker Ben & Jerry's dubbed Booty Bouncing Beignets.  The flavor announced on the artist's Instagram is melted together with an effort to help kids in the arts program.

On July 6th, music venue Republic Nola will host an event celebrating the launch of “Ben & Jerry’s Big Freedia’s Booty Bouncing Beignets” those in attendance will not only get free samples they will also get an exclusive first listen of Big Freedia’s new track, Chasing Rainbows.

“Ben & Jerry’s is teaming up with the Queen of Bounce, Big Freedia for a day of music, food, and of course FREE ice cream, at Republic NOLA. We will be announcing a new partnership together that will be benefiting local non-profits, and did we mention it will be sweet?” reads the official invite.

“The event will include an exclusive first listen of new Big Freedia track, Chasing Rainbows. The Queen Diva herself will be there, speaking to the crowd and telling her story about her life in New Orleans.”

Organizers also note that 100% of the proceeds will benefit three charities: No Kid Hungry LA, Liberty’s Kitchen, and Upturn Arts.