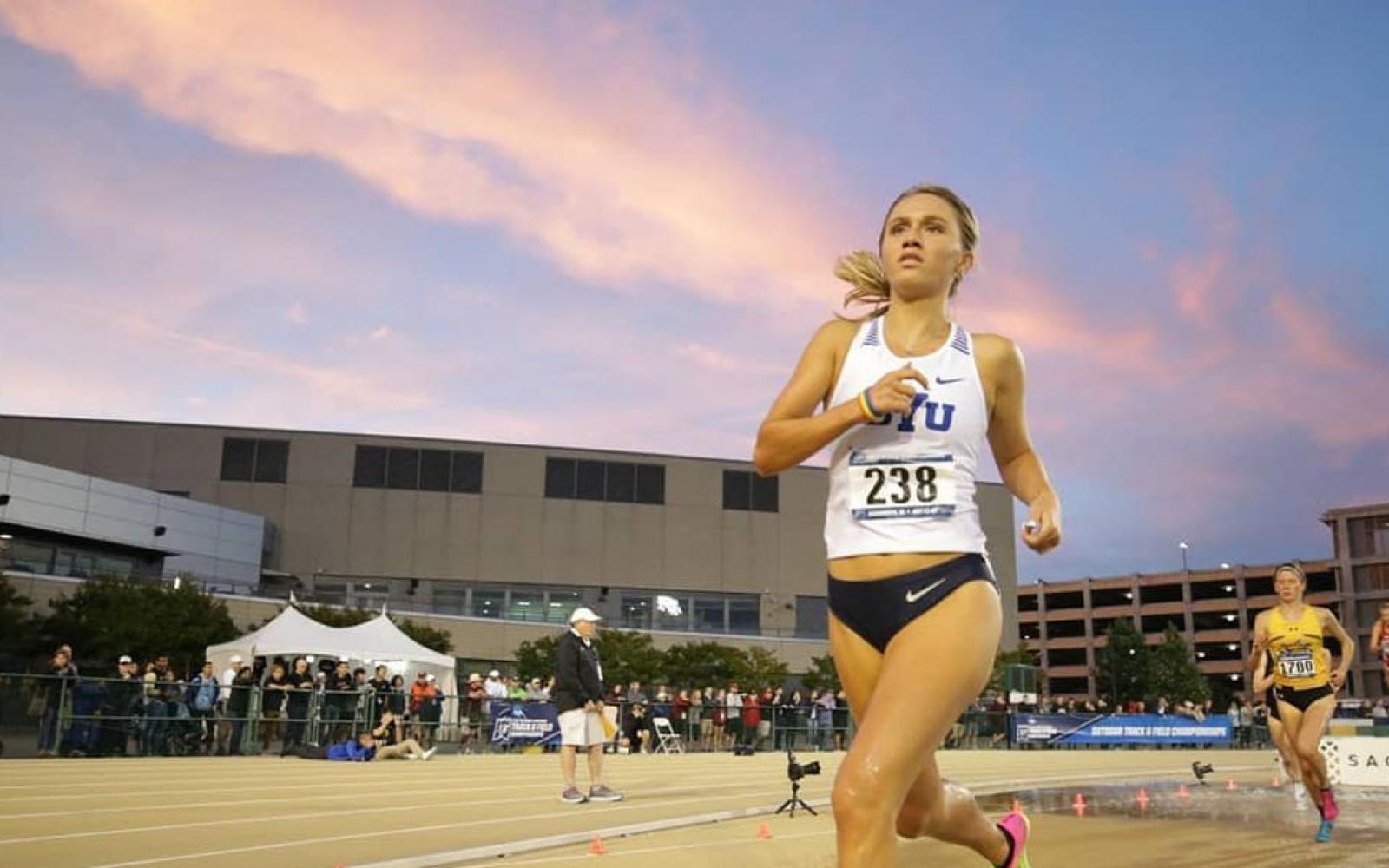 Emma Gee sits casually at a restaurant in Provo, Utah, and stares into her date’s eyes. Holding hands and kissing are off-limits.

Be careful, she thinks to herself, “You don’t want to break the honor code.”

Gee is one of the most recognizable athletes at Brigham Young University, and any public display of affection would draw attention since her date is a woman.

The school's honor code forbids “homosexual behavior” – just like it does any kind of premarital sex – and The Church of Jesus Christ of Latter-day Saints treats same-sex attraction as the urge to sin. Violations include “not only sexual relations between members of the same sex, but all forms of physical intimacy that give expression to homosexual feelings.”

The fifth-year senior track and cross-country runner became the first Division I athlete in the Mormon institution’s 143-year history to be publicly out when she told her team and administrators she was bisexual last year. The honor code states, "one's stated same-gender attraction is not an issue."

Yet Gee says she knows of other LGBTQ athletes at BYU who have stayed closeted to avoid abuse or even expulsion. She was the same way until deciding to go public, even if that meant doing it at one of the hardest places in America to be gay.

“Everyone deserves to look and say someone is like them and feel a sense of normalcy,” Gee tells USA TODAY Sports. “I looked for that, just for one person, for a long time. When I couldn’t find that, I said, ‘Why not me?’ ”

Except being the face of a community on a campus that doesn’t have one comes at a cost. Last fall, in a required annual meeting with the bishop overseeing her ward, she experienced what she called a “traumatizing” example of homophobia that mirrors countless honor code horror stories shared publicly on social media.

“I knew the bishop as a wonderful guy, and he had seen one of my posts on social media about coming out,” Gee says. “He said, ‘I just want to let you know that God loves you so much. He would love you even if you robbed a bank or murdered someone.’ He compared my sexuality to someone committing murder. He was trying to be accepting, but that’s the type of backhanded acceptance that makes me feel small and unsafe.”

The same bishop, who Gee requested not be named for this story out of fear of retribution, also offered cutting advice to the 21-year-old: “If I were you, I’d try both before you decide,” he told her in reference to her bisexuality.

“I’m not trying to be the victim, I did choose to come to BYU,” Gee says. “But that type of attacking language … there’s no part of the (Mormon) doctrine where that is OK. My relationship with God is fine, but how is that supposed to affect my relationship with the church and this campus?”

In response to Gee’s account, BYU spokesperson Carri Jenkins deferred to the LDS Church, which owns the university, citing “ecclesiastical matters.” The LDS Church did not return direct messages from USA TODAY Sports, but its website includes a subsection, “Mormon and Gay,” which states in part, “there is no change in the Church’s position of what is morally right. But what is changing is helping Church members respond sensitively.”