Black Trans Man Shot and Killed By Police In Florida 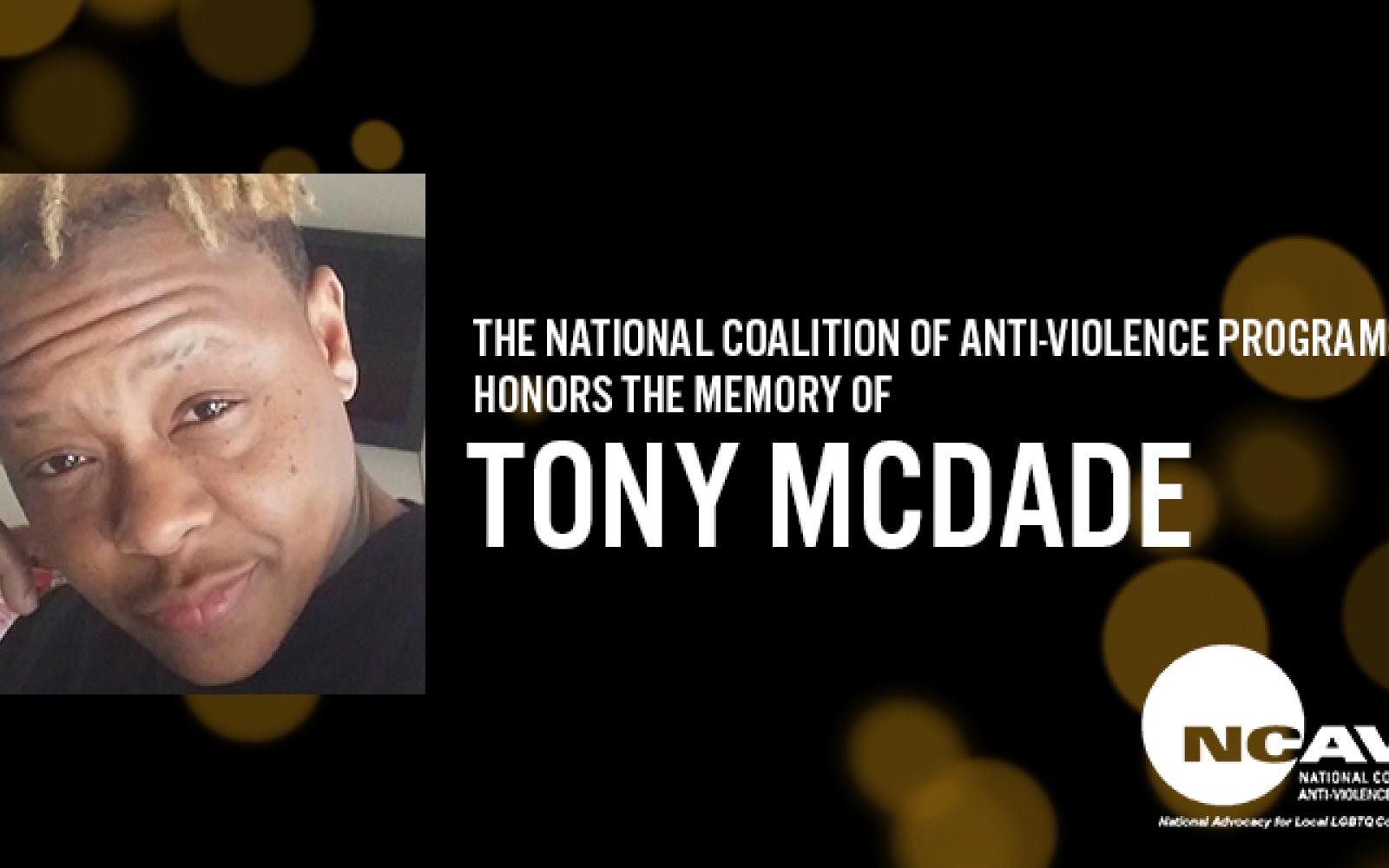 The Tallahassee Police Department has released the name of a person who was shot and killed in the Bond community after allegedly stabbing a man to death.

Natosha “Tony” McDade was killed by a TPD officer Wednesday morning outside Holton Street Apartments, said Officer Kevin Bradshaw, a TPD spokesman. It happened just minutes after McDade allegedly stabbed the man, whose name has not been released.

McDade, 38, who went by "Tony" and identified as a man on Facebook, posted a live video on the social media platform before the stabbing, vowing to get revenge on several men who attacked McDade the day before. Another video also circulated on Facebook showing a brutal attack on someone, purportedly McDade.

“You killed me,” McDade said in the live video. “I’m gonna kill you.” In the same video, McDade pledged there would be a “standoff” with the law, adding, “I’m living suicidal right now.”

Police have said they are reviewing the videos on social media and others as part of their investigation. But they have not publicly authenticated them.

The bloodshed sent shock waves through the the southside neighborhood and sparked allegations of police brutality against the officer who killed McDade. Various stories spread through the apartment complex that McDade was unarmed or perhaps holding a phone and didn’t resist before the shooting.

But TPD Chief Lawrence Revell said McDade was armed with a gun and pointed it at the officer, prompting him to use deadly force. McDade, was black; the officer, whose name has not been released, is white, witnesses said.

Late Wednesday, residents at the apartment complex in mourning set up a makeshift memorial next to a palm tree near the spot where McDade was shot. Some 20 or 30 people gathered, lighting candles and leaving behind flowers and posters.

“Black lives matter,” one of the posters said. “Justice for Tony,” said another.

“What I want is justice for her,” said Jose Picasso, who rushed outside his apartment after hearing gunfire and filmed the aftermath on his cellphone. “Because I feel like they wanted to kill her.”