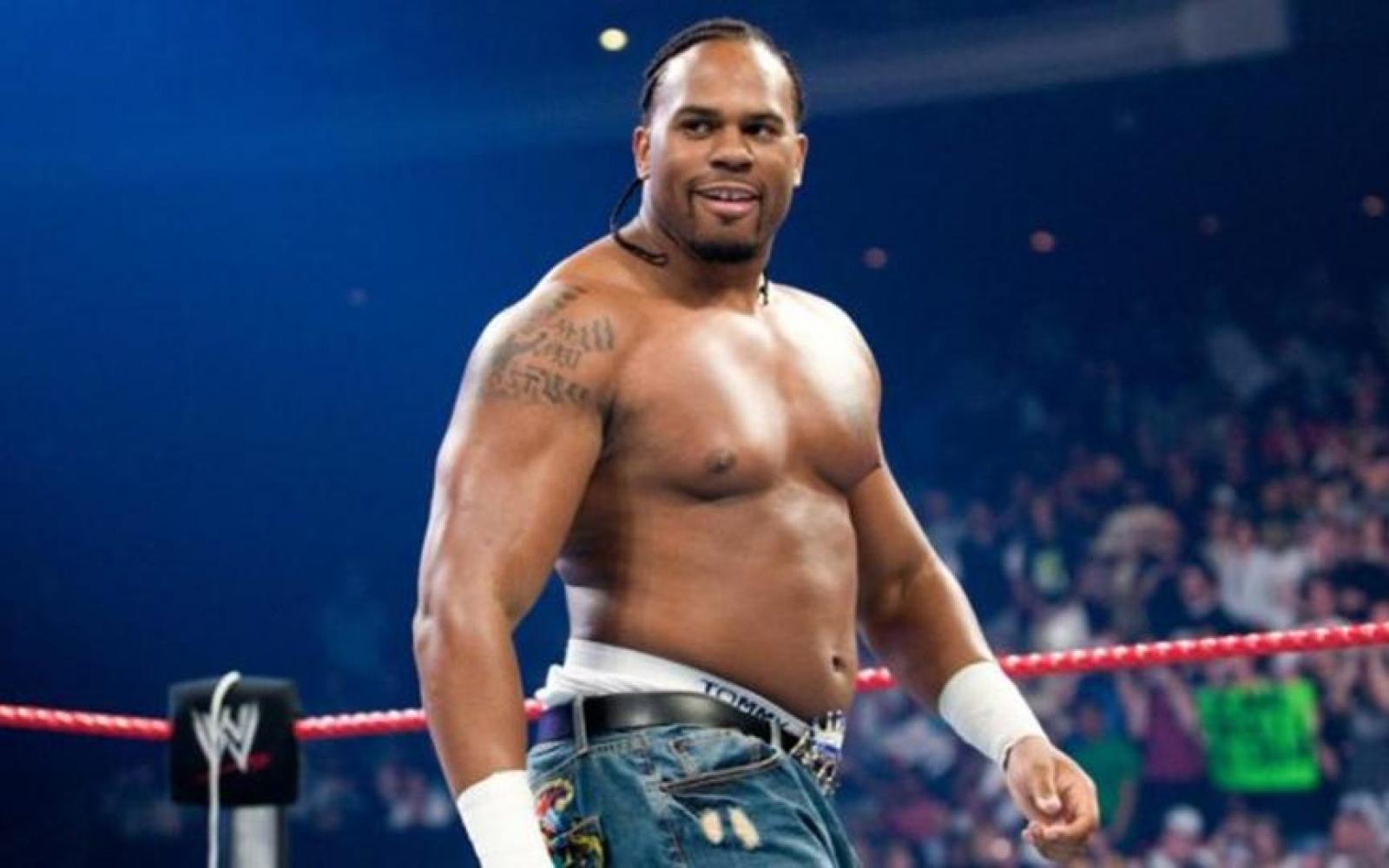 Former WWE wrestler Shad Gaspard was found dead Wednesday morning after he went missing while swimming with his son at Venice Beach over the weekend, police said.

A person at the beach found the body along the shoreline around 1:25 a.m., according to the Los Angeles Police Department. An investigator with the coroner’s office confirmed the body was Gaspard's, and the wrestler's family has been notified, police said.

In a statement on Wednesday, the WWE said it was saddened to learn about his death and "extends its condolences to Gaspard’s family, friends and fans."

He was about 50 yards offshore when a lifeguard saw that a "wave had crashed over Mr. Shad Gaspard and he was swept out to sea," the Los Angeles Police Department said in a statement on Tuesday.

Gaspard's son was found and did not require treatment at a hospital.

Chief Ken Haskett, with the fire department's Lifeguard Section, told NBC News that the lifeguard tried to pull Gaspard and his son to safety.

Gaspard pushed his son to the lifeguard, before "he got pushed back down under a wave, and that's the last he's been seen," Haskett said.

The wrestler was part of the WWE team Cryme Tyme and, since he stopped wrestling, he has pursued an acting career, according to NBC Los Angeles. He appeared in the movies "Get Hard" and "Think Like A Man Too," and the television shows "Big Time Rush" and "Key and Peele," among others.

Before joining the WWE, Gaspard played basketball at Georgia Perimeter College and was a bodyguard for Britney Spears, Mike Tyson and Sean "Diddy" Combs, the wrestling organization said in a statement. He also created his own graphic novel.

Gaspard was "admired by friends and colleagues for his warmth and humor" and "was no stranger to heroic deeds," the WWE said, noting that in 2016 he broke up an armed robbery in Florida and pinned the suspect to the ground until police arrived.

Jennifer L. Wolfson, Gaspard's publicist, remembered him as "one of the most wonderful people you could ever meet."

"He was so kind and respectful to everyone he came across," she said. "The world does a lot of wrong things quite often but this feels like a pretty low blow ... He was truly a real-life hero and almost all of his actions reflect that even until the end."

Many of the wrestler's former colleagues took to Twitter to express their condolences.

"I join fans around the world as we remember Shad Gaspard as a beloved performer and a caring father," Triple H tweeted. "In absolutely tragic circumstances, please keep his loved ones in your thoughts."

WWE wrestler Titus O'Neil wrote, "My Love, Thoughts, Prayers and Support Go out to The Family of Shad Gaspard. Nothing will ever Fix the loss of a loved one. As a Universe We owe it to ourselves and to others to Be a Positive Light in this world as long as we can Because Nothing is Ever Guaranteed."

Gaspard's wife, Siliana Gaspard, released a statement on Tuesday calling him a fighter with a "magical soul."

"We are hoping and praying for his safe return. As a family we thank you all for your concern and well wishes. Please continue to keep sending your positivity and prayers to our beloved Shad," she wrote on Instagram.