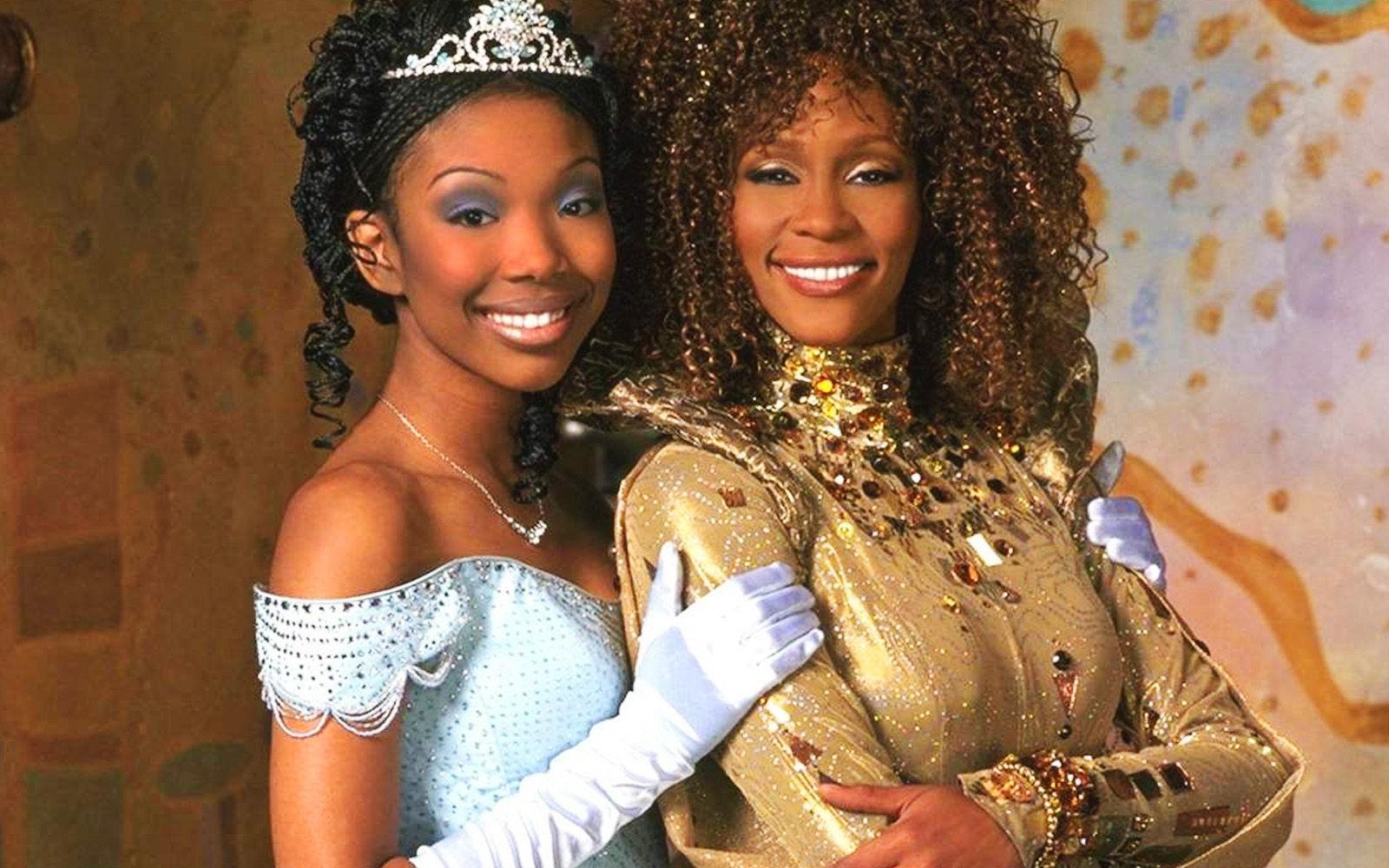 “Rodgers & Hammerstein’s Cinderella,” the 1997 TV movie that stars Brandy and Whitney Houston, is officially coming to Disney Plus.

Disney announced Thursday that the beloved musical movie will launch on the streaming service “at the stroke of midnight” on Feb. 12.

The movie’s streaming debut has been long-awaited by fans, and Brandy herself, who urged the streamer to pick up the rights to the project last summer, while promoting her latest album, B7. “Disney can come on up and scoop up Cinderella. That would be awesome,” she said. Well, consider your wish granted.

Thursday morning, Brandy reunited with Goldberg, appearing on ABC’s “The View”  to announce the news:

“It’s pretty remarkable that people have been begging for ‘Cinderella’ to be re-released for almost 24 years. I mean, what do you think, is it possible?” Goldberg teased.

“It’s definitely possible. I appreciate the fans,” Brandy replied. “I’m so excited that Cinderella has a home now at Disney plus and we can celebrate, and share, and inspire a whole new generation.”

“Cinderella” originally premiered during ABC’s “The Wonderful World of Disney” on Nov. 2, 1997. More than 60 million viewers tuned into the televised broadcast of the live-action fairy tale adaptation, which featured Brandy as Cinderella and Houston as her fairy godmother. The film was hailed as an instant classic, both for celebrating diversity and representation through its A-list cast (including Whoopi Goldberg, Victor Garber,  Bernadette Peters, Paolo Montalban, Jason Alexander, Veanne Cox, and the late Natalie Desselle Reid), and for Rodgers & Hammerstein’s pitch-perfect original songs, “Impossible,” “In My Own Little Corner,” “Ten Minutes Ago,” “A Lovely Night” and “Do I Love You Because You’re Beautiful?”

And it certainly didn’t hurt that two of the most popular music artists of the decade were singing the tunes. At the time of the film’s release, Houston was a five-time Grammy winner and the bankable star of “The Bodyguard,” Waiting to Exhale” and “The Preacher’s Wife,” while Brandy was beginning her run on the groundbreaking series “Moesha.”

In addition to becoming an fan favorite, the musical movie was also a critical success. It earned seven Emmy nominations in 1998, winning for art direction for a variety or music program.

Robert Iscove directed the film from a script by Robert I. Freedman. Rob Marshall, who later directed “Chicago,” “Into the Woods” and “Mary Poppins Returns,” served as choreographer. Houston, Debra Martin Chase, Craig Zadan, and Neil Meron were executive producers. Chris Montan served as a producer, while Robyn Crawford was an associate producer.

“I am absolutely thrilled that our Rodgers and Hammerstein’s Cinderella will finally be available on Disney plus!” producer Debra Martin Chase told Variety. “As the service got up and running, I became inundated on my social media by inquiries from fans asking why the movie was not included in its programming.”

After Brandy reached out, Martin Chase consulted with Disney Plus president Vanessa Morrison to resolve some outstanding rights issues.

“It is so rewarding that over 25 years later, our Cinderella is still relevant and beloved,” Martin Chase said.