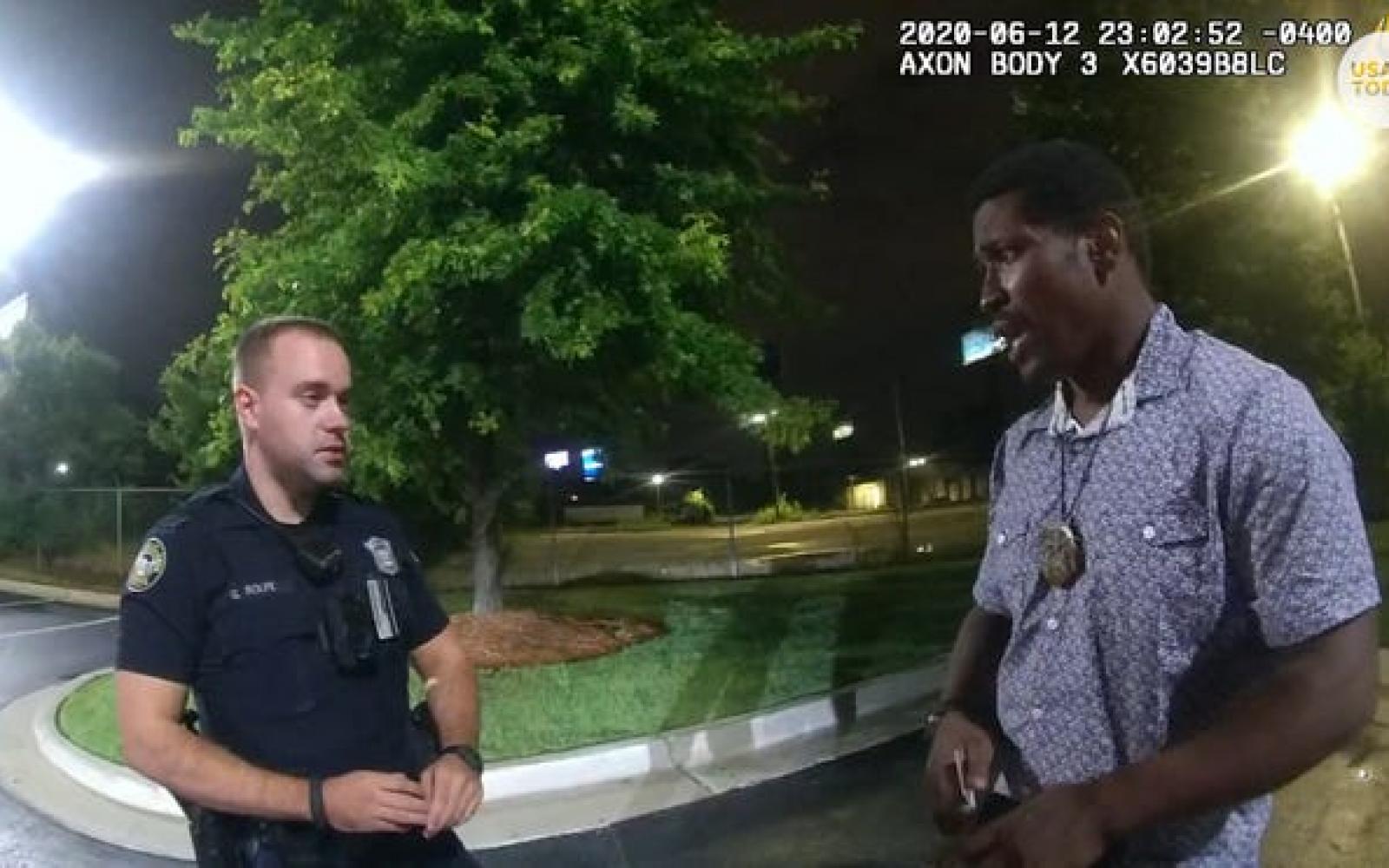 This is a breaking news story. We will be updating the story with new information as it comes in.

Brooks, 27, was shot and killed by Rolfe the night of June 12 at a Wendy's restaurant along University Avenue in southeast Atlanta. Officer Brosnan was also present during the shooting.

Howard said his office spoke with three witnesses and observed eight video recordings - including body camera footage from the two officers, surveillance footage from the Wendy's, and cell phone video from a witness.

"Mr. Brooks never presented himself as a threat,” Howard said, emphasizing the victim's “jovial” mood and the officer's failure to state he was under arrest for DUI, which goes against department policy, as part of the reasoning for the arrest warrants

The district attorney said that there is an Atlanta police policy that officers have to provide timely medical attention to anyone who was injuries. For two minutes and 12 seconds, there was no medical attention applied.

Instead, Howard said during the recorded video, they noticed that Rolfe kicked Brooks while he was down "fighting for his life." Brosnan was also seen standing on Brooks' shoulders while he is on the ground.

The officers were called late Friday over complaints of a car blocking the restaurant’s drive-thru lane. Brosnan arrived first and found Brooks alone in the car, apparently asleep. Brooks agreed to move the car, showed his license, and Rolfe arrived minutes later to conduct a sobriety check.

The 911 call that prompted police to respond to the scene of Rayshard Brooks' death has been released.

The two officers’ body cameras and the dash-mounted cameras in their patrol cars showed they spent more than 40 minutes peacefully questioning Brooks. The fighting erupted when they tried to handcuff Brooks.

One of the dash cameras recorded the brawl. As Brooks fights to stand, Brosnan presses a Taser to his leg and threatens to stun him. Brooks grabs the Taser and pulls it away. He struggles to his feet, the Taser in his hand, and starts running.

Rolfe fires his Taser and a yelp can be heard above the weapon’s electric crackle. Rolfe runs after Brooks, and seconds later three gunshots sound.

Both officers’ body cameras were knocked to the ground in the struggle, and none of the four police cameras captured the shooting. Footage released from a Wendy’s security camera showed Brooks turn and point an object in his hand at one of the officers, who was steps behind him. The officer draws his gun and fires.

The Fulton County Medical Examiner ruled Rayshard Brooks' death a homicide following an autopsy, which showed he died from two gunshot wounds to his back.