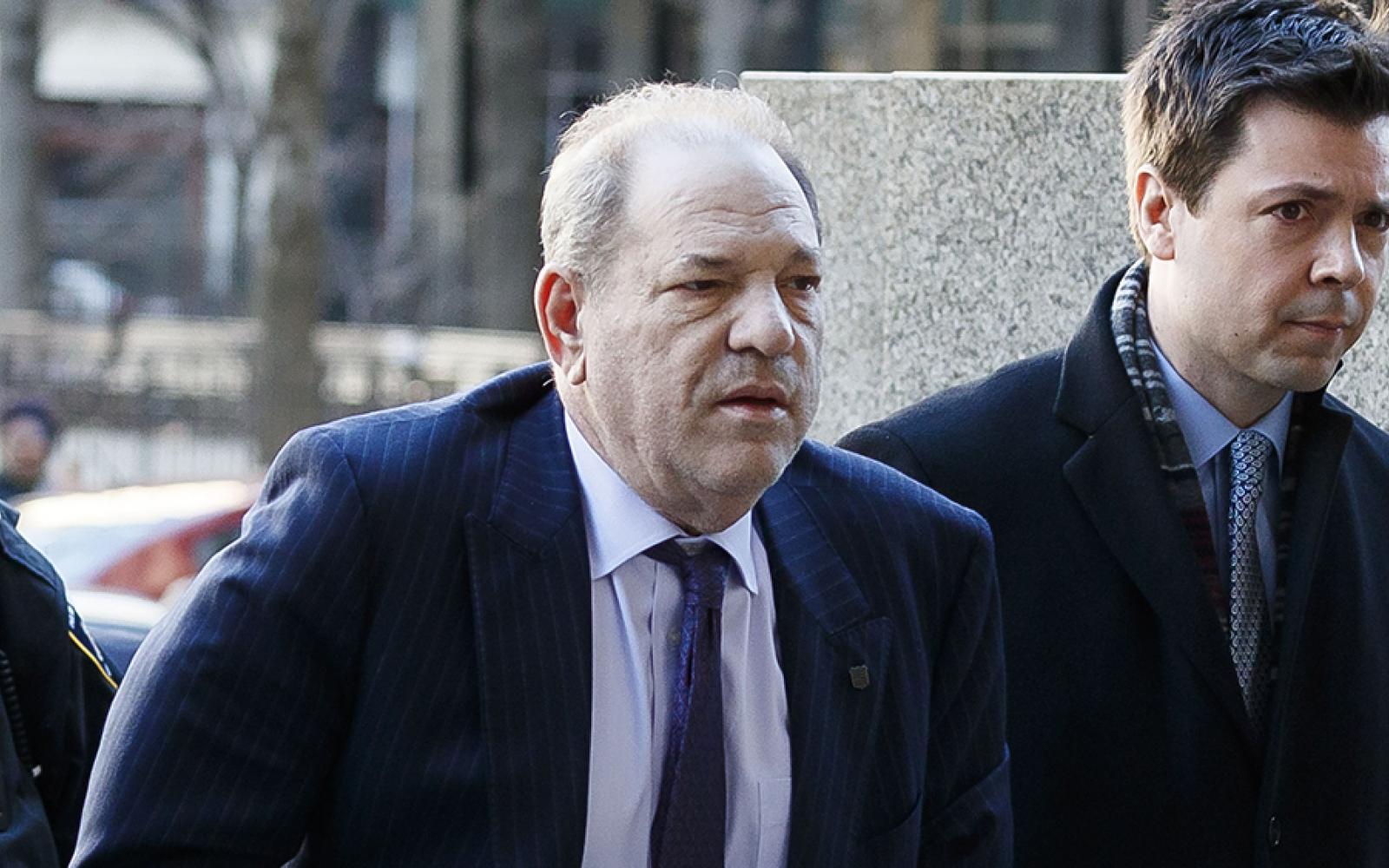 A New York jury has reached a verdict in the case of former Hollywood studio boss Harvey Weinstein's rape trial.

The verdict comes after jurors sent a note to the judge Friday afternoon asking if they could be deadlocked on up to two of the five counts -- both predatory sex assault charges -- on their fourth day of deliberations in the high-profile federal trial. They reached a verdict on Day 5 of deliberations.

The jury includes five women and seven men. In addition to the predatory sex assault charges, Weinstein is charged with first- and third-degree rape of accuser Jessica Mann, and with criminal sex assault of accuser Mimi Haley.

Sciorra, "The Sopranos," actress was front and center again Friday as jurors listened to a re-reading of more of her testimony before telling the courtroom they had had enough readback of the communications.

The jury had already focused on emails that Weinstein sent regarding Sciorra, including ones to the private Israeli spy agency he allegedly enlisted to dig up dirt on would-be accusers as reporters were working on stories about allegations against him in 2017.

Sciorra, now 59, was the first accuser to testify and took the witness stand nearly a month ago, telling jurors how the once-powerful movie mogul showed up unexpectedly at the door of her Manhattan apartment before barging in and raping and forcibly performing oral sex on her in late 1993 or early 1994.

On cross-examination, Sciorra was grilled about why she opened her door in the first place and didn’t find a way to escape if she was under attack.

Weinstein lawyer Donna Rotunno asked: “Why didn’t you try to run out of the apartment? Did you scratch him? Try to poke him in the eyes?”

Prosecutors say Sciorra weighed only about 110 pounds in those days, making her no match for the 300-pound Weinstein.

Weinstein's trial unfolded in a Manhattan courtroom, but its reverberations are felt far beyond, as his many accusers anxiously await the outcome.

The defense rested its case Feb. 11 without the disgraced Hollywood mogul taking the stand, setting the stage for closing arguments in a landmark #MeToo trial punctuated by graphic testimony from a total of six accusers.

As expected, Weinstein chose not to testify, avoiding the risk of having prosecutors grill him on cross-examination about the allegations.

In doing so, Weinstein followed the example of defendants in other high-profile sex crimes cases. They include Bill Cosby, who didn't take the witness stand either time he was tried for drugging and molesting a woman at his suburban Philadelphia home. After a mistrial in 2017, a second trial resulted in the comedian’s conviction.

Weinstein, 67, is charged with forcibly performing oral sex on Haley in 2006 and raping a different woman in a Manhattan hotel room in 2013. Other accusers were called as witnesses as part of a prosecution effort to show he has used the same tactics to victimize many women over the years.

The former producer and his attorneys have maintained that all of his sexual encounters were consensual, and the defense has portrayed the accusers who have testified as willing partners in a transactional exchange: Weinstein wanted sex, while they wanted to get ahead in the entertainment industry.