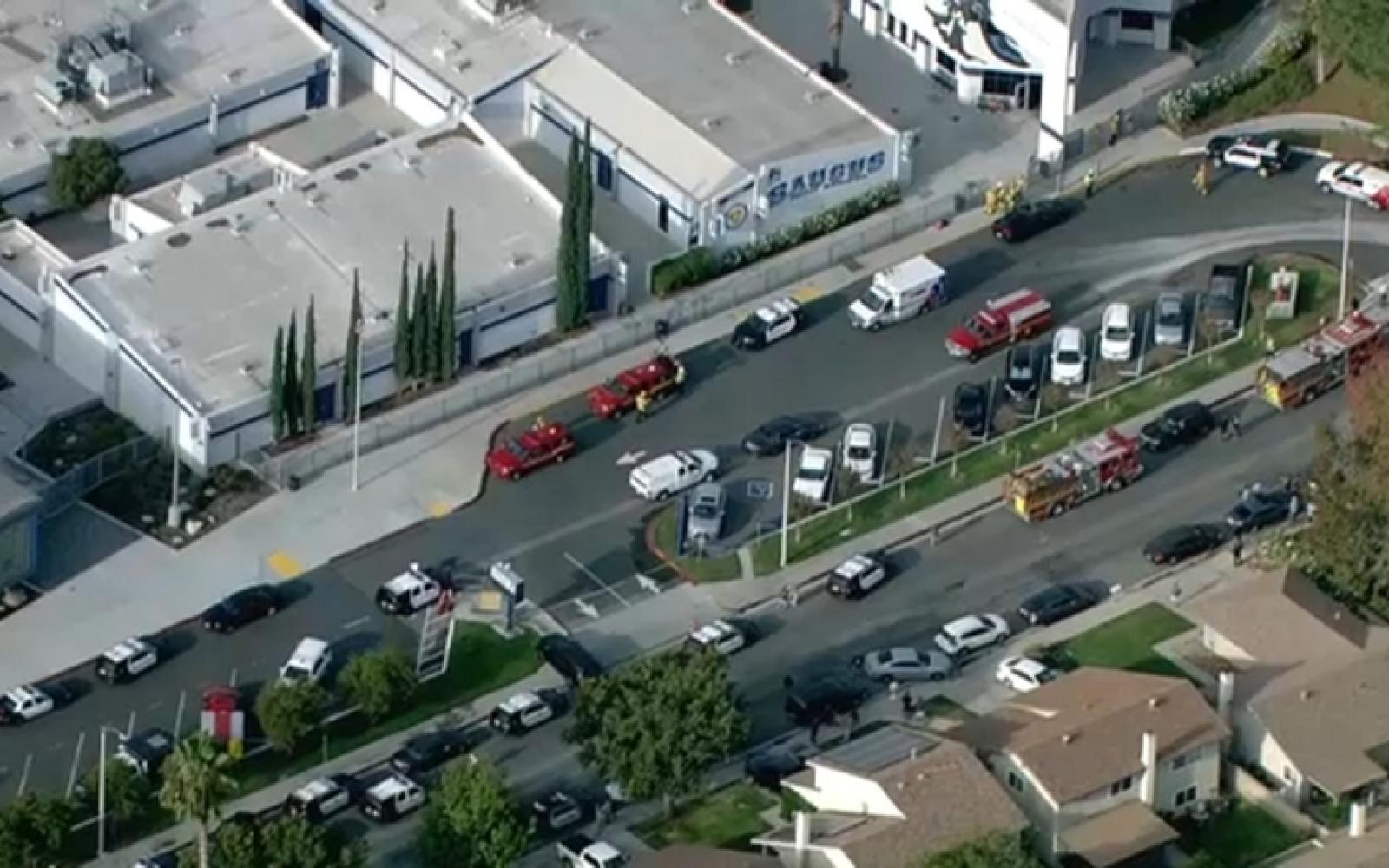 Multiple people were injured Thursday in a shooting at a Southern California high school, officials said.

The Los Angeles County Sheriff's Department said the suspected gunman, an Asian male wearing black clothing who was last seen at Saugus High School in Santa Clarita, was at large.

At least five victims have been hospitalized.

Two of the vicitims are in critical condition. Details about the other victims' conditions were not immediately available.

"This is an active shooter situation," said a tweet from the Santa Clarita Valley Sheriff's Office. "If you live in neighborhoods anywhere near Saugus High, PLEASE LOCK DOORS and stay inside. If you see suspect, male dark clothing, in backyards, etc. CALL 911"

The Santa Clarita Valley Sheriff's Office tweeted just before 8 a.m. local time to avoid the area of Saugus High School, about 40 miles north of Los Angeles. Minutes later, the office said people were reporting that shots had been fired at the school.

Saugus was placed on lockdown as were neighboring elementary schools and all of the schools in the William S. Hart Union High School District, officials said.