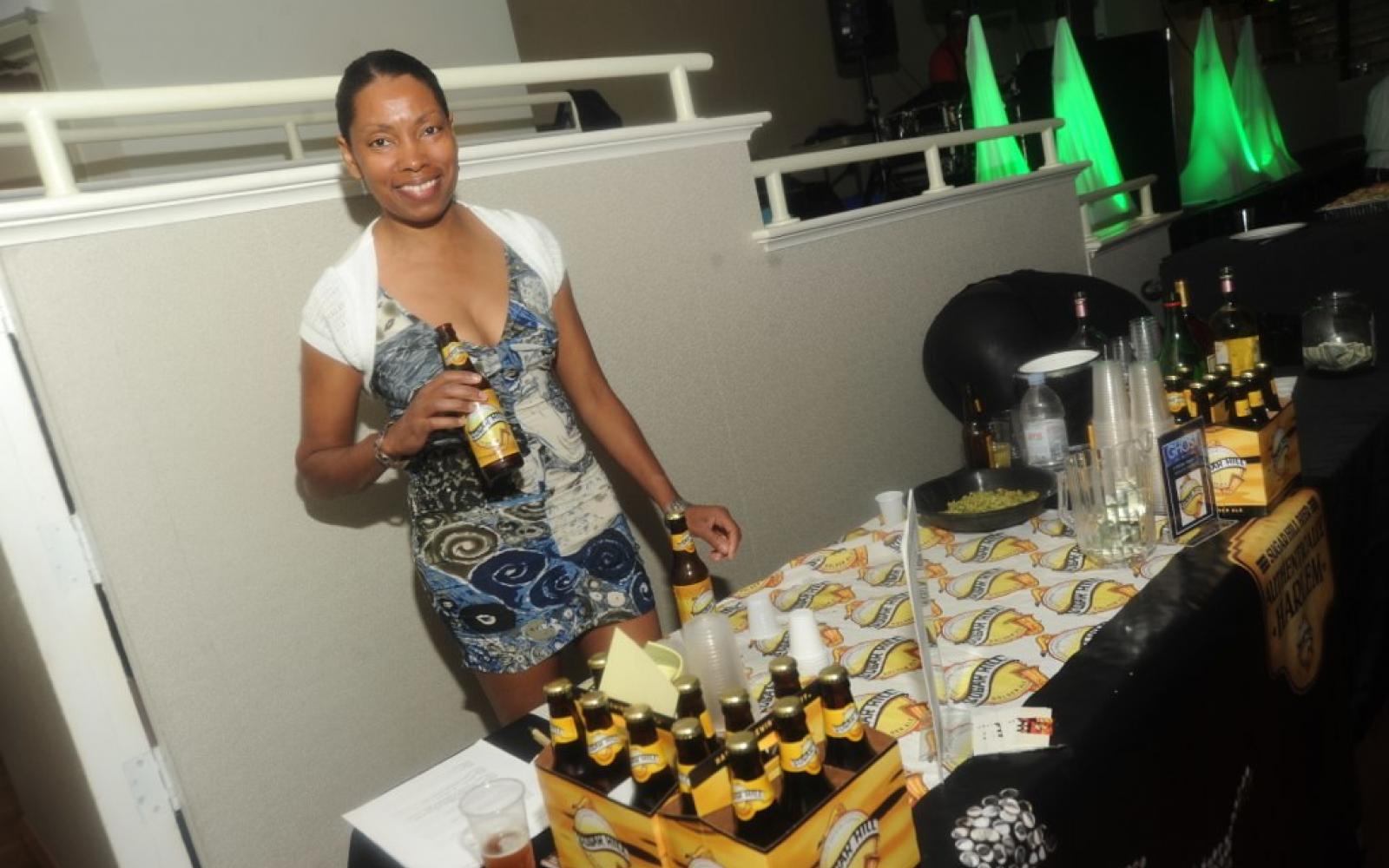 In an interview with Insider, we meet Celeste Beatty, the first black woman to own a brewery in the United States.  Beatty started the Harlem Brewing Company in her studio apartment back in the 90's.  She writes:

"We brewed our very first small batches in our studio apartment right across from Marcus Garvey Park in the 90s. The early beers were made with a home brew kit, a gift that sat in the closet for several weeks (that might explain why the first brewed weren't such a hit). We kept on brewing it, never giving up on trying to perfect our recipes. Today, we create artistic and intuitive beers inspired by the timeless rich history of Harlem and ancient traditions, whether experimenting with new styles and ingredients on our Pico Brew Zymatic or brewing up beers with natural yeasts during our Harlem Brewdio sessions. We continue to celebrate this heritage in all of our beers. Each one highlights amazing stories whether our flagship Sugar Hill Golden Ale, Renaissance Wit, and 125 IPA. The company was founded in November 2000 by entrepreneur and beer pioneer, Celeste Beatty, with the beer that took the A Train.

Harlem Brewing has more than 18 years of history and brewing tradition. Harlem born and raised, it's unique because of it refreshing layers of unusual flavors ut more importantly because of its passion for its Harlem heritage and flavorful recipes. This resulted in the People's Champ Award for Best Brews NYC and Best Beer at Beer and Bacon. The beers are sold in Europe and Asia and has been featured on MSNBC, FOX News, Forbes Magazine, New Brewer, Draft, People, and Ebony. Ask for it at your favorite local retailer or order online. Cheers!

See below for the video interview and be sure to grab yourself a pint!