Chick Fil A Says It Will No Longer Donate To Anti LGBTQ Organizations, We're Still Not Eating There 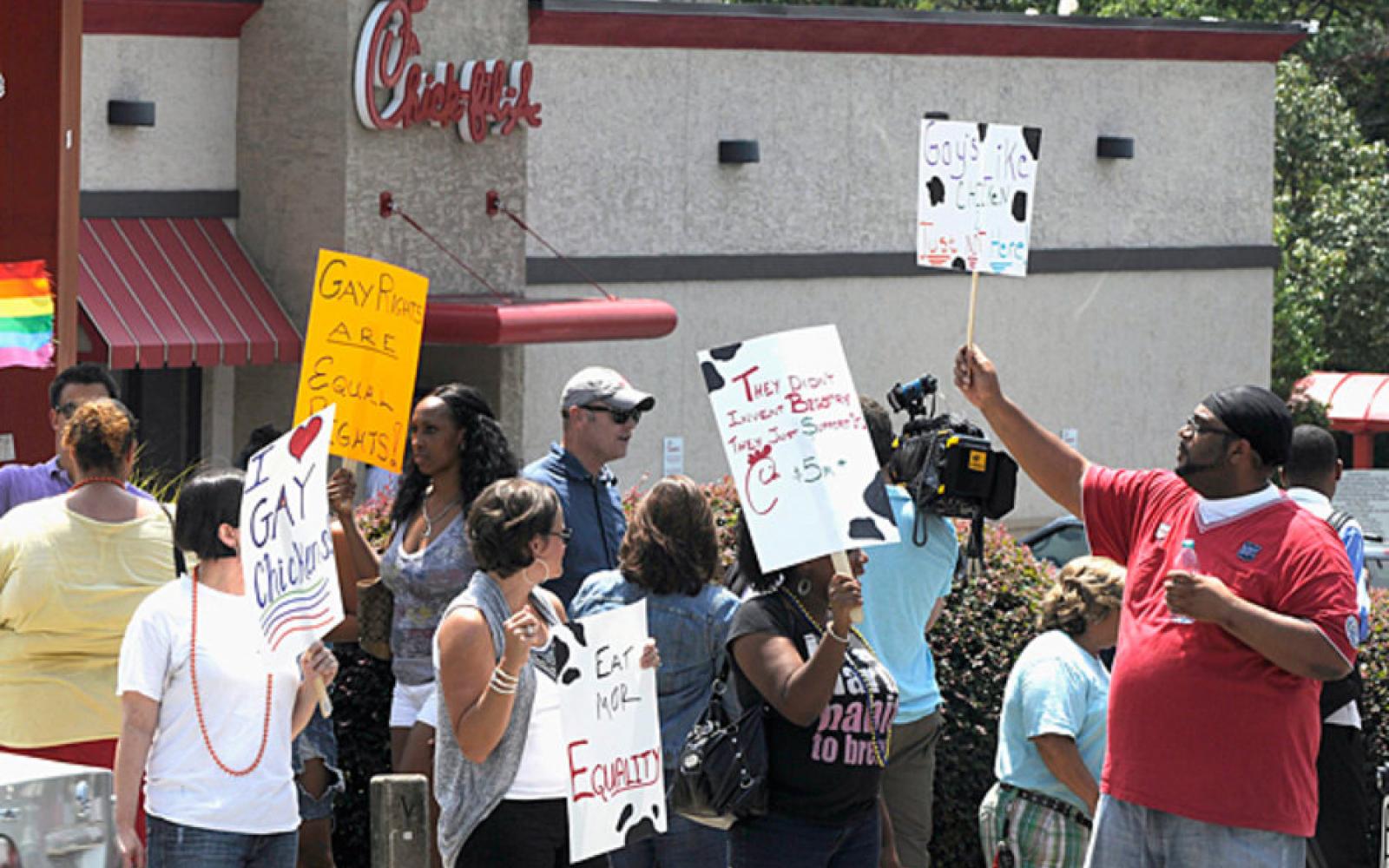 On Monday, Chick-fil-A announced it was making a major change to perhaps the most controversial part of the company: its charitable-giving arm.

In a press release, the company said it would "deepen its giving to a smaller number of organizations working exclusively in the areas of education, homelessness and hunger." A Chick-fil-A representative confirmed that the company would no longer donate to the Fellowship of Christian Athletes and the Salvation Army, two organizations that have been criticized by LGBTQ advocates.

"We made multiyear commitments to both organizations, and we fulfilled those obligations in 2018. Moving forward you will see that the Chick-fil-A Foundation will support the three specific initiatives of homelessness, hunger and education," the representative said in a statement to Business Insider.

Chick-fil-A had previously worked with the groups to fund specific programs — such as summer camps — that work directly with underprivileged children.

Chick-fil-A said that for 2020 it has committed $9 million each to those three initiatives: education, homelessness, and hunger. The company said that it was expanding partnerships with the education nonprofit Junior Achievement USA and the homeless-youth organization Covenant House International and that it would dedicate $25,000 to a local food bank following each new Chick-fil-A opening.

Chick-fil-A has faced backlash for its donations and those of its top executives for years. Before 2012, Chick-fil-A made significant donations to right-wing and religious organizations known for lobbying against LGBTQ rights through the WinShape Foundation.

Chick-fil-A stopped making donations to almost all of those controversial groups after facing backlash in 2012, when CEO Dan Cathy said he did not support same-sex marriage. However, the company continued its relationships with the Fellowship of Christian Athletes and the Salvation Army.

Rodney Bullard, the head of the Chick-fil-A Foundation, defended the donations in an interview with Business Insider earlier this year, saying they were "relevant and impactful in the community."

"For us, that's a much higher calling than any political or cultural war that's being waged," Bullard said.

Chick-fil-A has expanded significantly in recent years. By the end of 2018, Chick-fil-A was the third-largest chain in the US by sales, growing revenue by 16.7% in 2018 to reach nearly $10.5 billion, according to Nation's Restaurant News. Only McDonald's and Starbucks brought in more money in the US last year, and with vastly more restaurants.

As Chick-fil-A has expanded into new regions, it has faced backlash as a chain with an anti-LGBTQ reputation. In October, news broke that the six-month lease of a pilot location in the UK would not be renewed amid a protest with the stated goal of enlightening "potential patrons to the Chick-fil-A chain and their anti LGBT+ stance."