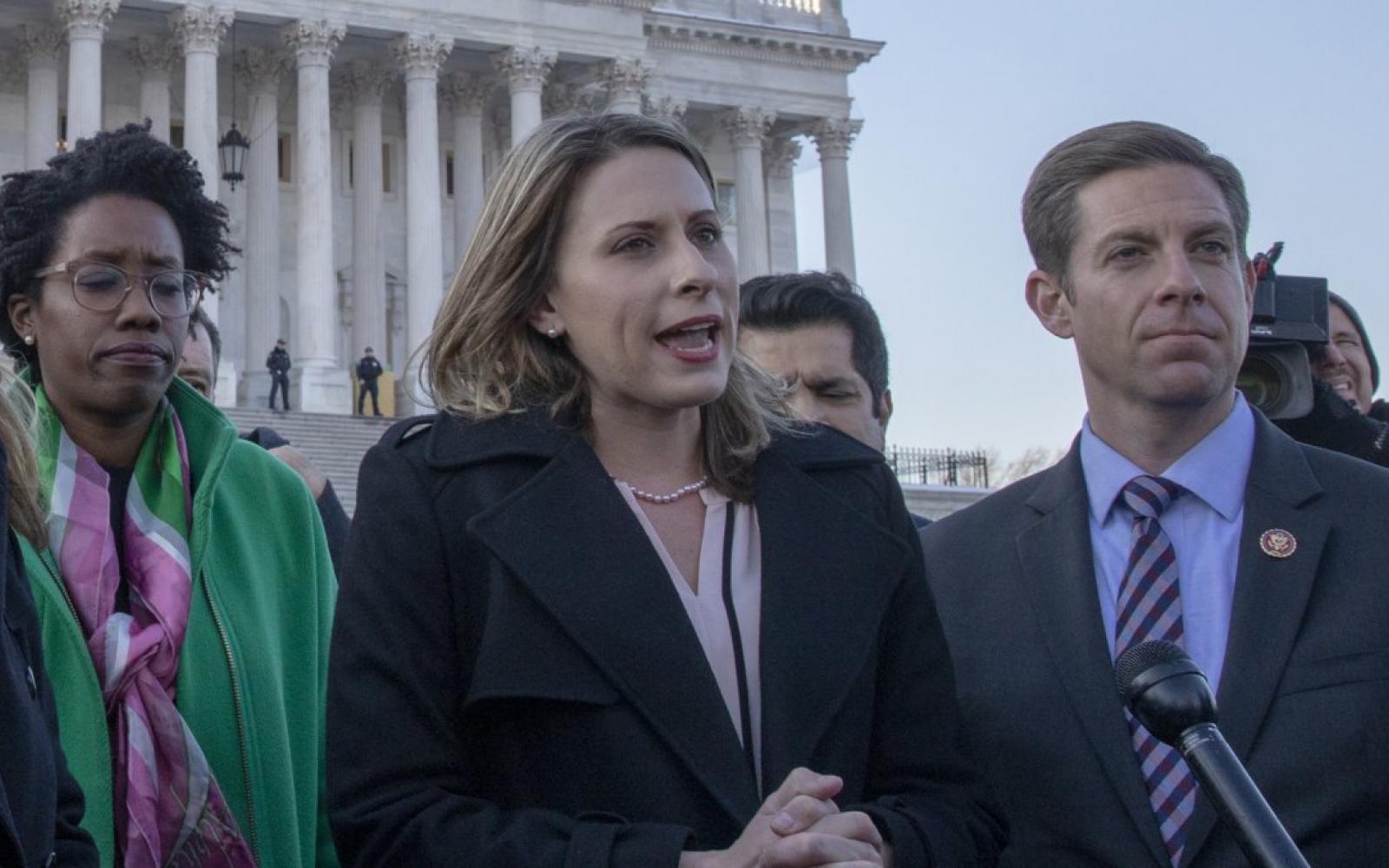 Freshman Rep. Katie Hill is resigning amid an ethics investigation over an allegedly inappropriate relationship with a staffer.

In a letter posted on Twitter, the Southern California Democrat attributed the resignation to an "abusive" estranged husband and "hateful political operatives" who she said were "driving a smear campaign built around cyber exploitation."

Her resignation was first reported by Politico.

The House Ethics Committee investigation of Hill, who was elected in last year's mid-terms, came amid unconfirmed allegations about her personal life reported by conservative site Red State.

She described the image as an "illegal" and "appalling invasion of privacy" that had been "weaponized" against her.

"We are currently pursuing all of our available legal options," she said. "However, I know that as long as I am in Congress, we'll live fearful of what might come next."

She added that she could no longer allow friends and supporters to "suffer this unprecedented brand of cruelty."

According to court documents obtained by CNBC, the two were married for nine years before Heslep filed for divorce in Los Angeles in July — one month after he said she told him she was leaving him.

She took their “only operable vehicle and left me stranded at our residence,” Heslep said in the documents.

Heslep also claimed that he got multiple jobs at the organization where Hill had worked because of her “influence.” He said he lost one of those jobs because Hill’s employer was concerned about “nepotism and how it looked that she was my boss,” the documents say.

Last week, Hill apologized after admitting that she had a "consensual" but "inappropriate" relationship with someone on her campaign. But she denied that she had an affair with a congressional staff member.

“I know that even a consensual relationship with a subordinate is inappropriate, but I still allowed it to happen despite my better judgment,” Hill said. “For that I apologize.”

Hill, who was the executive director of a homeless services organization before her election, is the freshman class' co-representative to the Democratic Caucus' leadership meetings.

In a statement Sunday, House Speaker Nancy Pelosi said Hill made "a great contribution as a leader of the Freshman Class."

"She has acknowledged errors in judgment that made her continued service as a Member untenable. We must ensure a climate of integrity and dignity in the Congress, and in all workplaces,” Pelosi said.