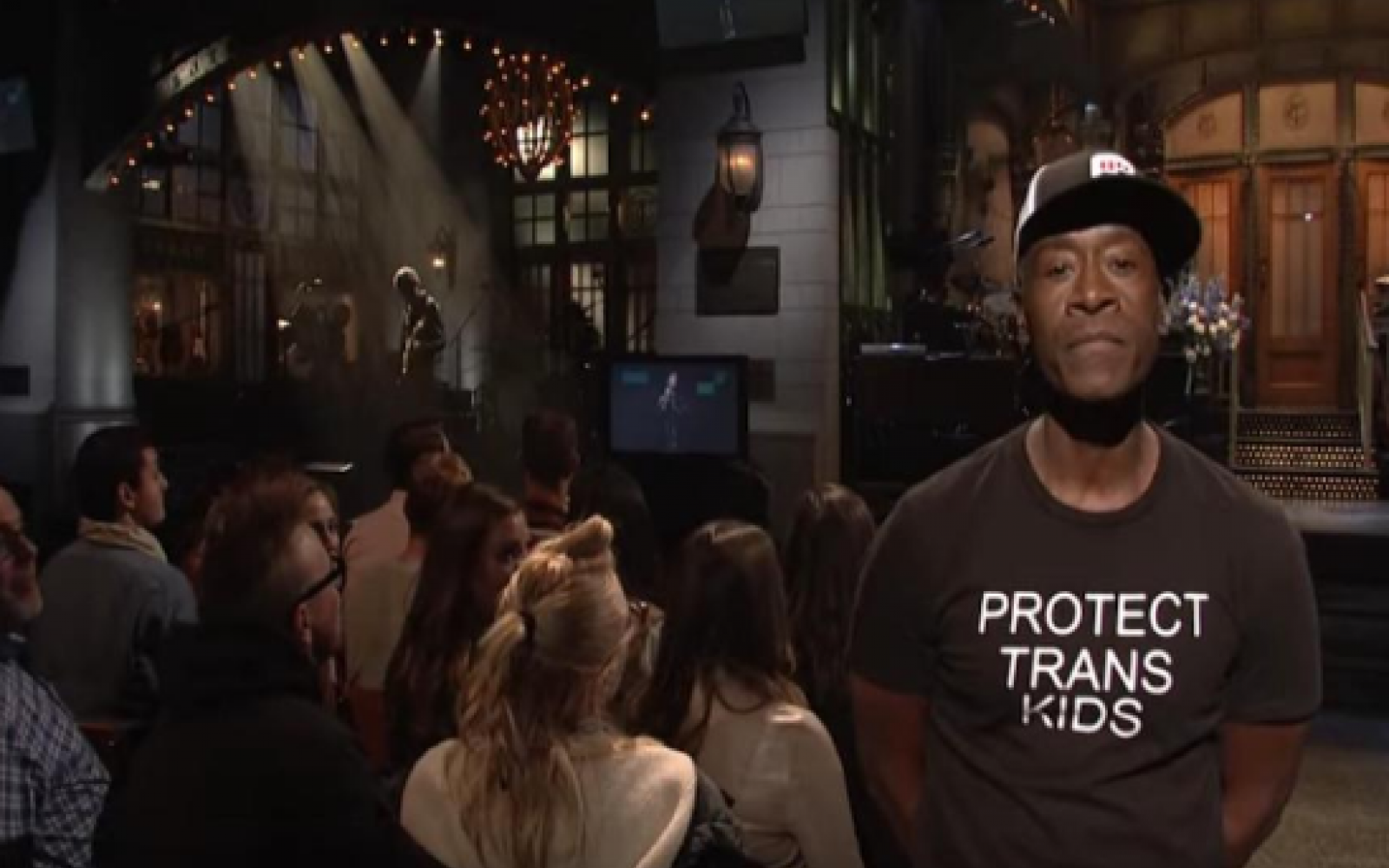 Now this is how you show you're an ally.  Don Cheadle took center stage as the host ofSaturday Night Live over the weekend, and between the hilarious (and frequently bizarre) sketches, the actor used his platform to take a subtle yet powerful political stance.

Before the night's impressive musical guest, blues-rock musician Gary Clark Jr., took the stage for his second set of the episode, Cheadle stood in the audience to introduce the performance.

Having changed out of his costume from the previous sketch during the commercial break, Cheadle rocked a simple black shirt with white letters that read "Protect Trans Kids."

He didn't call attention to the shirt directly, he just made sure to stand with his arms behind his back to allow the important message came across loud and clear before the musical number.

Many viewers on Twitter couldn't contain their love and appreciation for the actor's display of support for the trans community, thanking both Cheadle and SNL.

Cheadle has been a longtime political activist, working with philanthropic organizations to combat genocide and climate change and a champion for many other progressive social initiatives. It's nice to see he didn't let his public platform as SNL host go wasted.

God bless Don Cheadle. Nothing but respect for MY Rhodey #SNL #ProtectTransKids pic.twitter.com/KtOiJXzotQ