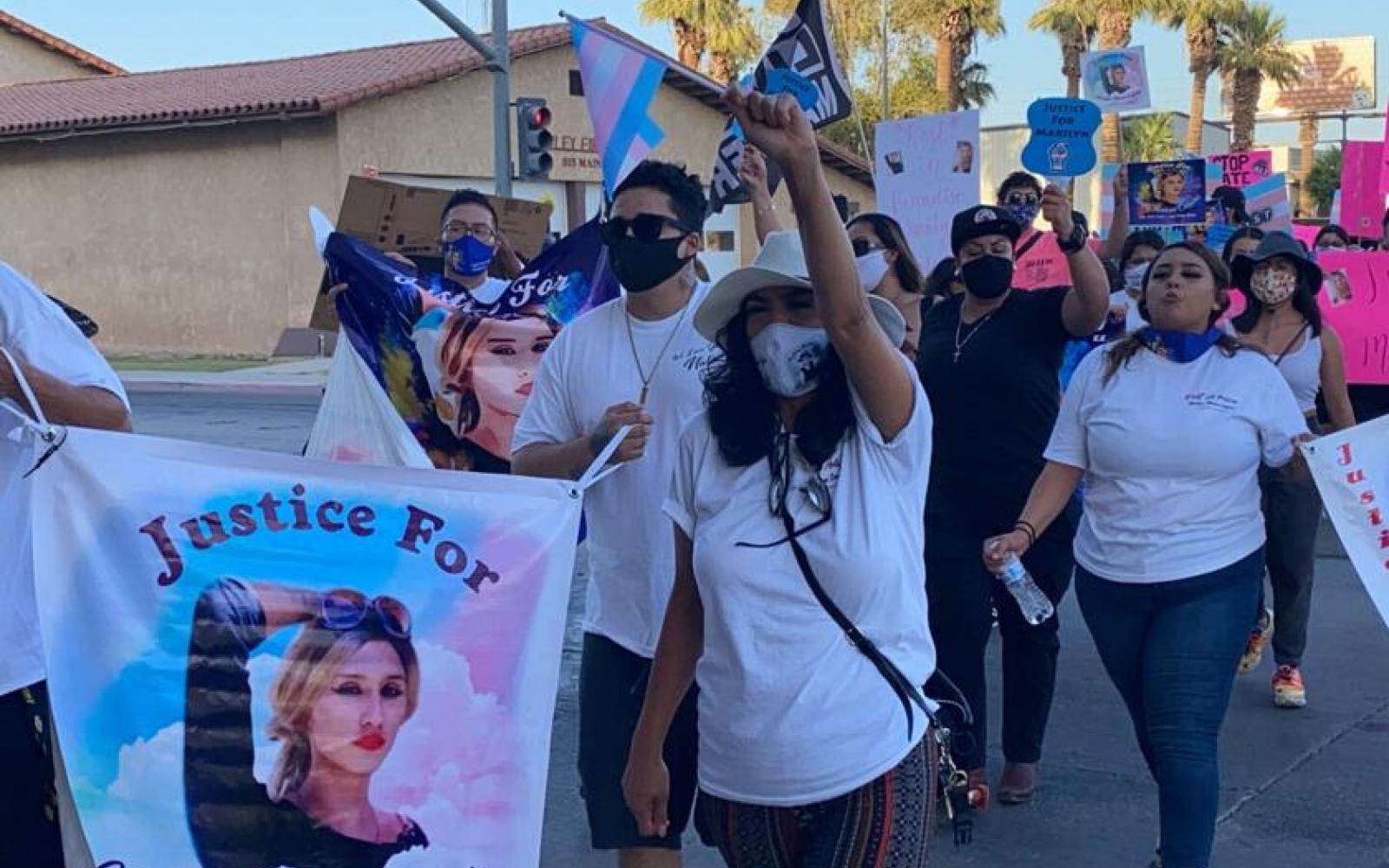 A march and vigil was held in Brawley, California Saturday, in honor of Marilyn Monroe Cazares, a 22-year-old transgender woman that was brutally murdered in July.

The Imperial Valley LGBTQ resource center helped the Cazares family organize Marilyn's march. Together they brought awareness to the transphobia that affected Marilyn and continues to affect others.

The Cazares' family shared stories about Marilyn and spoke on her bravery to be her true self.

“Today we come together to celebrate the life of Marilyn Cazares. Being little I always remember her being herself, she had a habit of sneaking in my room and playing with my dolls," said Aubrey Cazares, Marilyn's sister.

According to the IV LGBTQ Resource Center, Cazares was the 22nd transgender women killed this year in the U.S.

The Brawley Police Department is still investigating the murder along with the FBI and homeland security.