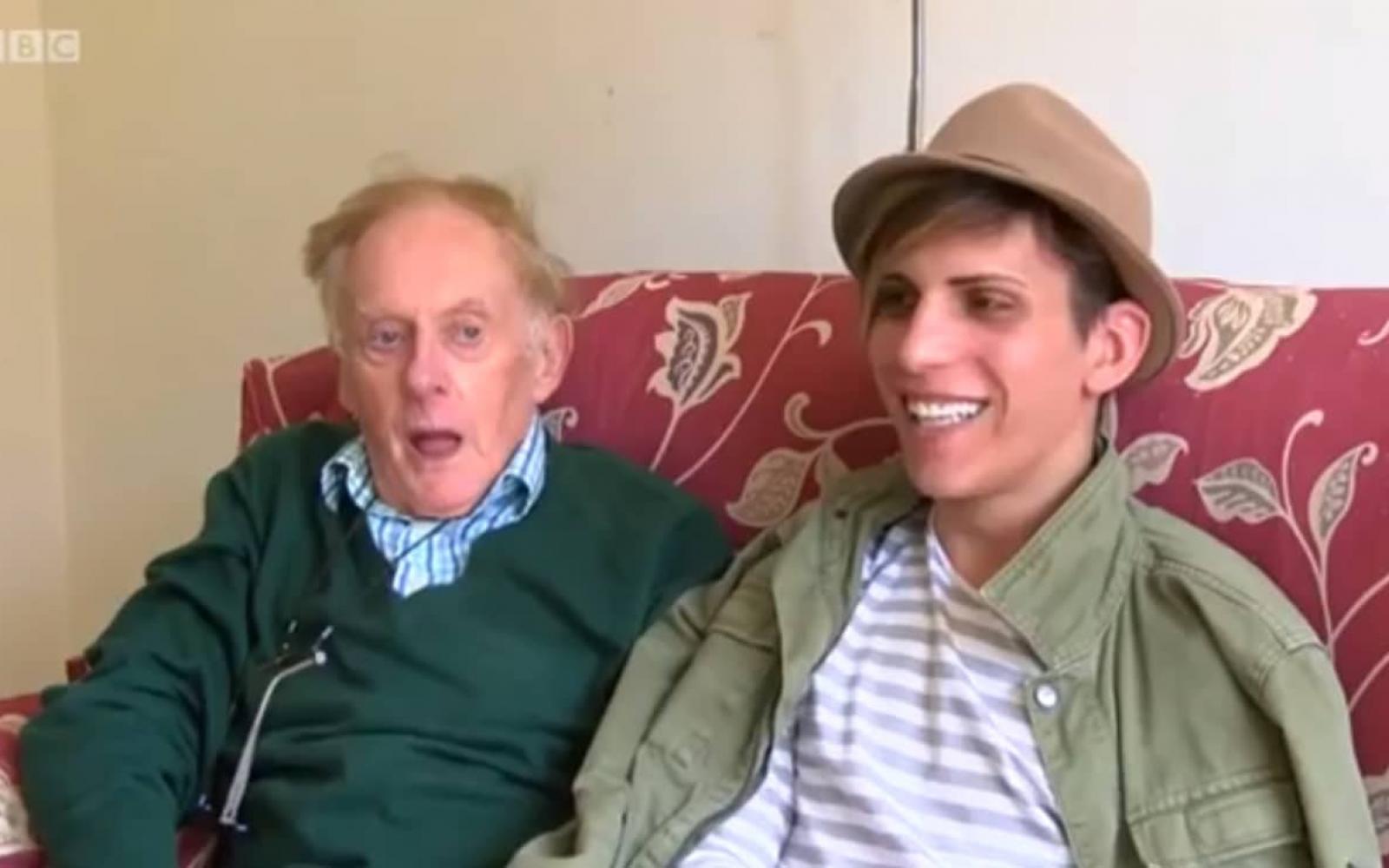 The family of an 81-year-old former vicar who left his 27-year-old Romanian toy boy husband more than £250,000 have accused his young lover of being a ‘gold digger’ who ‘set out to rob him from the moment they met.’

Philip Clements, a retired Church of England vicar, passed away alone on May 31 in a Bucharest hospital room that was closed to visitors amid the coronavirus pandemic.

Widow Florin Marin - who is 54 years younger than his husband - said he was upset after Mr Clements passed away but that two days of mourning 'is enough' and that his late husband would not want him to be sad.

Instead, he is now looking forward to enjoying millions in assets he was left by his husband.

Mr Clements, 71, hit back at Mr Marin, telling MailOnline that all he wanted from his relationship with Phillip was money.

‘I told my brother this many times. Florin is nothing but a gold digger who set out to rob my brother from the moment they met. And now he has got what he wanted.

‘The man is a disgrace. I made my feelings clear to Anthony many times. What has happened speaks for itself. Florin has cashed in and has done very well out of my brother.’

Mr Clements, a retired postman added: ‘The whole family feels the same way. I’ve spoken to my other brother Brian about it too and he’s not happy either about the way Florin has taken advantage of Phillip.

‘We were supposed to inherit Philip’s estate but now it’s all gone to Florin. But it’s not about the money because I would rather have my brother alive. What angers us is the way he’s been treated by his husband.’

Mr Clements revealed that he fell out with Phillip soon after his relationship with Florin started. He said he last spoke to him four years ago, when he visited him at his home after the two had temporarily split up.

He said: ‘They were always fighting and breaking up. On one occasion about four years ago I went to console Philip because he was in bits. I supported him through it, but I also told him that Florin was no good for him.

‘But he didn’t listen. Philip was a very intelligent man but not very street wise and it was easy to pull the wool over his eyes and take advantage of him. I could see what was going on but sadly, he couldn’t.’

Mr Clements said that he was informed about his brother’s death in a phone call from Florin on Sunday night.

He said: ‘I had never spoken to Florin before because I wasn’t happy about his relationship with my brother. I was too upset to say anything to him on Sunday night but if I get the opportunity again, I will. I want him to know how I feel.’

Mr Clements added that Florin then rang him again on Monday night informing him that Philip had left him two of his favourite photographs.

He fumed: ‘Florin told me that he’d send them to me. I didn’t engage in a long conversation with him because I don’t like him and I’m not happy about what he’s done.’

During the conversation, he was also told that once Philip’s funeral takes place in Romania, his ashes will be scattered in a lake in Bucharest he enjoyed visiting.

Mr Clements revealed that after Philip sold his home in Eastry, Kent he was so concerned that he was financially being taken advantage of that he reported the matter to the police.

‘Most of the money just vanished and you can guess where it went. The police said that I needed to produce evidence and that because my brother was of sound mind, there was nothing they could do.

‘But I was worried about what was going on from the moment he got together with Florin,’ he added.

Mr Clements’s partner Rhona, 66, who has been with him for 24 years said: ‘Philip was a lovely man and the whole family will miss him. Sadly, we will not be able to go to his funeral and we're not interested in speaking to Florin.'

The Sun newspaper reported that Florin declined to comment on the Clement family's reaction to his husband's death and inheritance.

However, Mr Marin appeared with Philip on the Jeremy Kyle show in 2018, Florin was asked about his intentions and what he thought about the perceptions that he was only with the former vicar for his money.

Mr Marin replied: ‘I love this nickname of gold-digger, people are so interested in me that’s why they have given me a nickname.

'I married him because I love him,' he added at the time.

Philip Clements, a retired Church of England vicar, passed away overnight on May 31 in a hospital room that was closed to visitors amid the coronavirus pandemic.

Widow Florin Marin - who is 54 years younger than his husband - said he was upset after Mr Clements passed away but that two days of mourning 'is enough' and that his late husband would not want him to be sad.