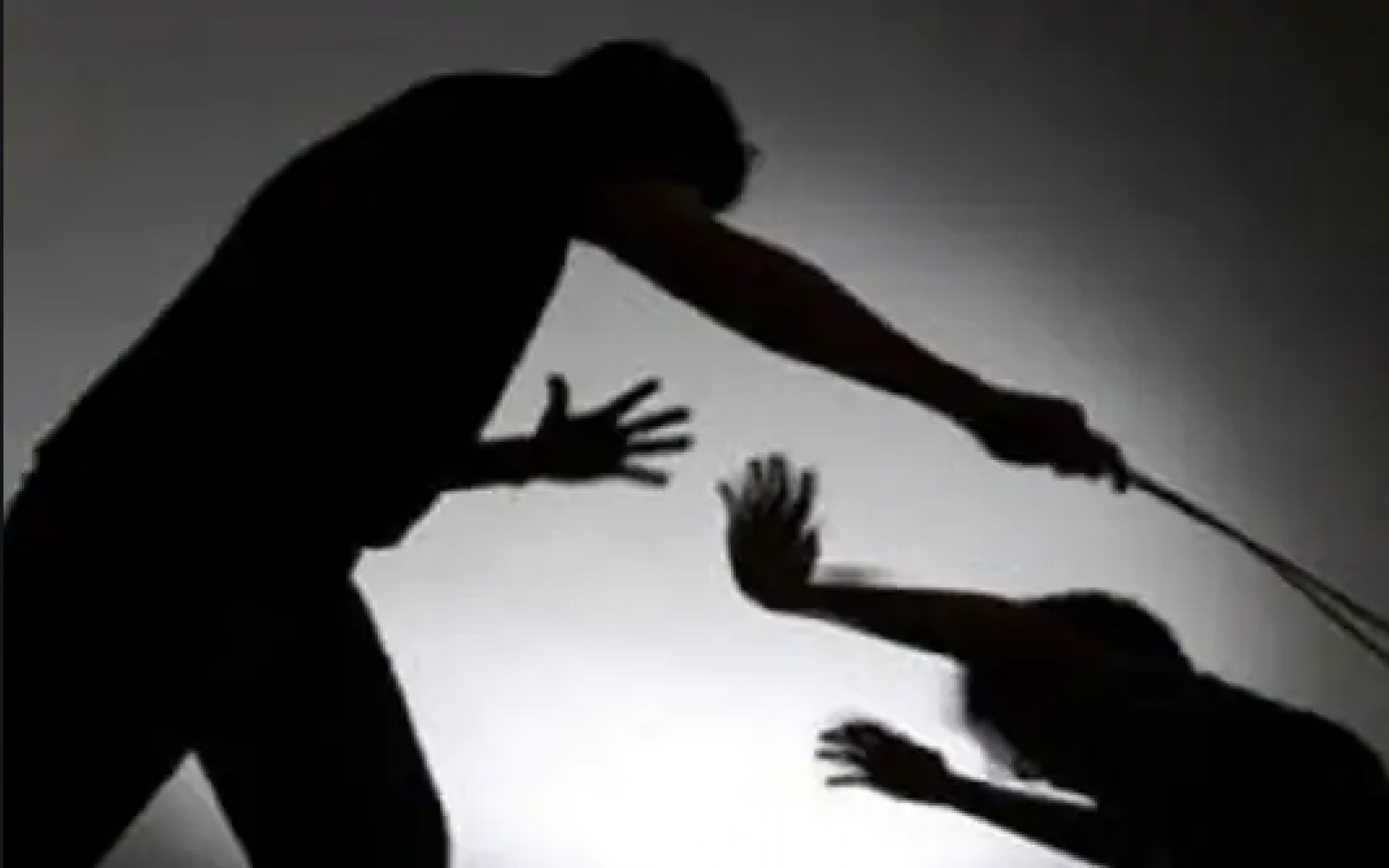 A dad made his teenage son undress and whipped him with a cable amid a torrent of homophobic abuse, a court heard.

A UK father lashed the 15-year-old about 20 times while telling him he was gay and a woman.

The man, in his 40s, made him strip to just his underwear after discovering he had joined the gay social networking site Grindr.

The boy escaped from the family home and broke down in tears at school, Plymouth Crown Court heard.

Jailing him for 18 months, Recorder Marcus Pilgerstorfer said: “In my judgement, this cruel and brutal punishment was motivated by his sexuality, or your perception of his sexuality.”

The judge said that having to strip to socks and underwear made the injuries worse while adding to the teenager’s degradation.

Recorder Pilgerstorfer QC said: “On the basis of the photographs, he is likely to be left with some scarring on his arm and he will inevitably suffer some psychological consequences.”

The father sought to argue through his solicitor that the attack was not driven by hostility based on his sexuality.

But the judge told the defendant: “You asked him about photographs of lots of boys on his phone and shouted: ‘You are gay’ and ‘you are a woman’.

“You shouted: ‘What’s that between your legs?’.

“You hit him again and again, some 20 times, with the television cable. You caused him ‘loads of pain’, to use his words.

“I have no doubt that part of the reason you became angry is that you saw material which you thought indicated he was bisexual.”

The defendant, who lives in Plymouth and is in his 40s, cannot be named to protect the identity of his son.

Francesca Whebell, for the Crown Prosecution Service, said that the boy, aged 15 at the time, was “exploring his sexuality”.

She added the night before the attack, the father asked to borrow his son’s phone and spotted some of the images.

Miss Whebell said he confronted the teenager who tried to explain them away before leaving to see a friend.

But the barrister added that his father confronted the teenager alone early the next morning, making the homophobic remarks.

She added that the father asked him to take his pyjamas off, leaving him wearing just his pants and socks.

Miss Whebell said: “He hit him multiple times across his body, particularly his arm, breaking the skin there.

“While he was beating his son, the defendant was continuing to ask questions.”

She added that the teenager escaped after his father allowed him to go and get a glass of water.

The court heard that the boy instead picked up his school uniform and left the house. He found a quiet spot to change before going to class.