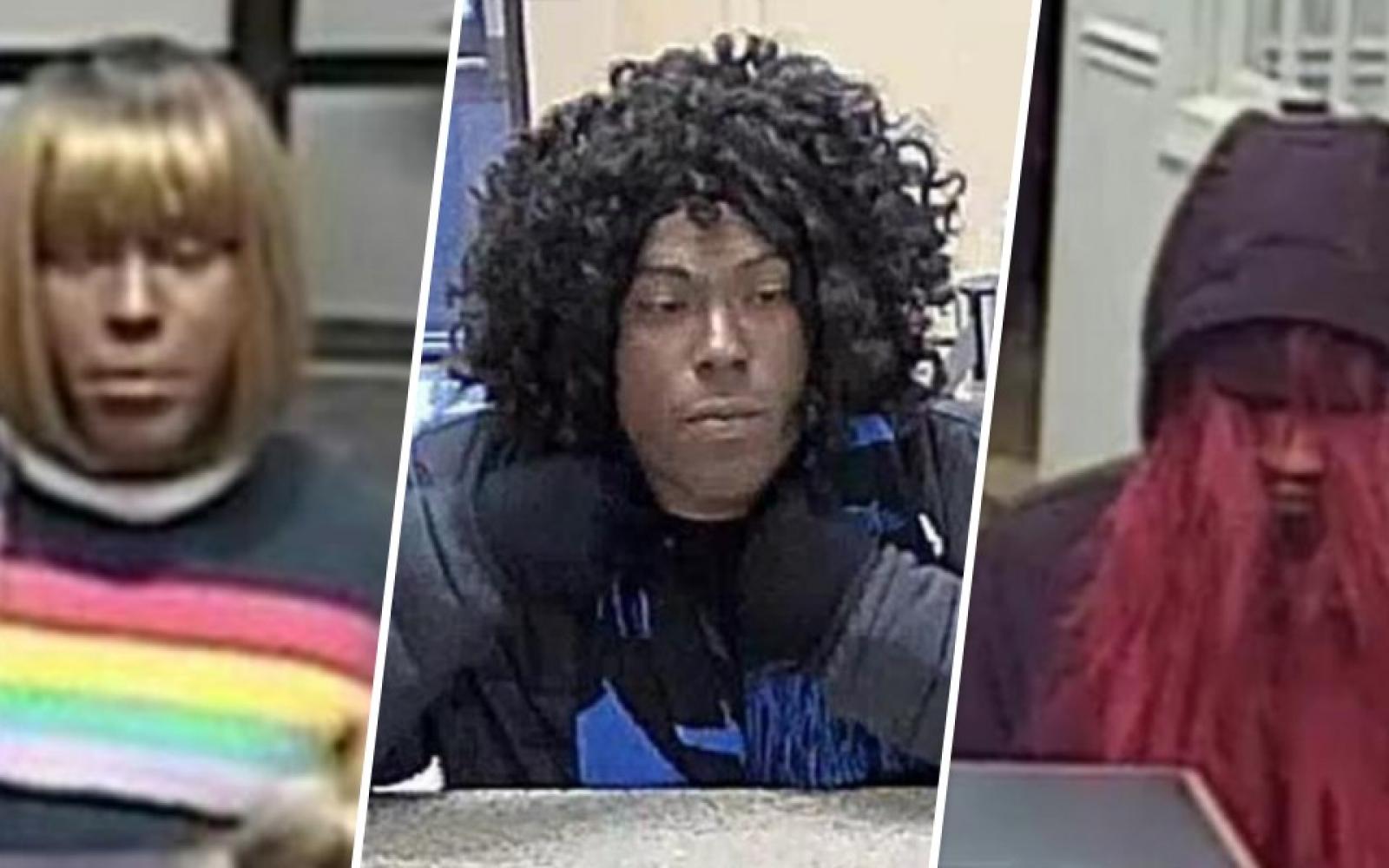 FBI agents in North Carolina are looking for a "Bad Wig Bandit," who has robbed at least three banks just outside of Charlotte, authorities said Friday.

A man, believed to be between 20 and 30 years old, has robbed banks in the past four weeks, wearing different wigs each time, FBI agents said.

The first bank targeted by the robber, whom the FBI has dubbed the "Bad Wig Bandit," was on Dec. 13 at the BB&T Bank in Huntersville, officials said. 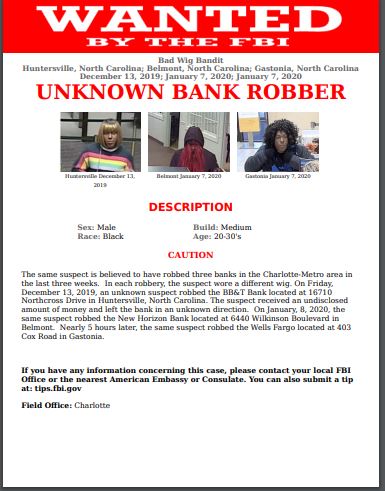