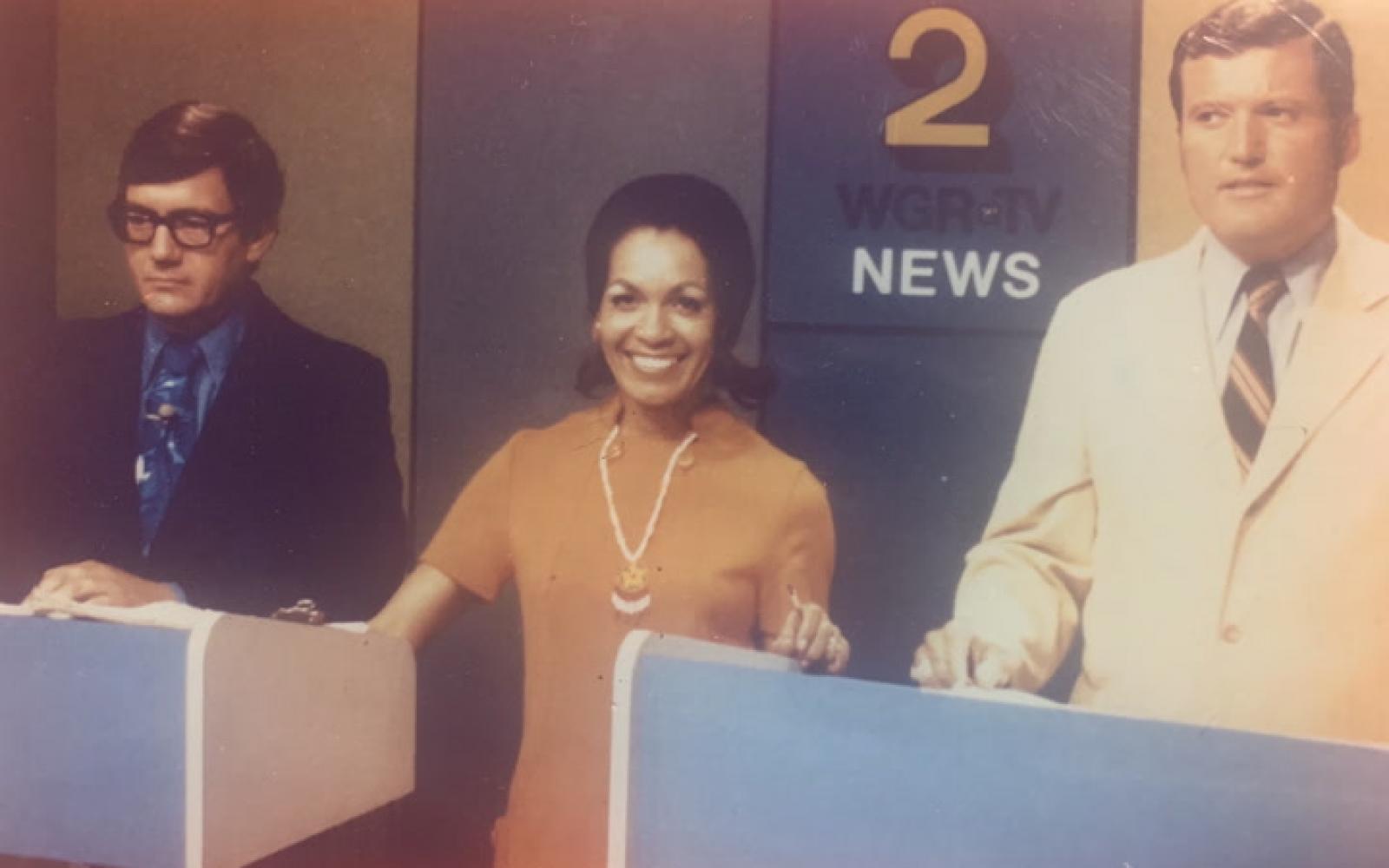 Dr. June Bacon-Bercey, a world-renowned meteorologist who was the first woman and African-American to be awarded the American Meteorological Society’s (AMS) Seal of Approval for excellence in television weathercasting, died over the summer, her daughter Dail St. Claire told AccuWeather.

The legendary forecaster died on July 3, 2019, at the age of 90, but her death went unreported until St. Claire reached out to AccuWeather with news of her passing late last month.

Bacon-Bercey was named Minority Pioneer for Achievements in Atmospheric Sciences in 2000 and is remembered for a groundbreaking legacy that includes being the first African-American woman to receive a degree in meteorology (in 1955) and America’s first female TV meteorologist.

In 1977, she also won $64,000 on the TV game show The $128,000 Question, which she used to start a scholarship fund for women studying atmospheric sciences, hoping the money would help women become meteorologists. "Education was No. 1, so scholarship was a passion and she always wanted to share it with those who were less fortunate," St. Claire said.

Twelve women received scholarship assistance from 1978 through 1990, and achieved advancements in the fields of geochemistry, physics, astronomy, meteorology, and oceanography, advancing to senior positions with the National Oceanographic and Atmospheric Administration (NOAA), NASA, MIT and several television stations across the country.

“I was discouraged (from becoming a meteorologist), and other women were discouraged,” Bacon-Bercey told The Washington Post in 1977. “If they feel they’ve got some money behind them, it might be better.”

Bacon-Bercey’s own career included working for NOAA, the National Weather Service (NWS), and eventually an NBC TV station in Buffalo in 1970 as a scientific news correspondent. Bacon-Bercey became an emergency replacement as a weathercaster one day and kept the job, becoming the station’s chief meteorologist.

"She wasn't in Buffalo very long, but she made Buffalo broadcasting history as the first woman of color to be on a TV news anchor team here," said Buffalo-area historian Steve Cichon. "She was also the first scientist to have the job here. She was an important trailblazer in many ways."

“My mom was my mentor and my role model in my life,” said St. Clair, who is the Chief Operating Officer at Park Avenue Finance. “I always speak about my mom in my life whenever I have a chance to speak in different venues. There’s no question that my career, while different, the work ethic and discipline and persistence and uncompromising goal to be excellent at all costs is what I learned from my mom.”

Bacon-Bercey helped found the AMS Board on Women and Minorities to increase the number of women and minorities in the atmospheric sciences.

“She was obviously extremely successful….” NOVA's director of education and outreach Ralph Bouquet told AccuWeather. “She did so much and also gave back in so many prominent ways – with a scholarship, with setting up a meteorology lab at Jackson State University, just really impressive things that one person was able to accomplish.

“How many people could have done that, could have been in that position to produce so much but also give back so much?”