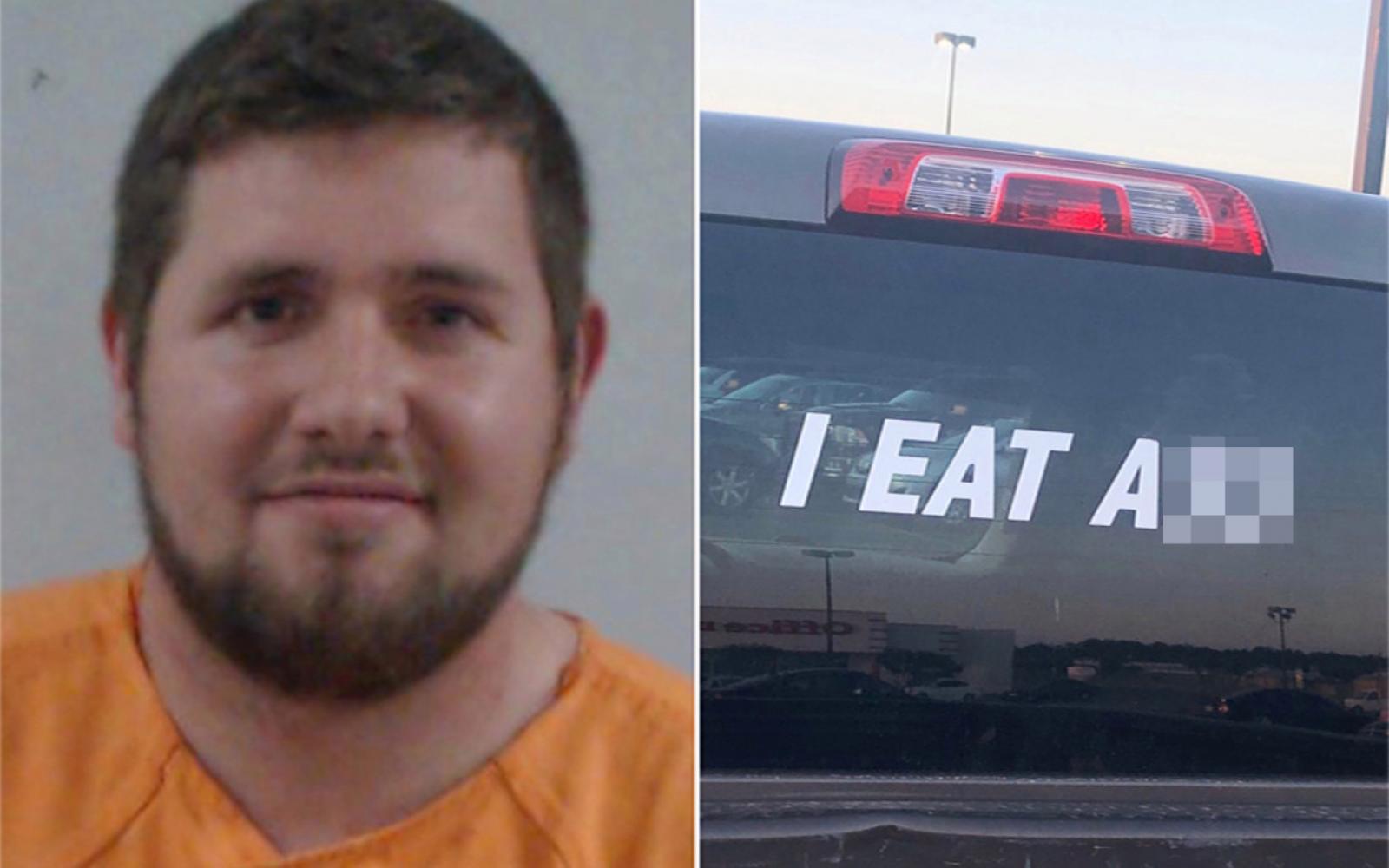 A man was arrested in Florida for refusing to remove a bumper sticker on his vehicle that read “I eat a–,” a report said on Tuesday.

Dillon Shane Webb, 23, was driving a brown Chevrolet truck on Sunday when a deputy noticed the sexually suggestive sticker fastened to the rear window and alerted Webb that it violates a state obscenity law, according to the Lake City Reporter.

The Florida man who gained instant internet fame for choosing jail instead of removing the “I eat a–” decal on his car said Wednesday that only “sour apples” don’t like his raunchy sticker — which he will continue to display with pride.

Dillon Shane Webb said he was fighting for his First Amendment rights Sunday afternoon in Lake City when he refused police orders to remove the sexually suggestive bumper sticker from his Chevrolet truck.

“It was the fact that I was standing up for what everybody back in the day fought for — that freedom,” Webb told The Post.

The 23-year-old insisted he doesn’t engage in the particular act purported on the decal, but said he is willing to face jail time to protect those who choose to say they do.

“I’ve got to fight for free speech,” Webb continued. “It needs to be kept alive for a reason.”

Webb said he purchased the decal with pals, who all put them on their cars. He had been driving around with it for a week before he was pulled over.

“It was part of me and my friends’ group,” Webb said. “We just point and laugh and take pictures and so does everyone else, besides a couple sour apples.”

Not among the fans was the deputy who confronted him on US Highway 90 about the signage on the brown truck’s rear window.

The officer warned the Webb the sticker violated a state obscenity law. Webb responded by claiming the content of the decal was “just words,” police said.

When asked how a mom or dad would explain the sticker to a young child, Webb reportedly replied that it would be “up to the parent.”

Webb was asked whether he would remove one letter of the sticker, but he refused, citing his First Amendment right, according to authorities.

Webb now faces charges for obscene writing on vehicles and resisting an officer without violence. He was booked at Columbia County Detention Facility and released about an hour later when his mom posted his $2,500 bond, he said.

“She supports her son like any other mother would,” Webb said.

The self-described First Amendment crusader said he plans to drive to his next court appearance May 21 with the decal intact.