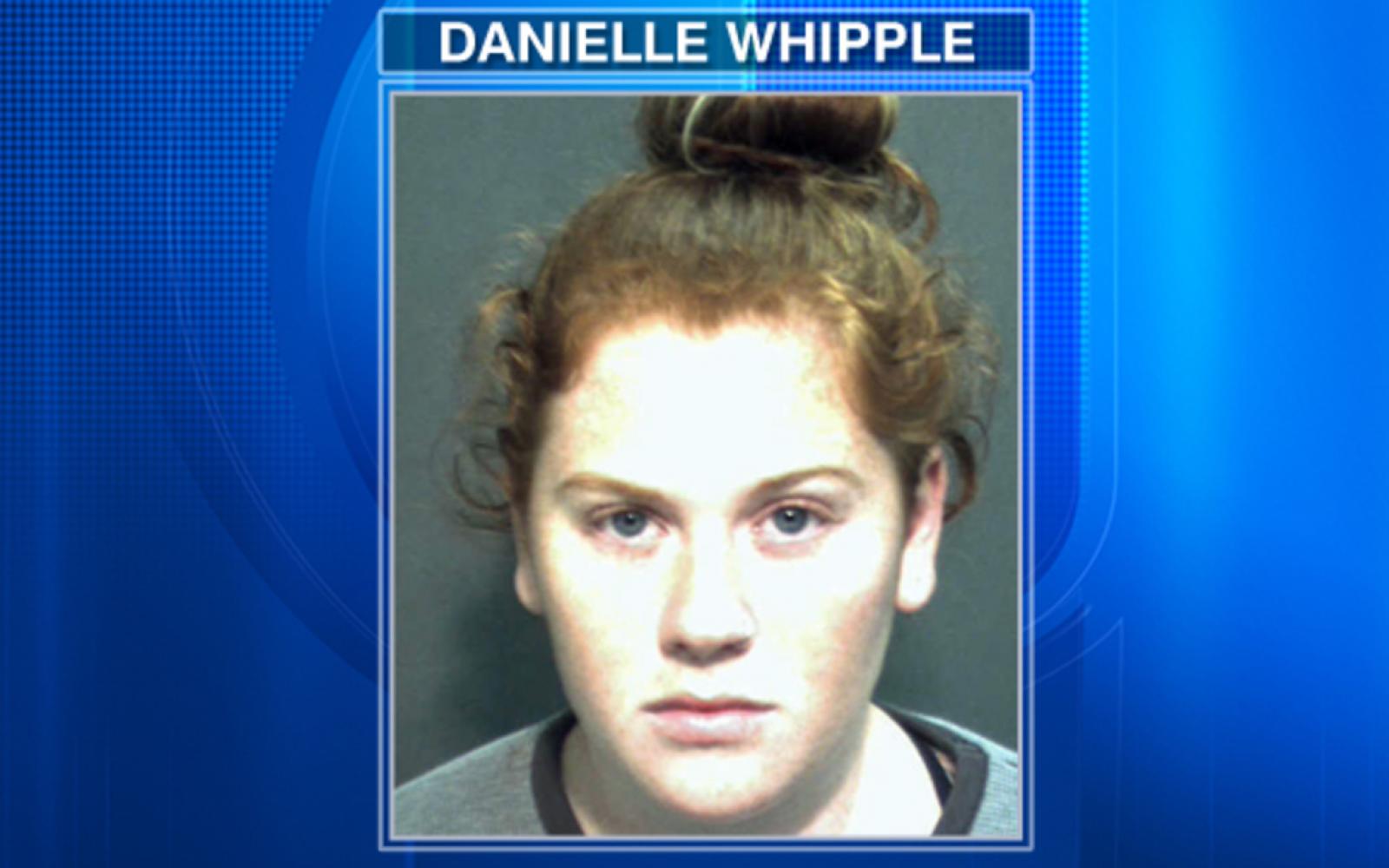 An Orange County mother was arrested after an anonymous tip led deputies to find her child with a black eye.

Witnesses told deputies 24-year-old Danielle Whipple was disciplining her child after realizing the kid flushed $720 of rent money down a toilet.

The child said that was done because Whipple wouldn't watch a movie, an arrest report states.

Deputies were called to Whipple's home about 7:45 p.m. Sunday when someone reported seeing a woman beating a child, the report states. The caller described the woman's appearance and said the child's nose was bleeding.

When deputies got there, they found Whipple matching the description and crying, saying "I'm going to lose custody of (the child)," the arrest report states. The child was there with her, with a black eye and a red handprint on a cheek.

Roommates told deputies they didn't see what happened, but they heard Whipple yelling and "spanking" the child. One roommate said she heard "multiple slapping sounds" and the child crying, according to the report. Another roommate said he heard "a couple smacks" and then Whipple say, "I wish I never had you."

Deputies talked with the child, who said the money was flushed because Whipple didn't want to watch a movie.

The child's age and gender were not released. The location of the alleged beating was blacked out of her arrest report.

Whipple is facing a felony child-abuse charge and was released Monday from the Orange County Jail on bail.

The Florida Department of Children and Families was notified and the child is staying with Whipple's boyfriend.