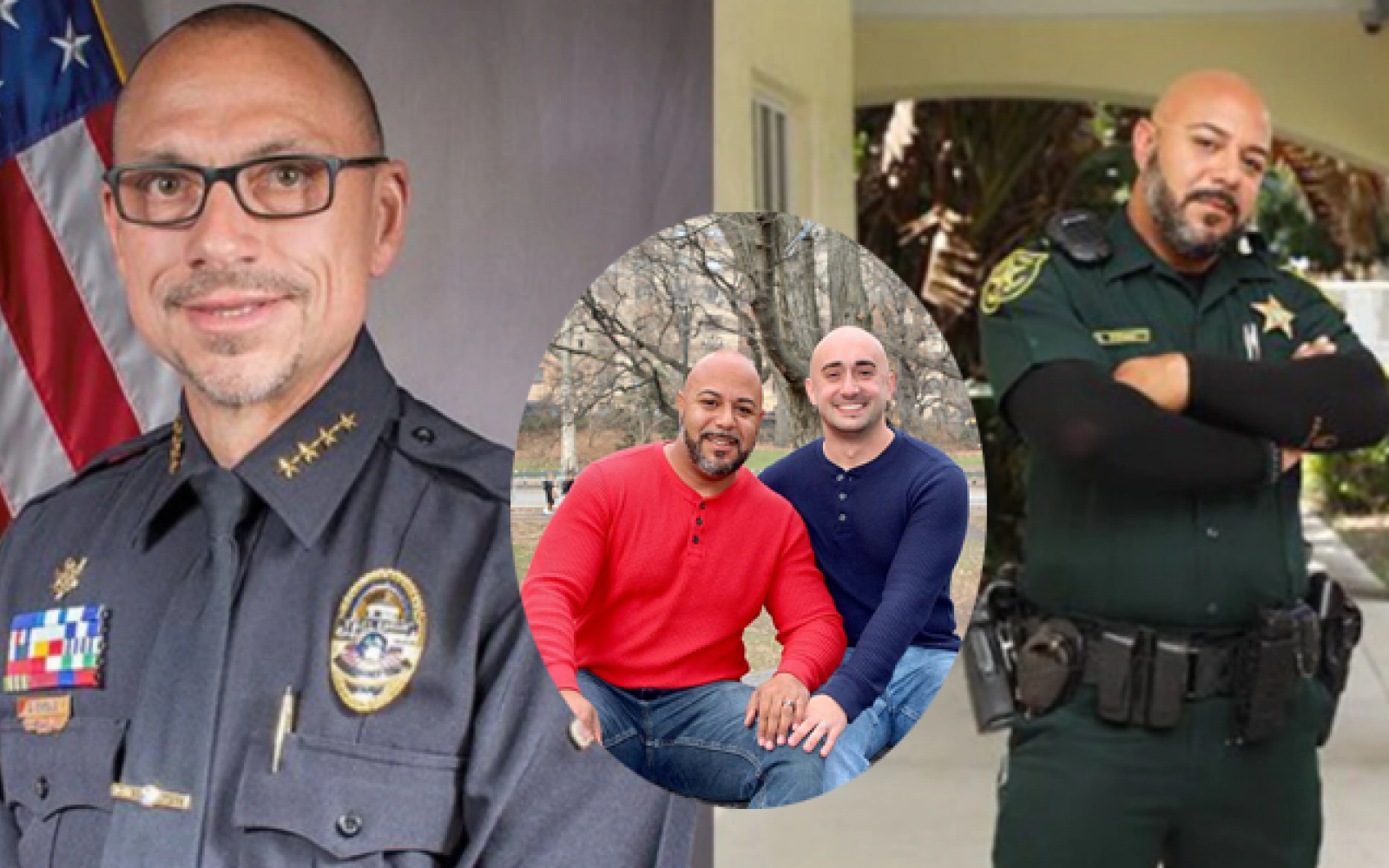 A Florida police chief was placed on leave over reports that he suggested a sheriff's deputy who died of coronavirus had gotten infected because he was gay.

A statement from the town of Davie said an "outside counsel" would investigate the remarks allegedly made by Davie Police Chief Dale Engle following a letter from the Florida State Fraternal Order of Police that outlined the allegations.

The comments were reportedly made in reference to Broward County Sheriff's Deputy Shannon Bennett, who died earlier this month of coronavirus.

A woman who answered Engle's phone said he was not available to comment.

Florida Fraternal Order of Police chief of staff Mike Tucker wrote the letter to Davie town administrator Richard Lemack based on reports from members of the Davie Police Department.

Tucker wrote that the trouble began after officers asked Engle about the department's safety protocol during the pandemic.

In response, Tucker said, Engle "belittled" them during a patrol briefing and ordered them to stand in formation, "like cadets back in the police academy." Then, Tucker said, he yelled at the members for raising "baseless" concerns about the virus.

That's when he began to make derogatory remarks about Deputy Bennett, Tucker said.

Tucker said members of the Davie Police Department told him that Engle said something about Bennett's "backstory" and insinuated that Bennett contracted and died from coronavirus because he was a "homosexual who attended homosexual events."

"The reported inference was that it was because of this homosexual lifestyle that Deputy Bennett first contracted a serious underlying disease which aggravated the Covid-19 virus and lead to his death," Tucker wrote in the letter.

Later, Tucker said, Engle attempted to "walk back some of his comments" about Bennett in an email to the department. Engle told officers to contact him directly with concerns, "something intimidated subordinates would obviously not do, especially in the wake of this incident," Tucker wrote.

"If true, and remarks were made to somehow correlate the sexual orientation of Deputy Bennett to his passing from Covid-19, (this) is something that remains confusing for us and frankly would be inappropriate at best and at worst, discriminatory and absolutely unacceptable," Tucker said later in a video release.

Engle was placed on administrative leave over the weekend, pending an investigation of the allegations against him, according to a statement from Lemack, the town administrator.

Fiancé: Bennett had no underlying conditions before Covid-19 diagnosis
Bennett, a 12-year veteran of the sheriff's department, was a school resource officer who was engaged to marry Jonathan Frey later this year. The Broward Sheriff's Office described him as an "out and proud gay law enforcement deputy" who protected and mentored the students he worked with.

In a previous interview with WPLG, Frey said Bennett had no underlying health conditions before his diagnosis. He developed a slight headache days before and eventually had trouble breathing, so Frey drove him to the emergency room. That was the last time the two saw each other.

"This is not the end of who he is," Frey said. "I care very much about him. He was the love of my life and I know his legacy is going to live on, one way or another. But he was a beautiful soul."