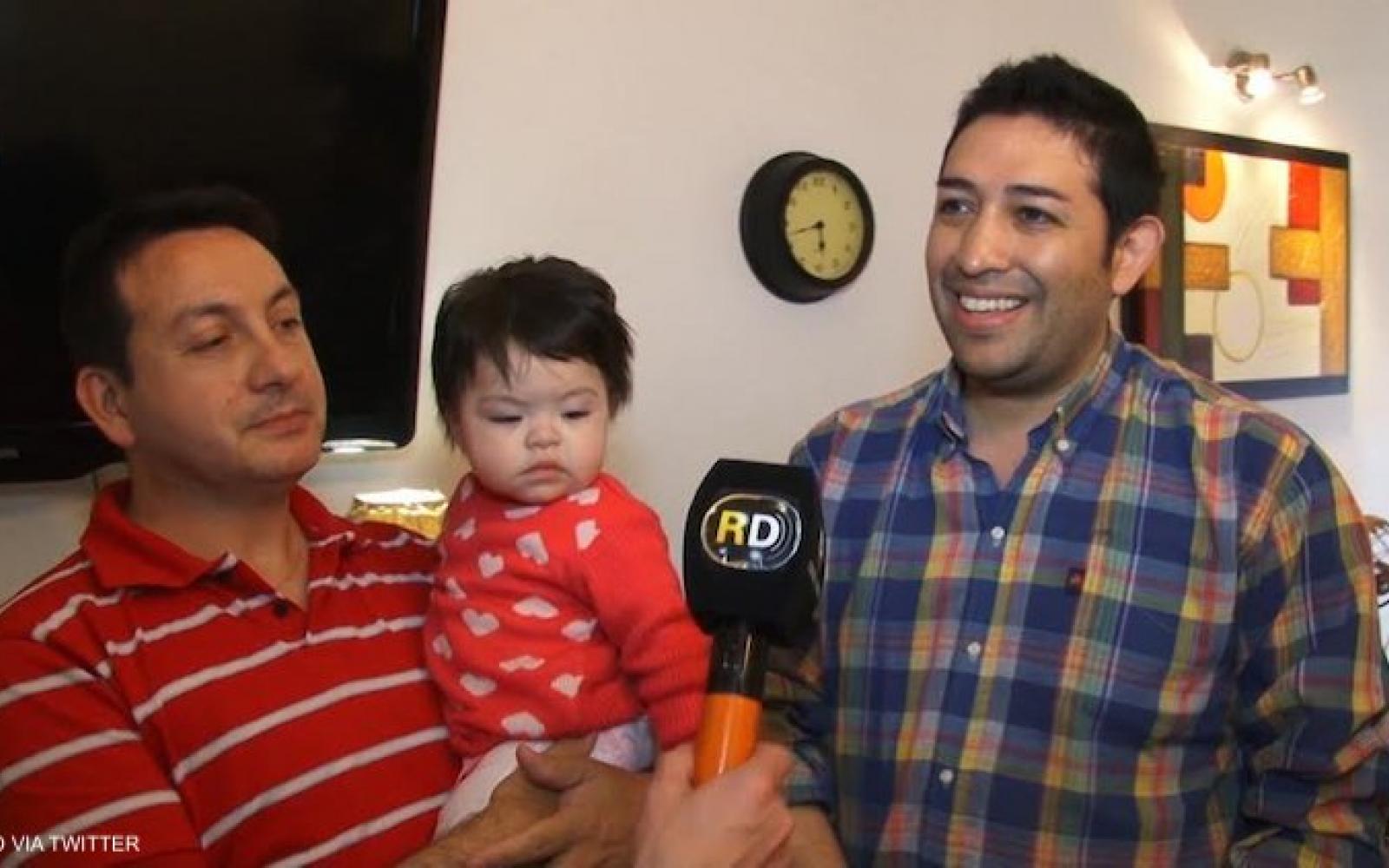 Damian Pighin, 42, and Ariel Vijarra, 39, were the first gay couple to get married in the north-eastern Argentine province of Santa Fe, and made the decision to expand their family in 2011.

The married couple, from Rosario, had several years of disappointment before receiving a call in 2014 about a newborn baby who was ready to be adopted.

The baby girl, who was born with HIV, was 28 days old when Damian and Ariel received the call and were informed 10 families had previously rejected her.

The little girl, who has been named Olivia, responded very well to her HIV treatment and she immediately started to gain weight. A couple of years ago, the family received brilliant news when tests showed the virus was no longer detectable in Olivia.

The family grew by one more in 2015, when a woman who heard about the couple’s story wanted them to adopt her baby girl. They did, and so Damian and Ariel welcomed Victoria into their lives.

The two siblings are similar in age, with Olivia turning five years old later this month and Victoria celebrating the same birthday in February.

Although there is currently no cure for HIV, medical treatment is available that significantly reduces the amount of the virus in the body. As per Medical News Today, this can be to the point the virus becomes undetectable in the blood.

An undetectable viral load means the person living with HIV is no longer infectious and the virus is no longer able to damage their immune system.

Earlier this year, a third person appeared to have been ‘cured’ from the virus when they underwent a stem cell transplant to treat cancer, rather than HIV. The transplant involved killing most of their immune cells with radiotherapy or drugs, and then replacing them with cells from a donor.

Although this provides hope a cure is close to being confirmed, bone marrow transplants reportedly won’t be used for people with HIV who don’t have cancer because of the risks involved in the procedure – namely graft versus host disease, infection, organ damage, and death.

Regardless, Doctor Annemarie Wensing, a virologist at the University Medical Center Utrecht, told The New York Times she hoped news of the cases will inspire a generation of doctors to keep striving for what was previously believed to be impossible.

She concluded by saying this ‘will inspire people’ to believe the ‘cure is not a dream’ but is, in fact, ‘reachable’.