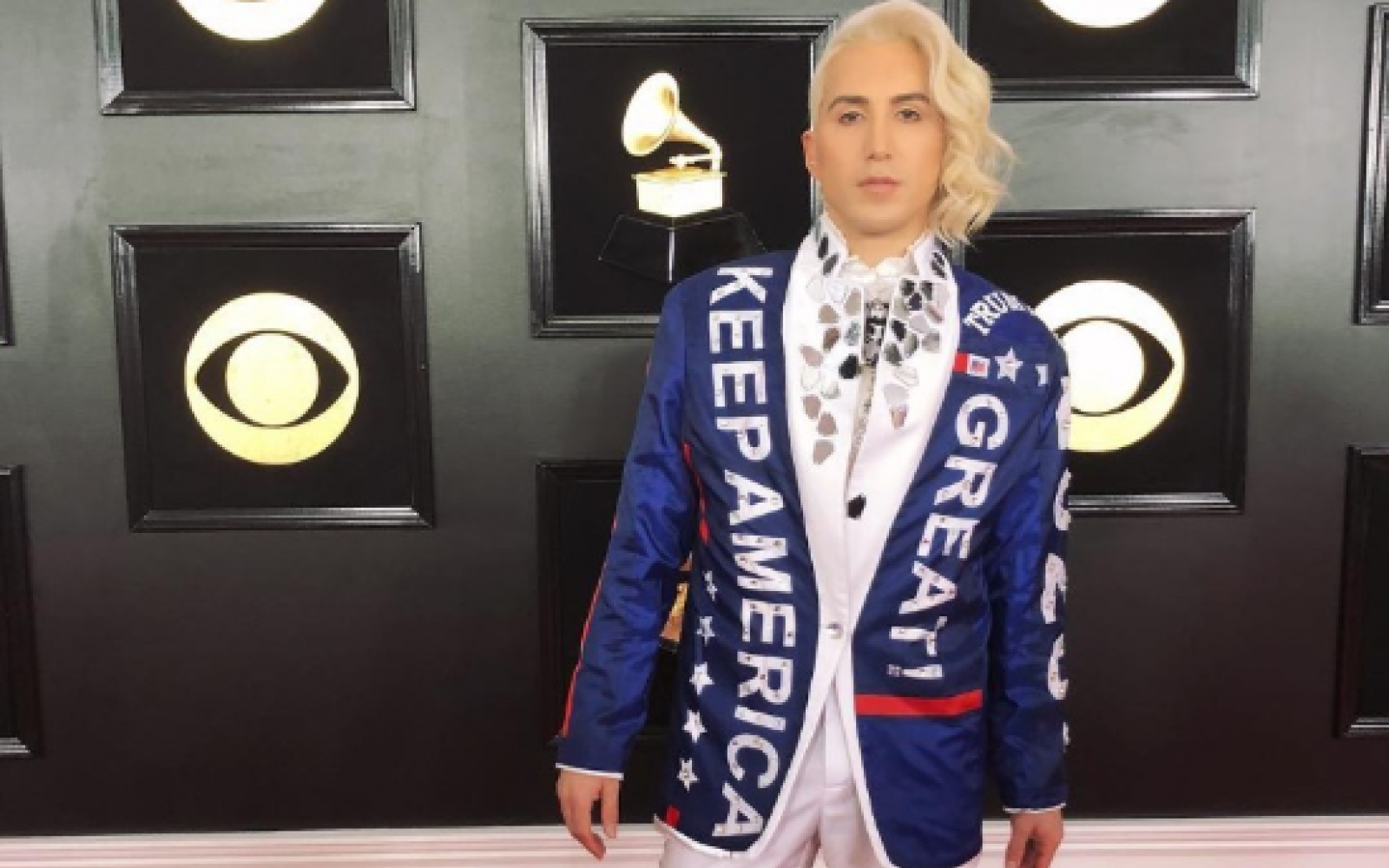 We recently posted an article about how white gays increasing vote against LGBT interests and here's walking proof.

Gay artist Ricky Rebel stepped on to the Grammy red carpet Sunday night with pro-Trump fashion choices and wore it with pride.

Rebel wore a white suit with metallic detailing, accompanied with ostentatious metallic glasses. Above the suit, he donned a navy blue jacket with pro-Trump messaging. The words on the jacket included Trump’s name, as well as ‘Keep America Great’.

‘I voted for Trump because I wanted to help the economy boom and now it’s booming,’ Rebel told an interviewer on the red carpet. ‘I’m grateful for that.

‘I get that not everybody loves Trump, but it’s okay if you voted for him. Even if you’re gay or black or a woman. I just love America.’

It is true the economy under Trump is doing relatively well (especially for wealthy Americans), but his economic policies are more harmful.

We didn't know who Ricky Rebel was before this and now we just don't care.