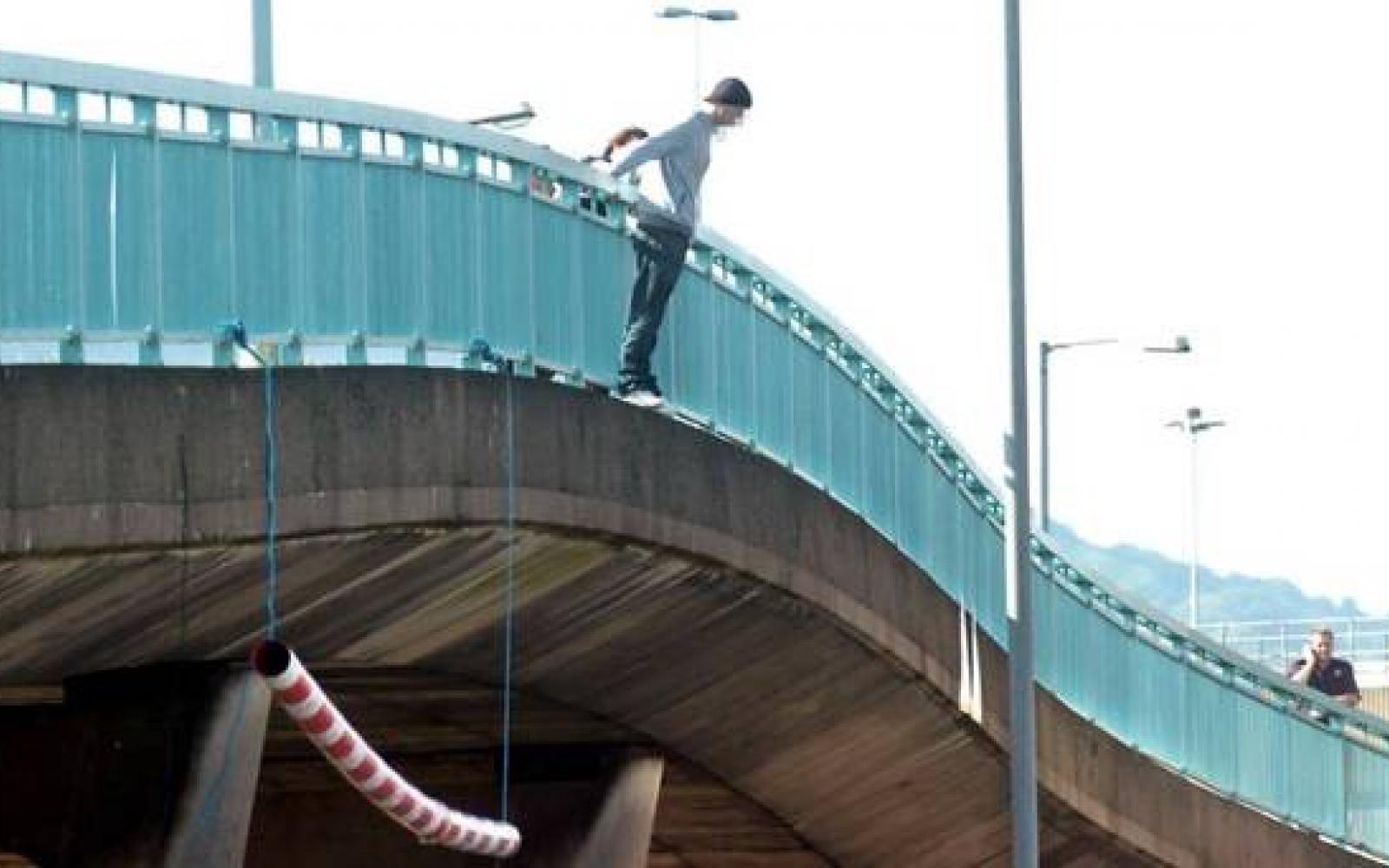 A young gay man tried to attempt suicide after learning his boyfriend’s parents beat him up for coming out.

The unnamed man, believed to be around 19 years old, was found at the top of a bridge in Puebla, Mexico.

A passer-by called the emergency number at 5.46pm on 23 March.

They saw a young man, on the ledge, about to throw himself off into incoming traffic.

Emergency services raced to the bridge located between 14 Avenue South and Periférico Ecológico.

A spokesperson said: ‘After a few minutes of dialogue, officers convinced the young man to cease his efforts.

‘Once he was safe, he was removed from the site.’

Local press has claimed the young man suffered from a ‘nervous breakdown’.

‘The youth explained he made the decision to take his own life after his partner sent him a message,’ one paper said.

‘When talking with his parents about his sexual identity, they beat him. This news sparked a nervous breakdown.’

It Gets Better Mexico urged people to seek out help.

‘If you or someone LGBTIQ you know is going through difficult times, remember that you are not alone,’ they said.

‘Out there, inside and outside the internet, we exist.

‘There are also many people like you, and they can help.’

One in four gay, lesbian and bi people and 41% of trans people in Mexico consider suicide, according to Animal Político.