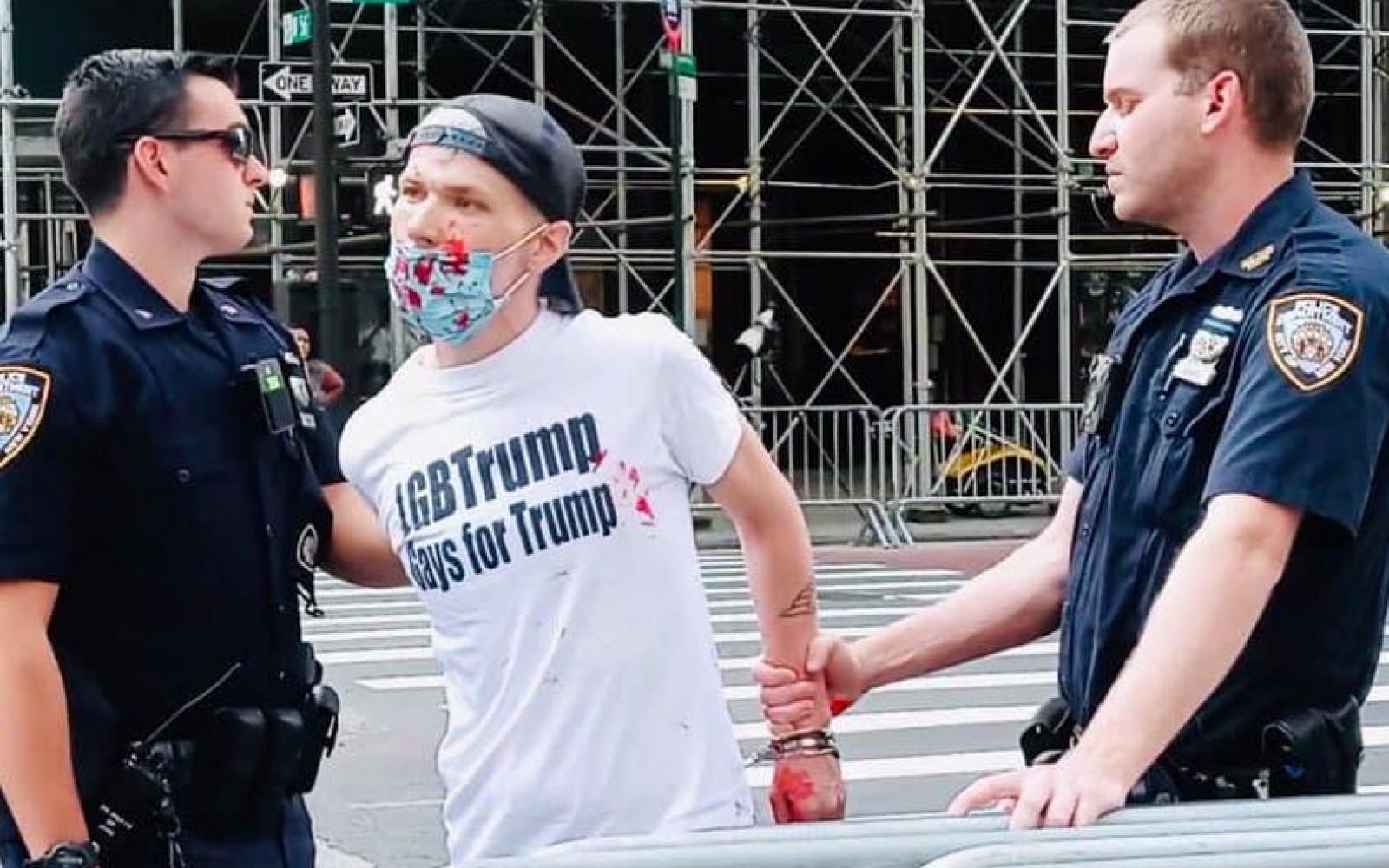 We are shocked!  Shocked we tell you!  A gay Trump supporter!  That's also a racist?  We would have never in a million years guessed this.  Ever.  Ever ever.

The public artwork, on Manhattan’s Fifth Avenue, was commissioned by the City of New York amid worldwide protests in the wake of George Floyd‘s death and completed last month, on July 9.

However, in the weeks that have followed the mural has been vandalised countless times, on this occasion by a Trump supporter who was so intent in destroying the artwork he came back twice to throw paint over it.

Both times, on July 25 and July 26, the man was arrested by the New York Police Department, becoming one of at least eight people to be detained for vandalising the mural.

The man has since been identified as 31-year-old Mark-David Hutt, the founder of LGBTrump, who shared footage of the incident on the organisation’s Facebook page alongside the caption: ‘WE DID IT PATRIOTS!’

Hutt went on to say he was arrested twice in 12 hours for defacing the mural, adding: ‘I have NO REGRETS. F*ck you, DeBlasio!!!’ Mayor Bill de Blasio helped members of the public paint the mural after it was commissioned.

The footage shows Hutt crawling on his knees, using his bare hands to smudge the paint as one person can be heard saying: ‘Unbelievable.’ Other observers watched in stunned silence as he defaced the mural.

An NYPD officer can then be seen telling Hutt to stop about halfway through the footage, with the officer saying: ‘Sir, step up sir! You need to stop.’ Hutt didn’t stop, instead ignoring the officer’s warnings several times.

The vandal was then surrounded by a group of officers, before being placed in handcuffs and escorted out of the area. It took four police officers to lead Hutt away, with NYPD Detective Denise Moroney telling The Washington Post he was later charged with criminal mischief.