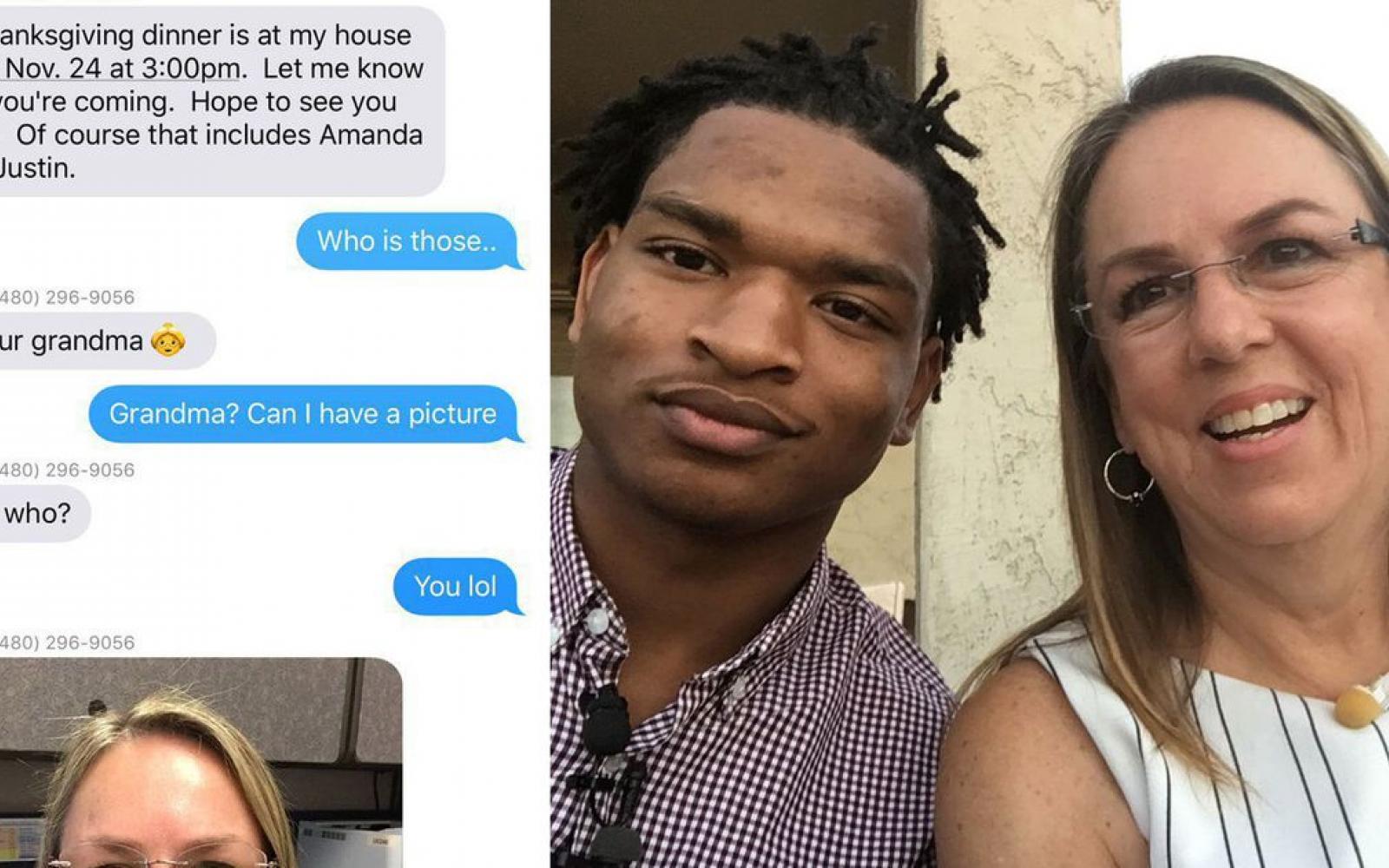 A text message sent to the wrong number brought an Arizona grandmother and a 17-year-old high school senior together on Thanksgiving in 2016 – now, they are getting ready to celebrate again, for the fourth year in a row.

Wanda Dench thought she had messaged her grandson to tell him what time the Turkey Day festivities would begin, adding, “Hope to see you all. Of course that includes Amanda & Justin.” Little did she know, her grandson had changed his number without telling her.

Seeing the strange numbers in the group text, Jamal Hinton asked who was texting him, to which she replied, “Your grandma.”

The two exchanged selfies for confirmation, and Hinton texted: “You not my grandma. Can I still get a plate tho?”

“Of course you can,” Denton texted back. “That’s what grandma’s do … feed every one.”

Not only did Hinton show up for Thanksgiving that year, but every year after that. ABC News reports that this year Hinton and Dench will be celebrating together again, this time at the house of Hinton’s girlfriend’s aunt.

Last year, Hinton and his girlfriend decided to sit down with Dench to ask her some of the questions they get about the serendipitous text that led to a yearslong friendship.

Many people have asked why she was so quick to invite someone she didn’t know into her home. Dench said her military upbringing likely had something to do with it.

“We moved around a lot so I was always going to new places, and so strangers were not strangers to me,” she said. “Because we were in the military, and on bases, there was always a lot of people that didn’t have family around and didn’t know each other. For us to open our door to strangers was easy, it was a normal thing to us.”

For those on Twitter wondering if the tradition would continue in 2019, Hinton posted: “2019 coming soon don’t worry 2 months away”