How Hot Is It? Nebraska National Weather Service Was Able To Bake Biscuits In Car 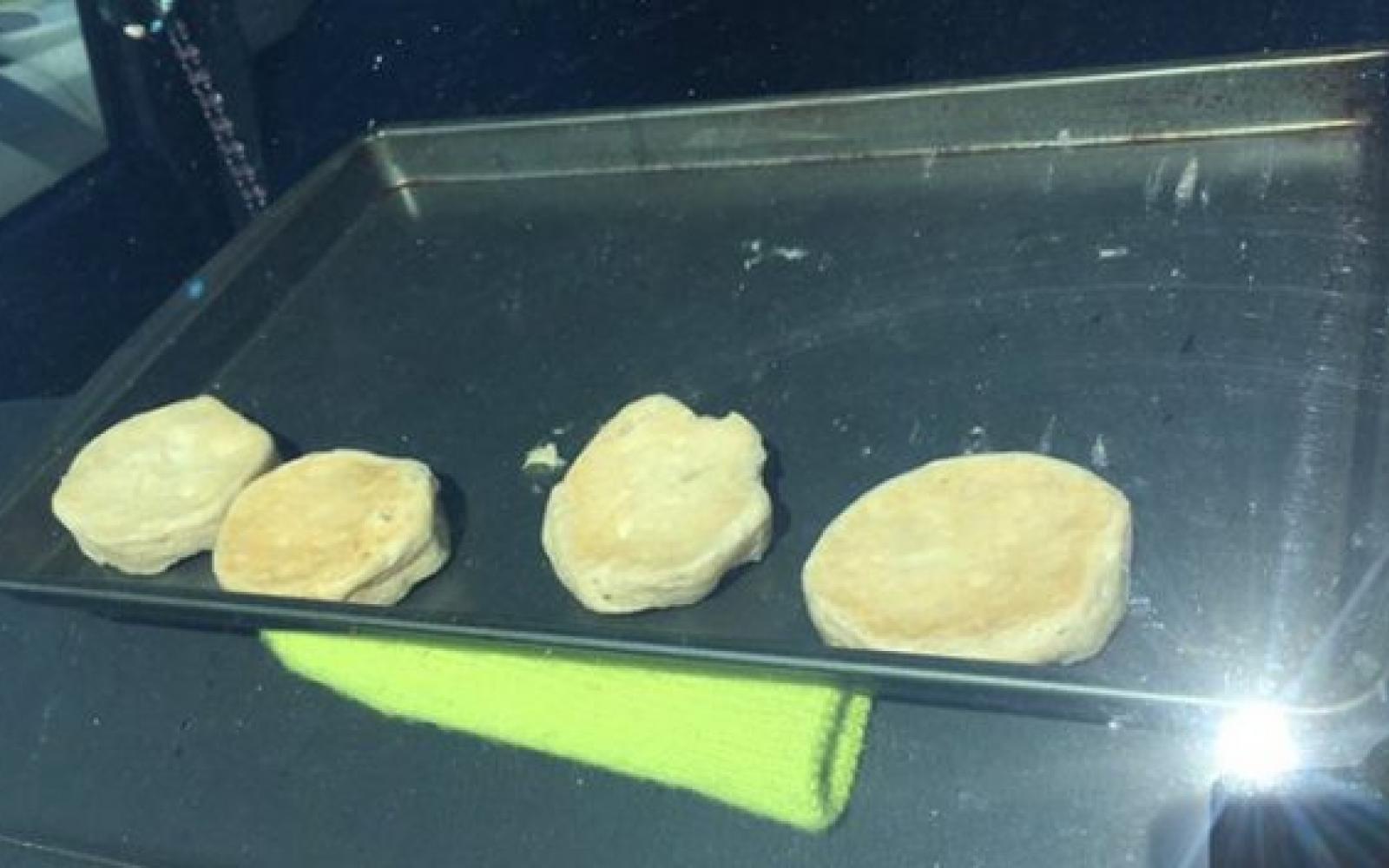 The National Weather Service in Nebraska demonstrated the effects of the brutal heat by trying to bake biscuits using nothing but a car and the sun.

In a series of tweets on Thursday, the National Weather Service in Omaha and Valley posted updates on the biscuit experiment over the course of eight hours.

"We actually were going to do cookies, but the store didn't have cookies so it's biscuits," Hallie Bova, a meteorologist with the National Weather Service in Valley, told the Omaha World-Herald. "I thought it would be fun to try."

The experiment was conducted as an excessive heat warning had been issued for much of eastern Nebraska through 7 p.m. on Saturday by the National Weather Service. The high in Omaha on Thursday was 92 degrees with a heat index of 103.

The first tweet said, "If you are wondering if it's going to be hot today, we are attempting to bake biscuits using only the sun and a car in our parking lot. We will keep you posted with the progress. Stay cool!"

The biscuit dough was placed on a cookie sheet inside an enclosed vehicle on Thursday morning along with a thermometer.

The biscuits usually take about 14 to 17 minutes in 350-degree heat to bake, the newspaper reported.

The next tweet included a picture of the biscuits and included the caption, "45 minutes in. Biscuits are rising."

The following update posted about an hour after the initial tweet said, "The pan has reached 175 degrees in 60 minutes and the tops of the biscuits are at 153."

It added, "This is a good time to remind everyone that your car does in fact get deadly hot. Look before you lock! On average 38 children die in hot cars each year. Don't be a statistic!"

Locksmiths and emergency personnel were called to free children inadvertently locked in at least two cars on Wednesday, the Herald reported.

About five hours later, the Omaha National Weather Service posted another update, writing, "Top of the biscuits are baked but the bottom remains doughy. But more interestingly, the temperature of the back seat in the shade is 144 degrees!"

The last update said, "after nearly 8 hours in the sun, the outside of the biscuit is actually edible. The middle is still pretty doughy though. The max temp on the pan was 185!"

The dangerously high temperatures and humidity could quickly cause heat stroke, according to the heat advisory, which reminded people to take extra precautions while working or spending time outside.