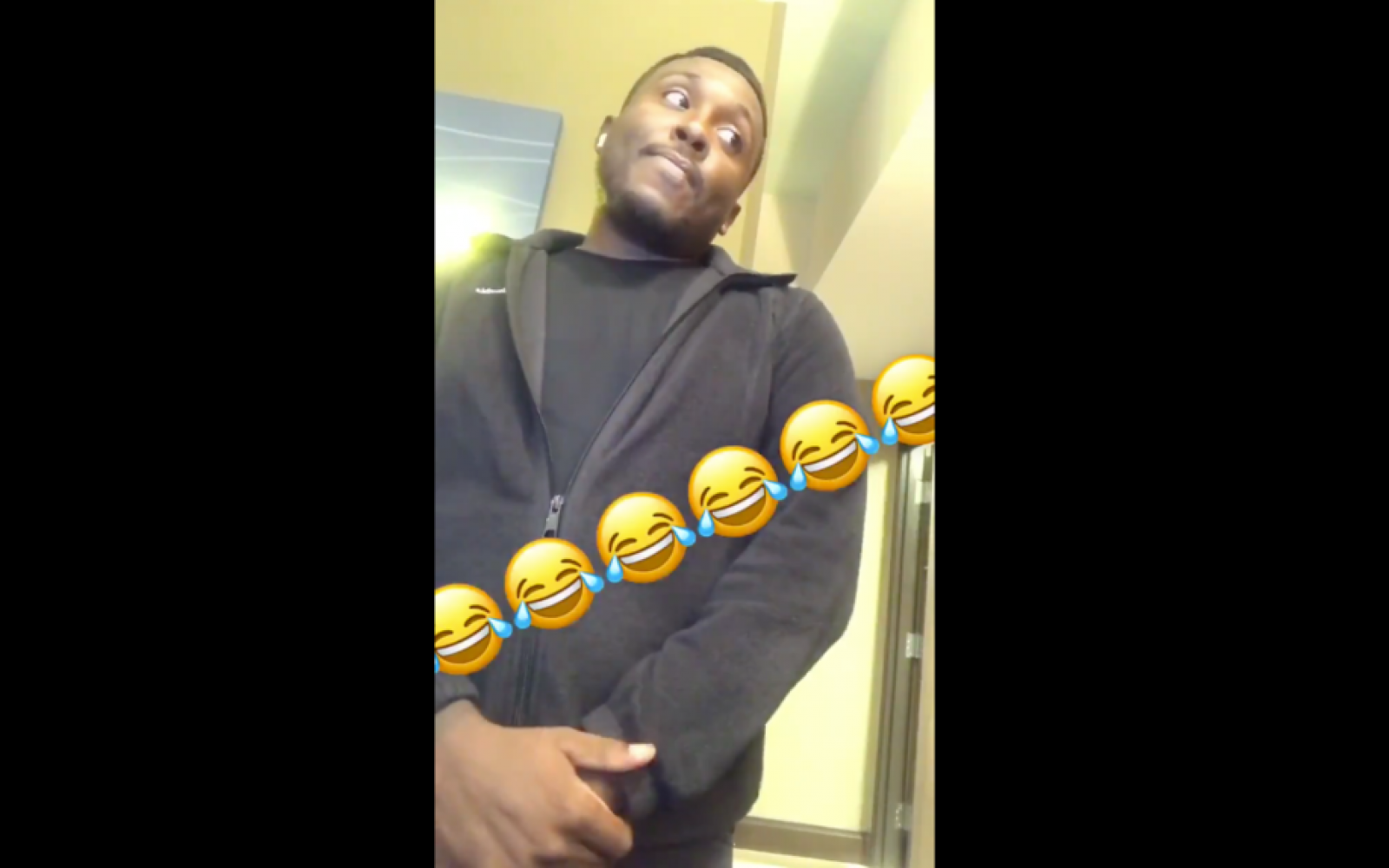 A hotel clerk who said he was called the N-word by a would-be guest is getting the last laugh after he tweeted a video of the exchange Sunday night that ended up going viral. The video shows the unidentified clerk, a Black man, rejecting each desperate attempt to stay at the hotel by the woman who had apparently called him the N-word during an earlier phone call. When she came to the hotel to plead her case in person, the clerk was ready for her, and then some.

The woman, who can only be heard on the video, tried to show her human side after dropping the N-bomb on the clerk, telling him that she and her family, who were already staying at the hotel, were in town for a funeral. She said she wanted to stay in the same hotel her family was in, despite the clerk’s repeated reminders of her treatment of him.

“… but you called me a fucking nigger,” the clerk says while shrugging to the woman, who repeatedly apologizes.

“No…, but you weren’t sorry when you said it to me on the phone,” the clerk accurately noted.

The clerk plastered multiple crying-from-laughter emojis across the video.

He went on to cite “the climate that we live in in today’s society” — an apparent reference to the countless number of white people who have gotten increasingly and brazenly racist with the election of President Donald Trump — as a reason for advising her to find another hotel.

Despite the despicable racism being displayed, one of the major takeaways that social media users, in particular, embraced from the exchange was the clerk repeating the phrase to the woman incessant requests to stay at the hotel: “It’s above me now.”

When the woman says again that she needs a room for the night, sounding like she was in tears, the clerk politely pointed to his right and said, “Well, there’s the Best Western next door.”

Check it out below: