Judge Sentences Jussie Smollett To 150 Days In Jail Plus Probation 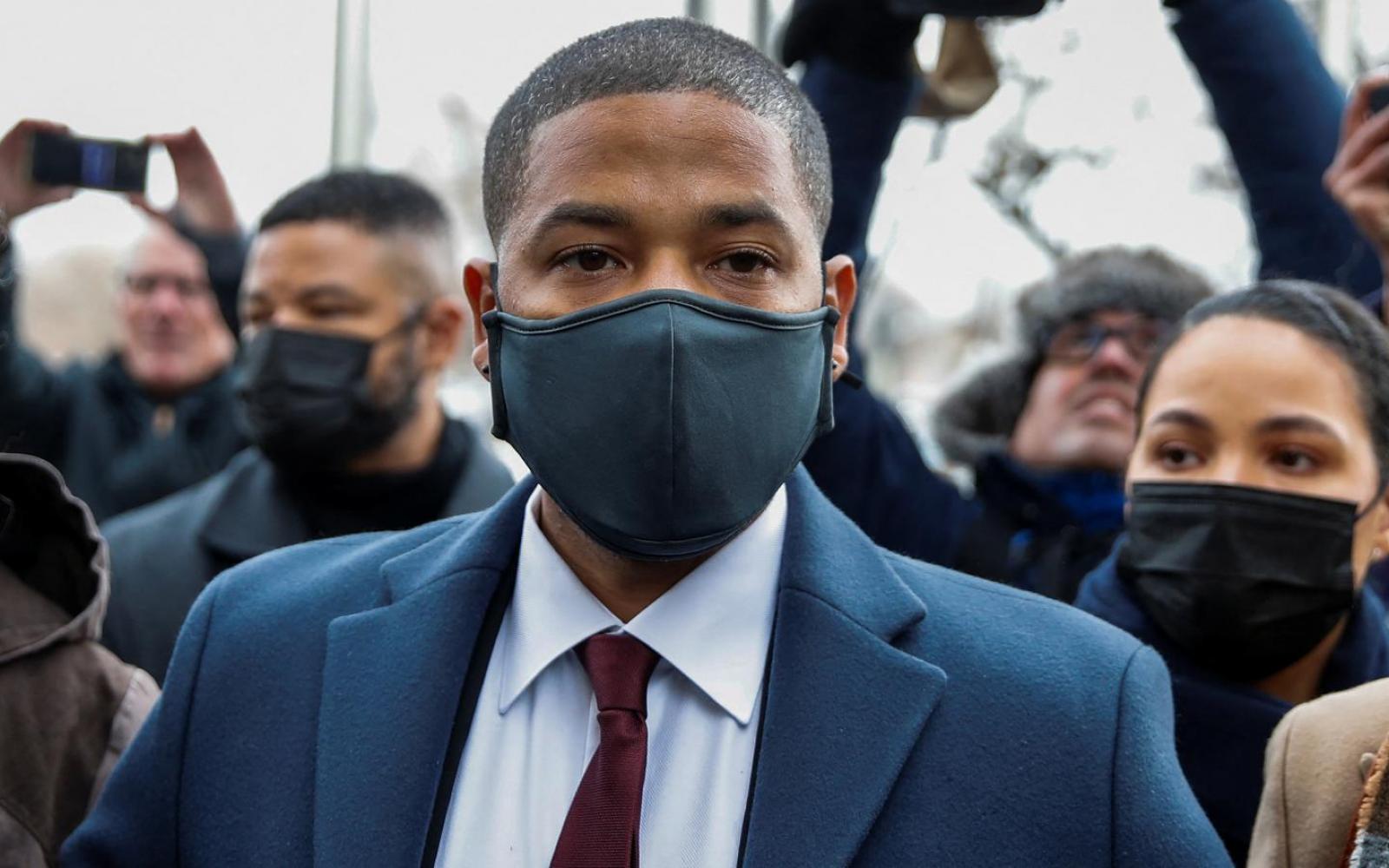 Actor Jussie Smollett was sentenced to 150 days in Jail Thursday, after he was found guilty of lying about a racist, homophobic hate crime attack in early 2019.

In announcing his verdict Thursday evening after an hours of arguments, Cook County Judge James Linn said to Smollett, “You really craved the attention…You wanted to make yourself more famous, and for a while it worked.”

“You were throwing a national pity party for yourself,” Linn said, adding that a side of Smollett is “profoundly arrogant and selfish and narcissistic.”

Smollett opted to not make a statement before the sentence was announced, but once he learned his fate he began yelling in the courtroom that he was “not suicidal.”

Along with the 150 days in jail, Smollett was also sentenced to 30 months of probation. He also must pay the city about $120,oo0 in restitution for the overtime spent by Chicago police officers who investigated his initial hate crime claim. Additionally, Linn imposed a $25,000 fine.

Smollett was taken into custody immediately after the sentence was announced, and he continued yelling that he was “not suicidal” as he was taken out of court.

“The jails are inundated with the pandemic,” Uche said. “Sending Mr. Smollett to jail is almost like a death sentence. Yes it is.”

“What Mr. Smollett did in this case is he denigrated, degraded true hate crimes and he marginalized the people who are true victims of hate crimes,” Webb said. “That is what he did, and he did that knowingly.”

The hearing began with Smollett attorney Tina Gladian delivering arguments in support of an 83-page motion for a new trial.

After about 90 minutes of arguments from defense attorneys and prosecutors, Linn ultimately denied the motion, saying, “I’ve never had a case that’s been plead as exhaustively as this one,” and “I do believe, at the end of the day, Mr. Smollett received a fair trial.”

Before Linn’s ruling, Glandian argued that the second round of criminal charges against Smollett were invalid because Judge Michael Toomin “exceeding his authority” Webb as the special prosecutor.

Beyond that, Glandian said, “it was clear [Toomin] harbored bias against Mr. Smollett and was convinced of his guilt.”

Sean Wieber, of the special prosecutor’s office, said Glandian’s arguments alleging errors during the trial were “meritless” and “riddled with distortions of the actual record.”

Before Linn issued the sentence, Samuel Mendenhall, also of the special prosecutor’s office, read for the court a victim impact statement written on behalf of the city and Chicago Police Department.

“A cost that can never be measured is reducing the likelihood of actual hate crime victims willing to report these crimes,” Mendenhall said. “Members of these communities often feel marginalized even before suffering the indignity of a hate crime.”

The special prosecutor’s office asked Linn to order Smollett to pay more than $130,000 in restitution — money the city says it spent on overtime payments to police officers who were assigned to investigate Smollett’s initial hate crime claim in January 2019. The city filed a federal lawsuit against Smollett to recoup those monies, too. That case is pending.

‘Never in my life’: Jussie Smollett, testifying in his defense, denies any fake hate crime plot
Another suit was filed against former Smollett attorney Mark Geragos and current Smollett attorney Tina Glandian by Abimbola and Olabinjo Osundairo — brothers who were star witnesses for the prosecution in Smollett’s criminal trial. The brothers allege that the two attorneys made several defamatory statements. Both lawsuits are still pending in federal court in Chicago.

In the early hours of Jan. 29, 2019, Smollett reported to police that he was the victim of a racist, homophobic attack near his Streeterville apartment. Smollett told police that he was targeted by two males who yelled slurs while one punched him in the face and another put bleach on him and a rope around his neck.

The reported attack quickly garnered international media attention, though it was also fodder for comedians and late-night television hosts.

Just weeks after he reported the attack to police, prosecutors approved disorderly conduct charges against Smollett.

Former CPD Supt. Eddie Johnson lambasted Smollett, telling reporters: “How can an individual who’s been embraced by the city of Chicago turn around and slap everyone in this city in the face by making these false claims?”

However, those charges against Smollett were quickly dropped in late March, infuriating Chicago leaders. Former Mayor Rahm Emanuel called the decision “a miscarriage of justice.”

A year later, Webb found “abuses of discretion” by the state’s attorney’s office.

Webb brought a new set of disorderly conduct charges against Smollett in February 2021.

Smollett was written out of “Empire,” and he testified last year that his career as an actor was derailed by the ordeal.