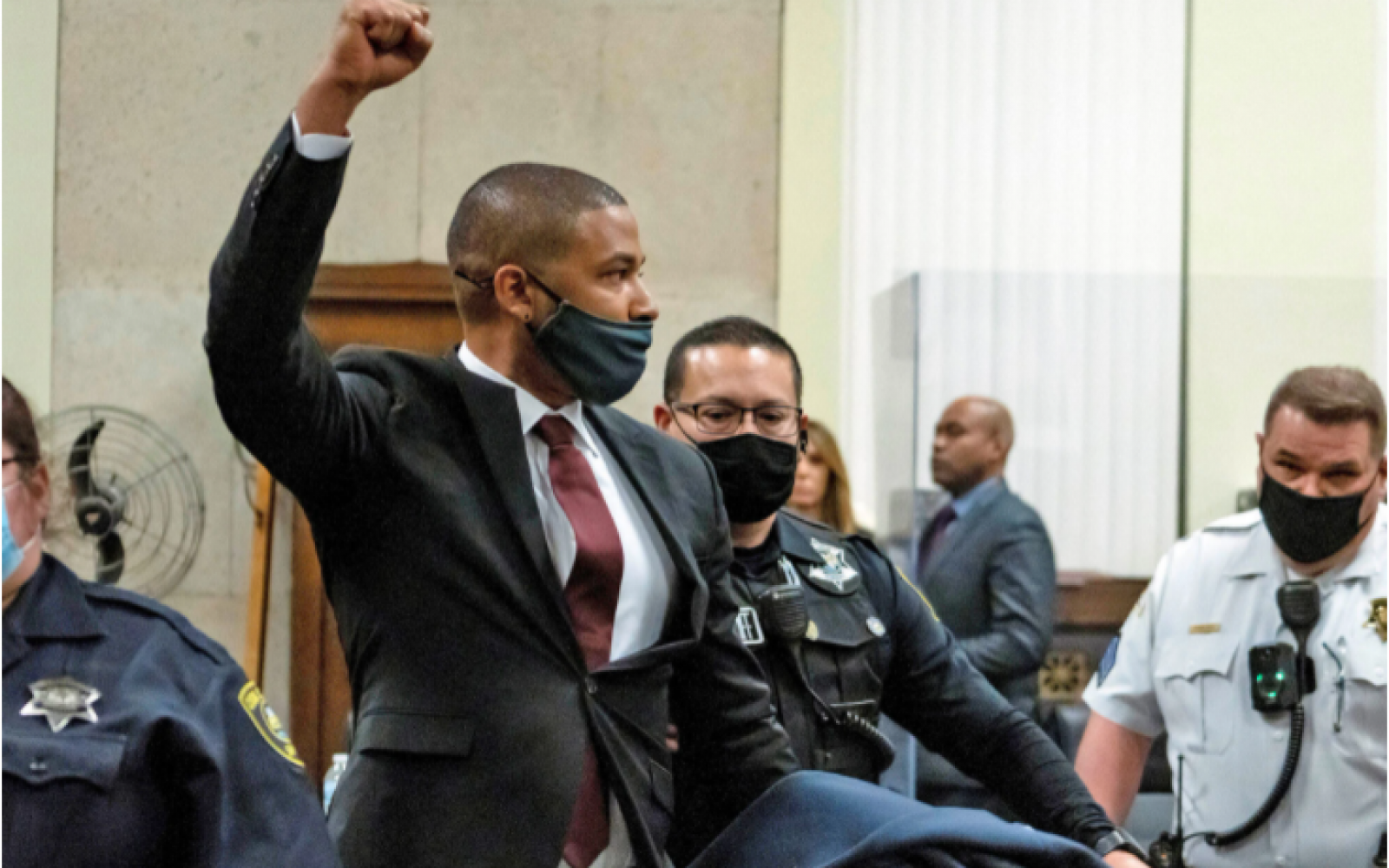 Jussie Smollett can be sprung from jail on bond while lawyers appeal his conviction for staging a hate crime, an Illinois state appellate court ruled Wednesday.

The ruling came two days after Smollett’s lawyers filed an emergency motion to postpone his five-month sentence after the actor was convicted of five counts of felony disorderly conduct for lying to police.

A judge found that because Smollett had been convicted of “non-violent” offenses, the court would allow him to be released from a Chicago jail on a $150,000 individual bond during the appeal, according to the court order. Under the terms of the I-Bond, Smollett would not have to dig into his pockets to get out of jail, and would only owe money if he skipped his court dates.

Special prosecutor Dan Webb opposed his release, claiming there was “no emergency that warrants the extraordinary relief of staying” the sentence.

Webb wrote that Smollett did not provide any real proof that he was in danger and used “cursory, woefully undeveloped arguments” to sway the court, in the state’s response to the motion for release.

Lawyers had claimed the 39-year-old was at risk in jail because he is immunocompromised and had been receiving threats over his high profile December conviction.

He was moved to a different jail cell with surveillance and was kept away from other inmates following Monday’s motion.

Smollett told police he was assaulted by a group of bigots in Chicago in 2019, but a jury found he had hired two co-workers from his show “Empire” to assault him to bolster his public profile and promote his acting career.

The actor maintained his innocence during the trial and told the court that he was in danger of being killed in jail during his sentencing.