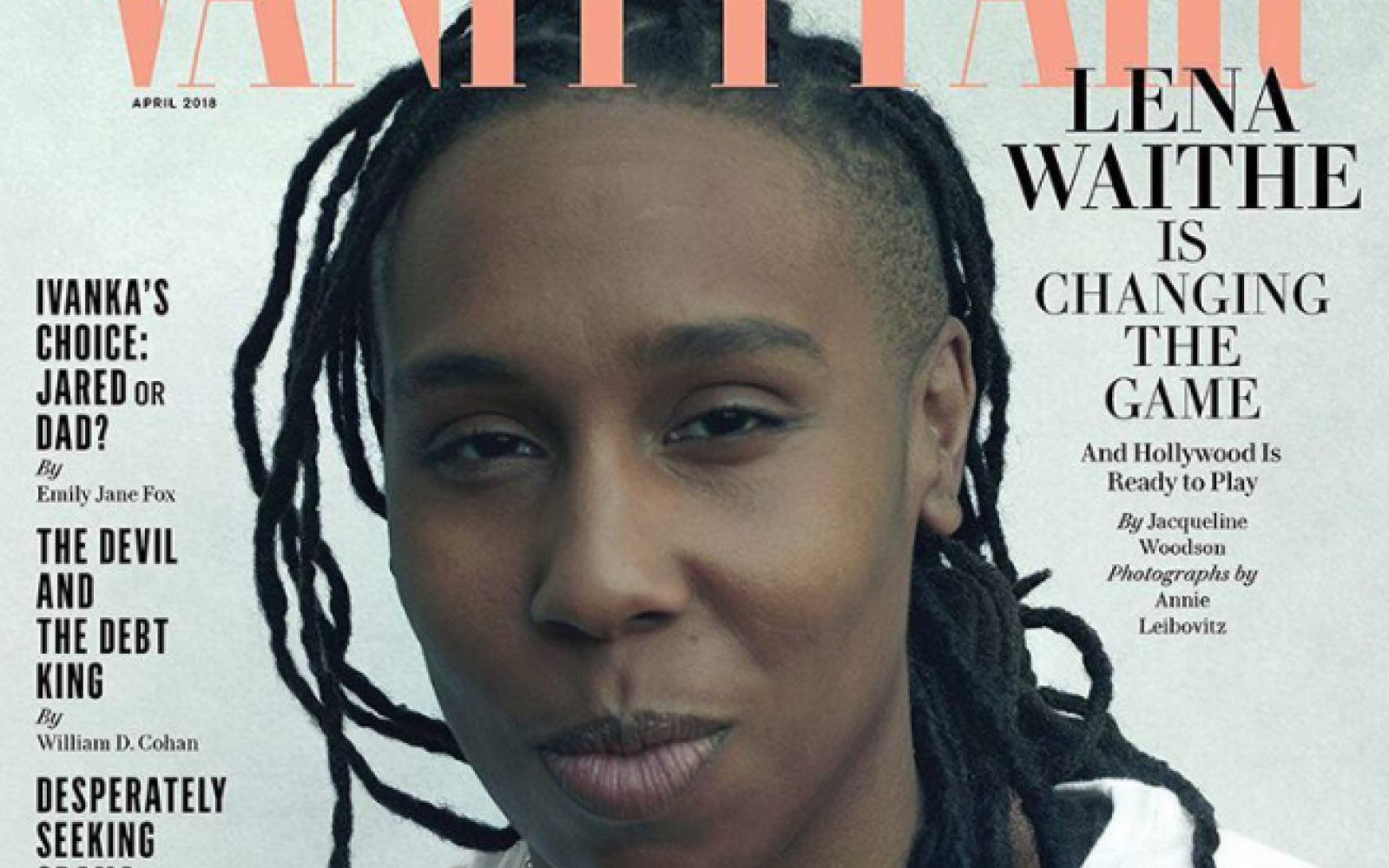 Lena Waithe's star power is certainly on the rise with her recent Emmy win, her upcoming role in Steven Spielberg's Ready Player One and her new show, The Chi -- but make no mistake, she was a force in the industry long before her newfound fame.

"Here’s the irony of it all. I don’t need an Emmy to tell me to go to work," she declares in the April issue of Vanity Fair, in which she's also featured on the cover. "I’ve been writing, I’ve been developing, I’ve been putting pieces together and I’m bullets, you know what I’m saying?"

Waithe became the first black woman to receive an Emmy for Outstanding Writing for a Comedy Series for her and Aziz Ansari's Netflix series, Masters of None, and that's only added fuel to her fire when it comes to having her stories told.

"I am tired of white folks telling my stories. We gotta tell our s**t," she expresses. "Can’t no one tell a black story, particularly a queer story, the way I can, because I see the God in us."

Waithe adds, "I didn’t realize I was born to stand out as much as I do. But I’m grateful. Because the other black or brown queer kids are like, ‘Oh, we the s**t.'"

The 33-year-old actress-writer's confidence in herself doesn't stop at her work. "Being black and gay, having dreadlocks, having a certain kind of swag, and dressing the way I do, [people say,] ‘That’s dope, you’re cool,’" she says. "I don’t feel validated by that. I don’t want to be white. I don’t want to be straight. I don’t want to blend in. I try to wear queer designers who happen to be brown and makin’ sh**."

Waithe also addresses the allegations against Ansari in which an anonymous 23-year-old photographer claimed to Babe.net that she felt "violated" after a date with the Masters of None star that led to the two engaging in sexual activity.

"At the end of the day, what I would hope comes out of this is that we as a society educate ourselves about what consent is-- what it looks like, what it feels like, what it sounds like," she says. "I think there are both men and women who are still trying to figure it out. We need to be more attuned to each other, pay more attention to each other, in every scenario, and really make sure that, whatever it is we’re doing with someone else, they’re comfortable doing whatever that thing is, and that we’re doing it together. That’s just human kindness and decency."

Following her Emmy win last year, Waithe spoke exclusively with ET about the responsibilities that come with being a prominent figure in the black and LGBTQIA communities.

“Every time we step out, we are stepping out with our best because there aren’t many of us. It’s important that every time we go up that we must be great, and that’s not always fair or always fun,” she explained. “It’s hard. You want to be able to fail or fall on your face and get back up again, but I don’t know if we have that luxury, and that’s OK. That’s a burden that we just have to bear."

With a breakout TV series, a historic Emmy, and a propulsive role in Steven Spielberg's #ReadyPlayerOne, screenwriter-producer-actress @LenaWaithe is re-writing the rules for the next generation. Read the full cover story at the link in bio. Photograph by Annie Leibovitz. #VFxLena