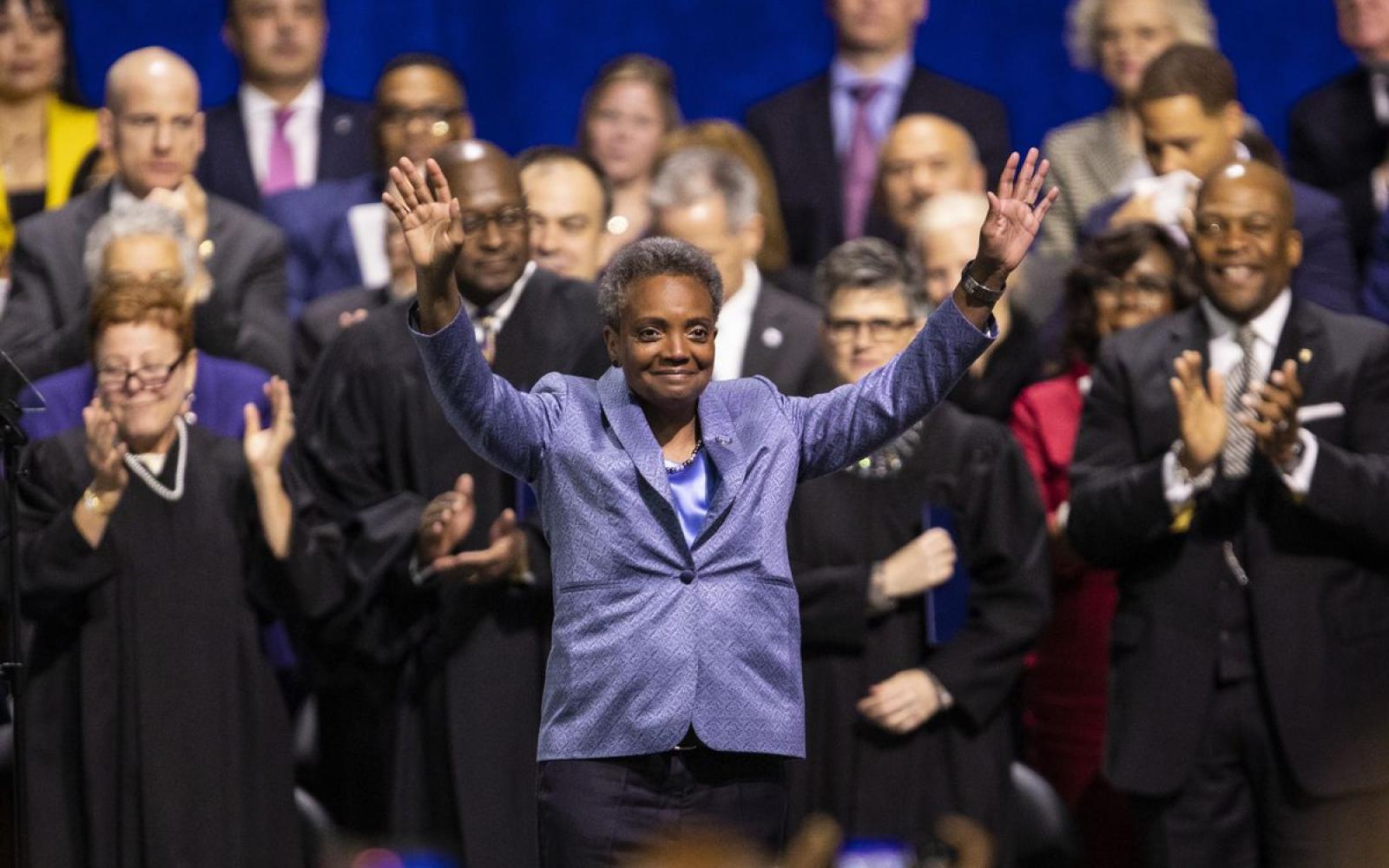 Lori Lightfoot was sworn into office Monday as Chicago’s 56th mayor. She made history as both the first black woman and the first openly LGBTQ person to become mayor of America’s third-largest city.

"I'm looking ahead to a city of safe streets and strong schools for every child, regardless of neighborhood or ZIP code," Lightfoot said at her inauguration. "A city where people want to grow old and not flee. A city of sanctuary against fear, where no one must hide in the shadows. A city that is affordable for families and seniors, and where every job pays a living wage."

Lightfoot, 56, cruised to victory in April’s runoff election, winning all 50 wards across the city. She ran on a platform of change, according to NBC Chicago, urging voters to “bring in the light” to a city government with a reputation for corruption.

Lightfoot succeeds Rahm Emanuel, who was elected mayor in 2011. Emanuel had previously served as the White House chief of staff under President Barack Obama.

During her speech, Lightfoot noted that women of color now hold all three citywide elected offices in Chicago. Melissa Conyears-Ervin was sworn in Monday as city treasurer, and Anna Valencia started her first full term as city clerk.