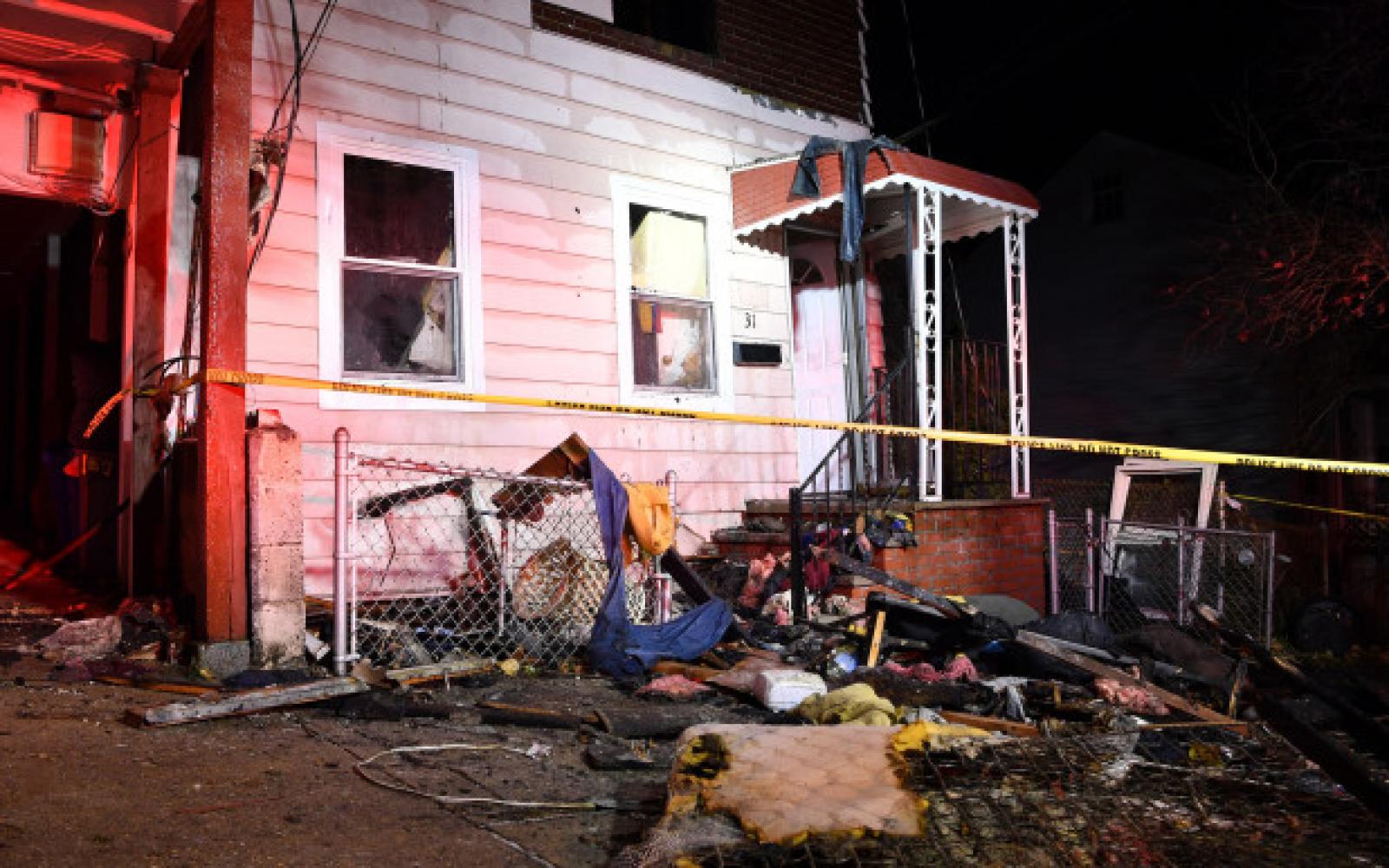 Police have arrested a man accused of stabbing his wife and setting their house on fire on Staten Island Saturday night.

Police say Mendez-Rodriguez choked and stabbed his wife several times at the house on Monroe Avenue in St. George, then set the home on fire and jumped out the second-floor window.

He was hospitalized in critical condition.

Police say his wife escaped the home after her husband attacked her.

She was stabbed in the stomach and arm, and is in stable condition at Richmond University Medical Center. Her name has not yet been released.