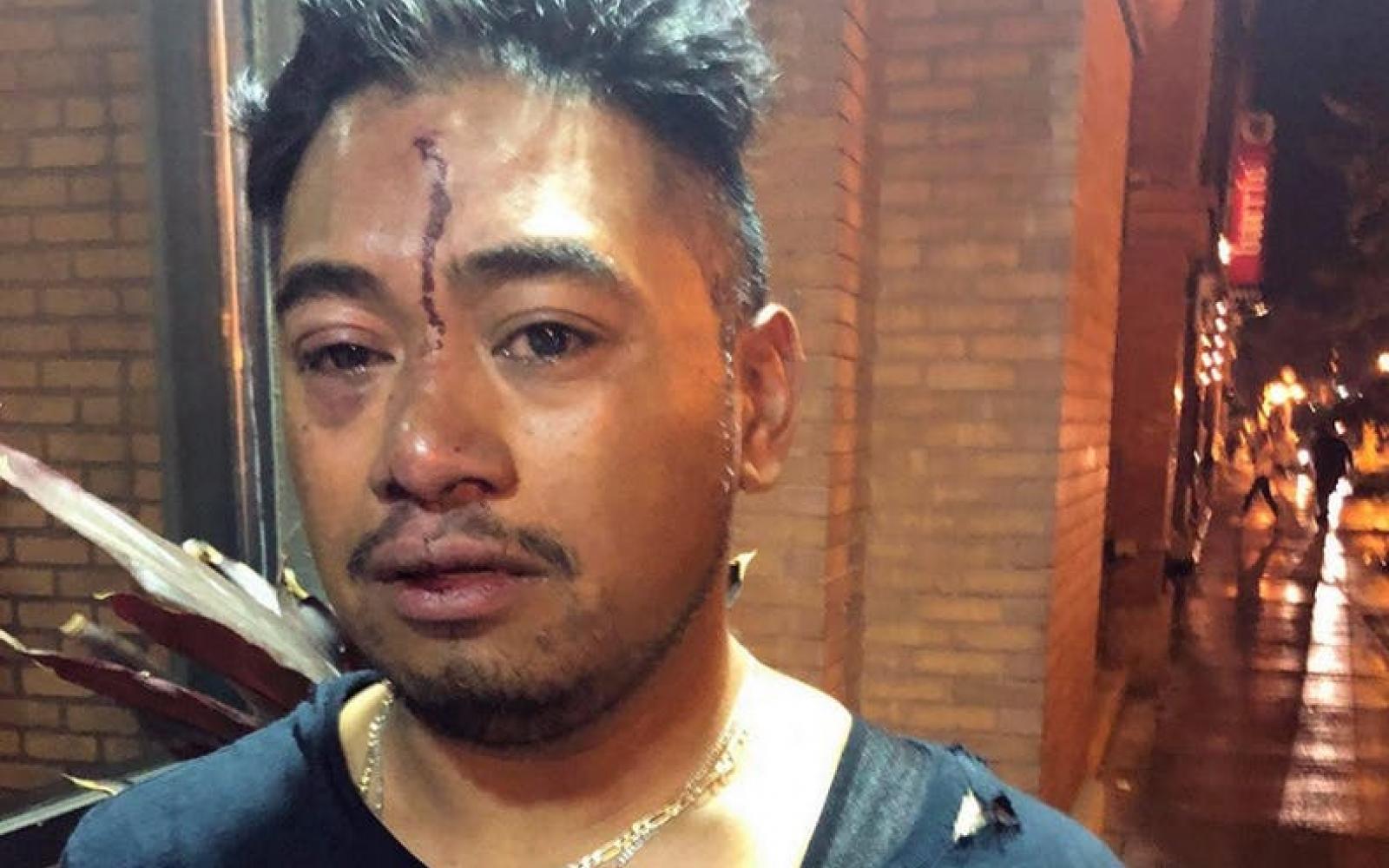 Police said they’re investigating whether a weekend assault at a downtown St. Paul bar was a hate crime.

Benji Sansón, 33, said he was left injured and disheartened.

He said after he kissed his boyfriend at Barrio in Lowertown, a bouncer told him, “You can’t do that in here” and used a gay slur. He reported to police that two bouncers punched him in the face and assaulted him.

Ryan Burnet, owner of Barrio Restaurant Group, said Monday that no Barrio employees punched a customer and reports that two workers were involved in the altercation were incorrect.

“We take any allegation that one of our guests was mistreated very seriously: we don’t tolerate any form of discrimination or inappropriate conduct by anyone associated with our company,” Burnet said in a statement.

Police responded to the restaurant and bar, which is on Sixth Street, across from Mears Park, at about 12:30 a.m. Sunday.

A bouncer reported he initially thought two men were fighting and went to intervene, but then realized they were kissing, according to Steve Linders, a St. Paul police spokesman.

“He told them to chill out and he says he grabbed one by the wrist,” Linders said of the bouncer’s report.

One of the men started to confront the bouncer, which caused pushing and shoving from other patrons, the bouncer reported. Sansón ended up on the floor.

The bouncer said he dragged the man out of the restaurant and someone else hit the man in the face, according to Linders.

The restaurant is conducting their own investigation and based on the security guard’s account, a number of witnesses and review of security footage, “we believe our colleague acted only to defend himself and to ensure the safety of our other guests when physically attacked,” Burnet said.

Sansón, of Minneapolis, went to Barrio with friends on Saturday night.

He said after the bouncer yanked him by his shirt collar and uttered the slur, he asked him, “What?” because the music was so loud. When the man repeated it, Sansón said he told the worker to get his hands off him.

Sansón said he was bleeding from his face and paramedics evaluated him at the scene. He went to the emergency room later and was found to have no broken bones but a mild concussion, Sansón said.

“Physically, I’m really sore,” he said Monday. “I’m more mentally scarred. It makes me very sad that in 2019 someone can’t go to a bar and be themselves.”

Police said no one has been arrested and their investigation is ongoing, including a continued examination of whether the assault was bias-motivated, Linders said.

Burnet said they “want to be 100 percent clear that we welcome everyone to our restaurants. … Since we opened our first restaurant in 2008 we’ve been committed to that idea.”