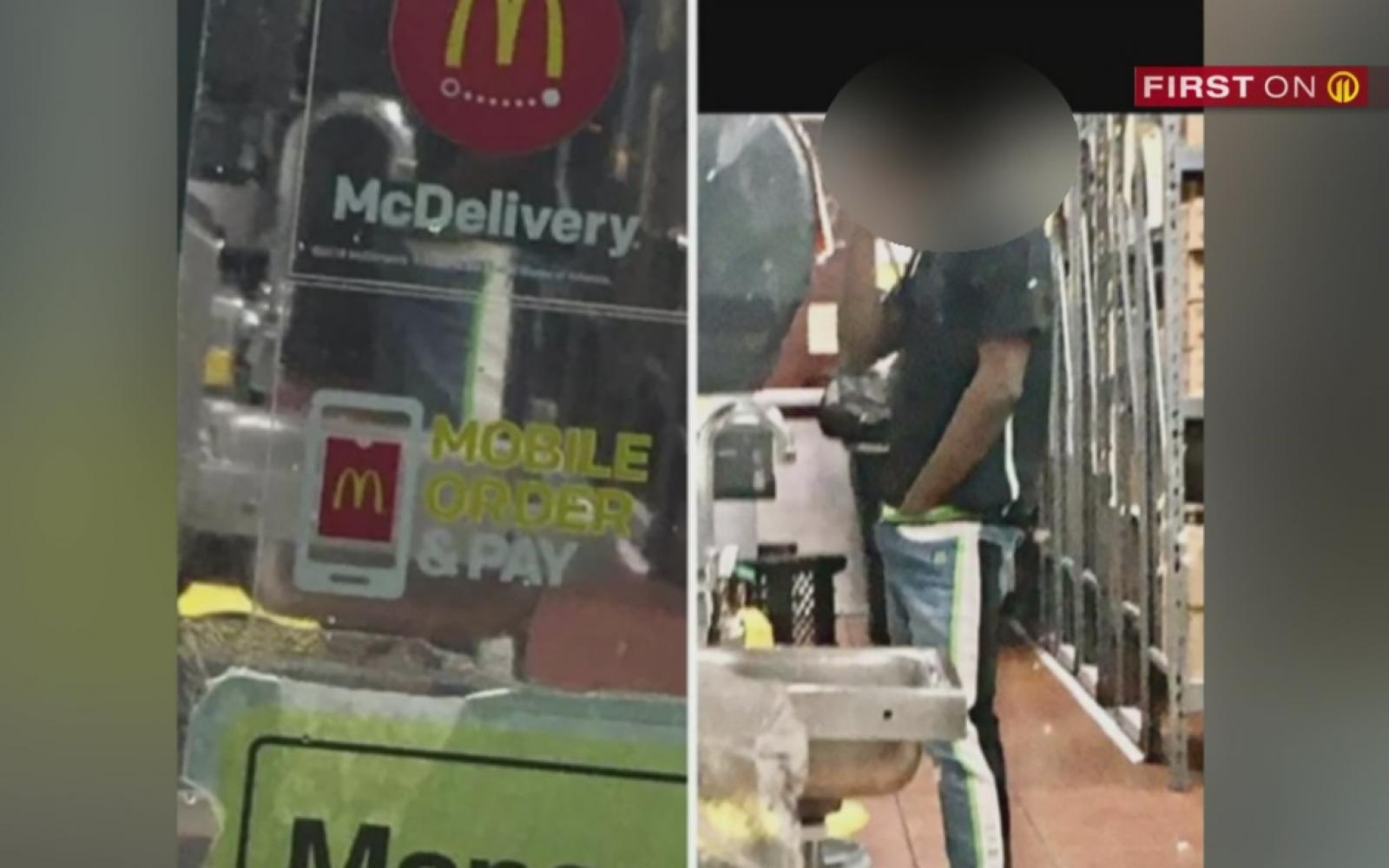 A man visited the drive-thru at a McDonald’s in Pittsburgh, Pa., when he says he saw an employee standing with his hand stuck down his pants. While he didn’t appear to be wearing a uniform, he was standing in the kitchen at the time.

“I was with my girlfriend and we were getting food for my daughter,” John Holieb explained to Fox News. “My girlfriend made a comment about how she can’t believe no one is wearing uniforms. Then she notices the guy with both hands down his pants. I looked and said, 'WTF. This is crazy.' There was a few of them just standing there talking. Then I reached for my phone and took two pictures.”

He also explained that after the incident, a woman saying she was the general manager sent him a message. He shared a screenshot of the message, which said, “Good morning. My name is Kara. I am the [general manager] of the restaurant from your post. I just wanted to let you know that I had some employees send me your post this morning and wanted to let you know that the matter has been corrected immediately. I work hard to keep food safety as my top priority and I continue to do so. Please know that the owner and I have taken action.”

In a statement, a spokesperson for the company that owns the franchise said, “Providing safe, high-quality food is a top priority. We immediately addressed this situation as soon as we were made aware and I can confirm this individual is no longer employed by my organization.”