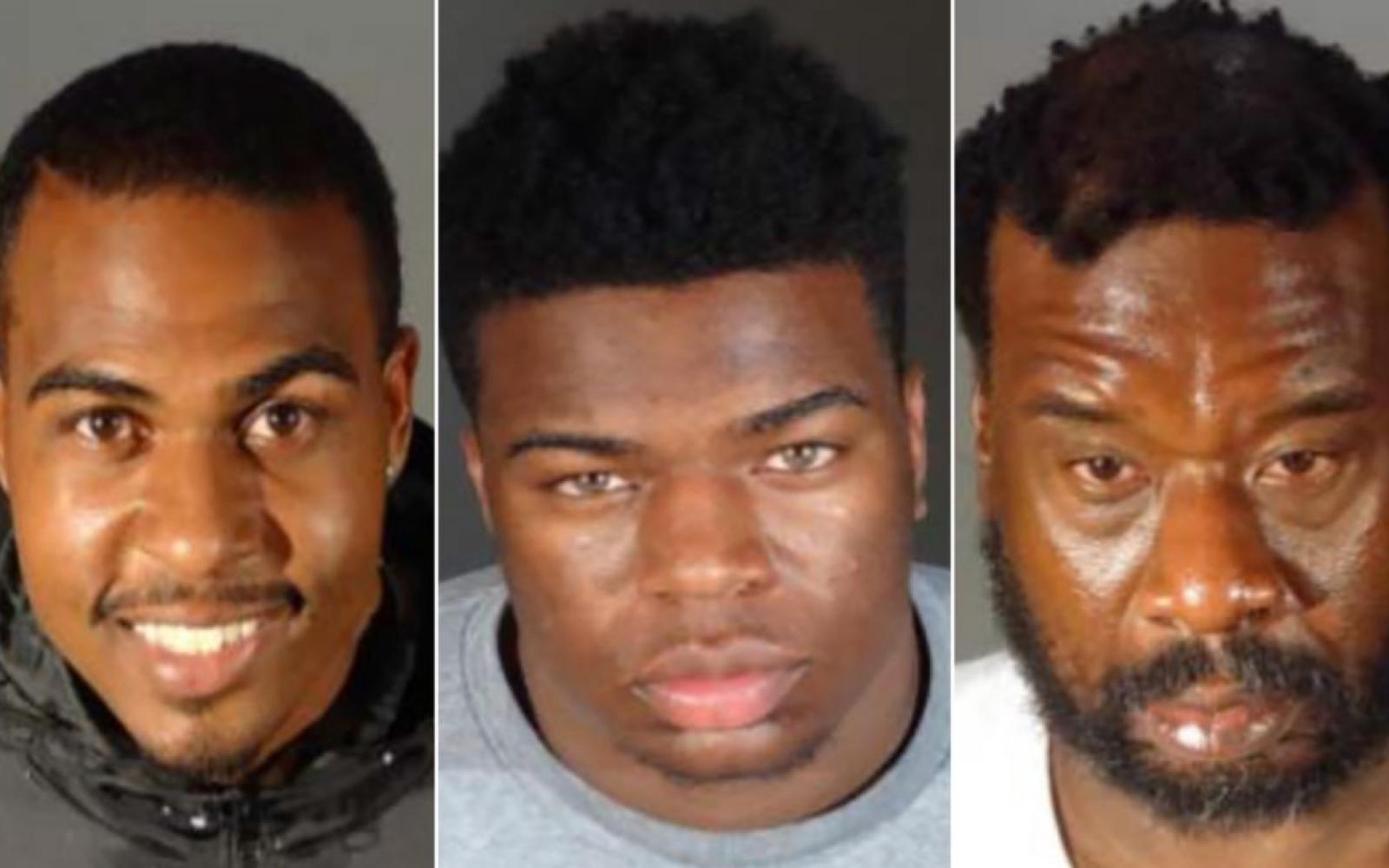 Los Angeles police are on the hunt for one final man suspected in a robbery and hate crime incident against three transgender women.

Two men are in custody. Willie Walker, 42, was arrested in Hollywood Wednesday and on an extortion charge, police said, and Carlton Callway, 29, was arrested Thursday on a robbery charge with a hate crime enhancement.
Police said they're still looking for 22-year-old Davion Williams, who is suspected of assaulting the victims with a deadly weapon.

It is unclear if Walker and Callway have legal representation.
The women were robbed and assaulted in Hollywood Monday, police said. During the incident, one man approached one victim with a metal bar and demanded her shoes and bracelet, the Los Angeles Police Department said in a statement. The man later assaulted another victim with a bottle, knocking her to the ground, according to police. Throughout the attack, police said, the man made derogatory remarks about the women being transgender.

"We believe these crimes were motivated by hate because the victims were transgender women and derogatory remarks were made by the suspect about the victims," Los Angeles Police Department Deputy Chief Justin Eisenberg said.

One of the three victims was identified by CNN affiliate KCAL as Eden Estrada, who goes by Eden the Doll on YouTube and has an Instagram following of more than 400,000.

"It was absolutely the worst moment of my life," Estrada told the news station. "I know that I'm so privileged, because I am a YouTuber and because people know who I am, but this happens all the time to women like me who aren't on social media."

The incident was partially captured on video by onlookers and shared widely on social media. But the passersby did little to help the women who were under attack, according to police.

"What was particularly callous about these crimes was the actions of the onlookers," Eisenberg said. "They recorded and appear to celebrate the assaults rather than render aid and assist the victims."

Los Angeles City Councilman Mitch O'Farrell said in a statement posted to Twitter he was angered to see the video of the attack.

"The video of three transgender women of color being physically attacked, chased, robbed and jeered at by a hostile crowd of cisgender men and women has me infuriated," O'Farrell wrote. "And determined to see that all perpetrators are brought to justice."