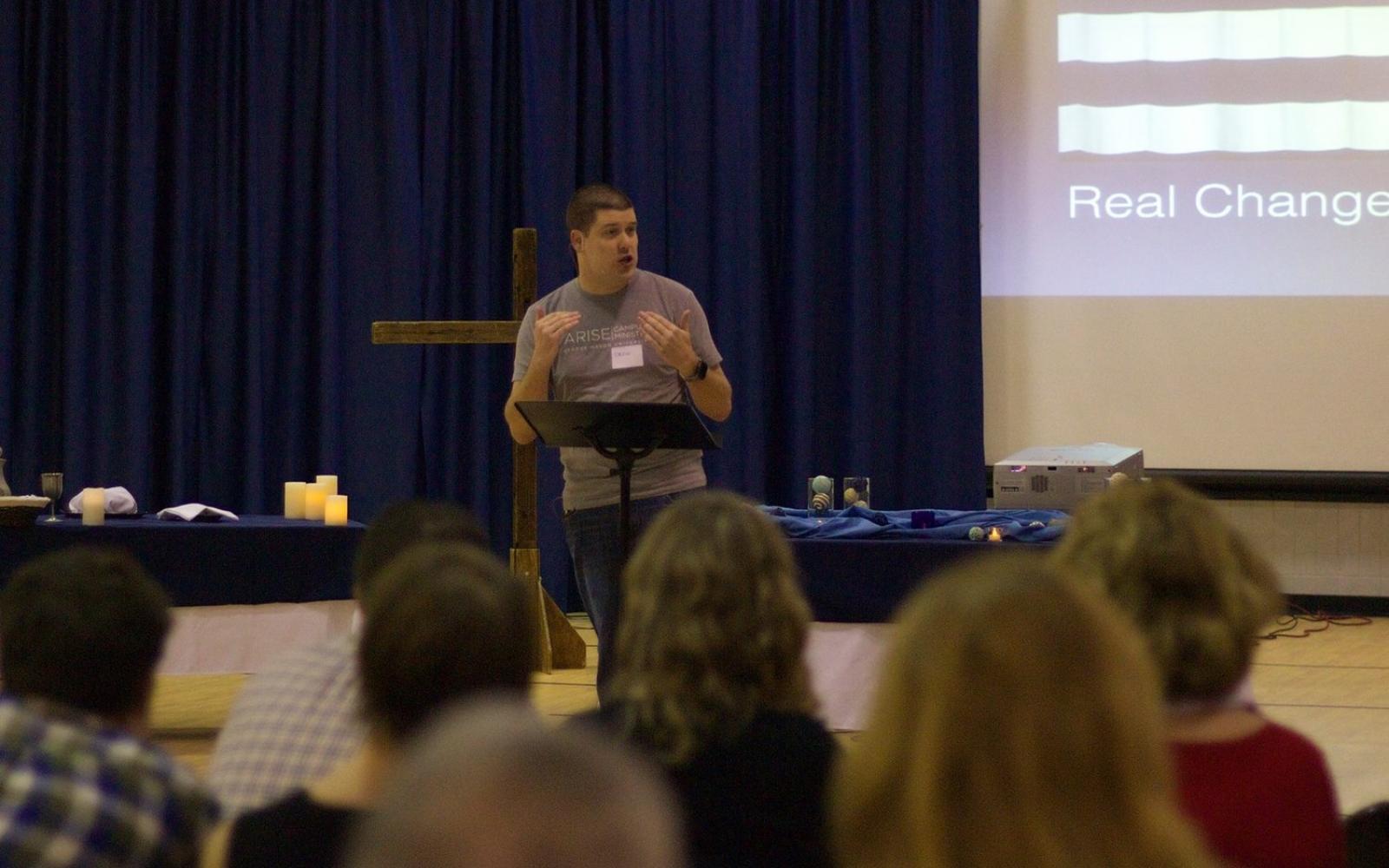 A Methodist minister in Northern Virginia could face punishment for officiating a same-sex marriage ceremony.

A community of Methodists surrounded Drew Ensz in prayer and song Tuesday as he prepared to enter a meeting with Bishop Sharma D. Lewis at the Virginia United Methodist Center outside Richmond.

Two complaints were filed against Ensz, the director of Arise Campus Ministry at George Mason University in Fairfax, after he officiated a same-sex wedding in September. The United Methodist Church has banned same-sex marriage and the ordination of LGBT clergy.

One of the partners Ensz married is someone he confirmed and was a youth minister to, he said.

"I know Drew well enough to know that he made a pastoral decision for a couple that he was in a pastoral relationship with," Rev. Beth Givens said. "I think he did it faithfully and he did it out of his heart of love for the people he knows and the people that he serves."

"Bishop Sharma D. Lewis is prayerfully reviewing this situation. She has met with those involved and is evaluating all relevant information. Now is a time for prayer, reflection and deeply respectful dialogue among all in The United Methodist Church," the bishop's office said in a statement.