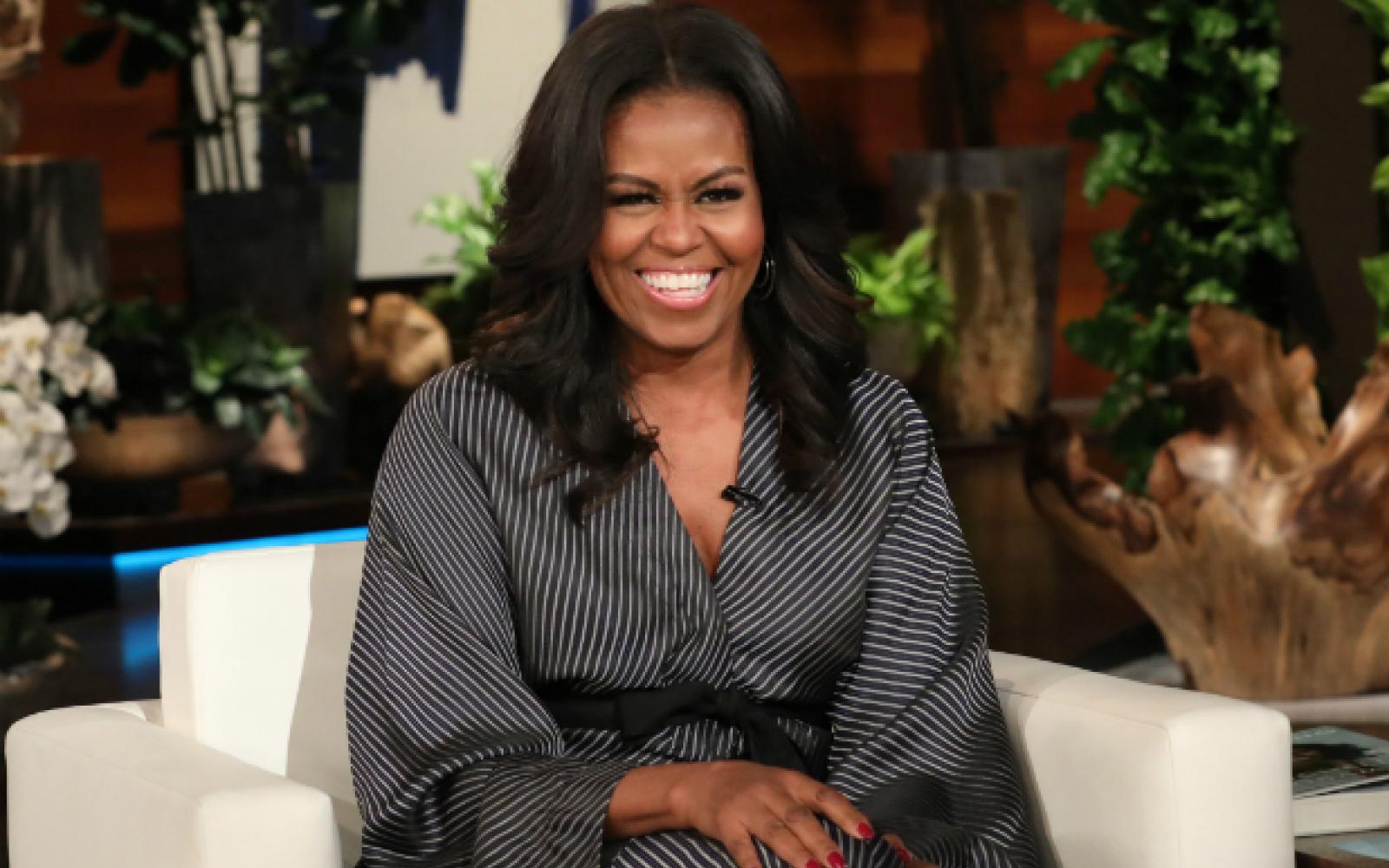 Michelle Obama can now add Grammy winner to her growing list of accolades after taking home a golden gramophone on Sunday. The former first lady won her first Grammy Award for best spoken word album for the audiobook version of her best-selling memoir, "Becoming."

The memoir follows the journey from Mrs. Obama's childhood in the South Side of Chicago to life after the White House. The memoir sold millions of copies and was followed by a sold-out tour.

The 56-year-old beat out other nominees including Scott Sherratt and Dan Zitt for "Beastie Boys Book."

Mrs. Obama wasn't at the Staples Center to accept her award in person, so presenter Esperanza Spalding — this year's Grammy winner for best jazz vocal album — accepted it on her behalf.

At last year's Grammys, Mrs. Obama surprised the crowd when she made an appearance onstage alongside Lady Gaga, Jennifer Lopez, Jada Pinkett Smith and Alicia Keys.

Her golden statuette will have some company at home, since her husband, former President Barack Obama, already has two Grammy wins to his credit. He has won twice in the spoken word album category, first in 2006 for his memoir, "Dreams from My Father," and again in 2008 for "The Audacity of Hope."

Michelle Obama isn't the first wife of a U.S. president to win a Grammy. Back in 1997, Hillary Clinton won in the same category for her book, "It Takes a Village."

Fans were quick to point out that Mrs. Obama could be on her way to future EGOT status — the rare achievement of winning an Emmy, Grammy, Oscar and Tony Award. The Obamas are up for an Oscar for "American Factory," the first documentary released by their production company, Higher Ground. The film, which was released by Netflix last year, earned a nomination for best documentary feature.