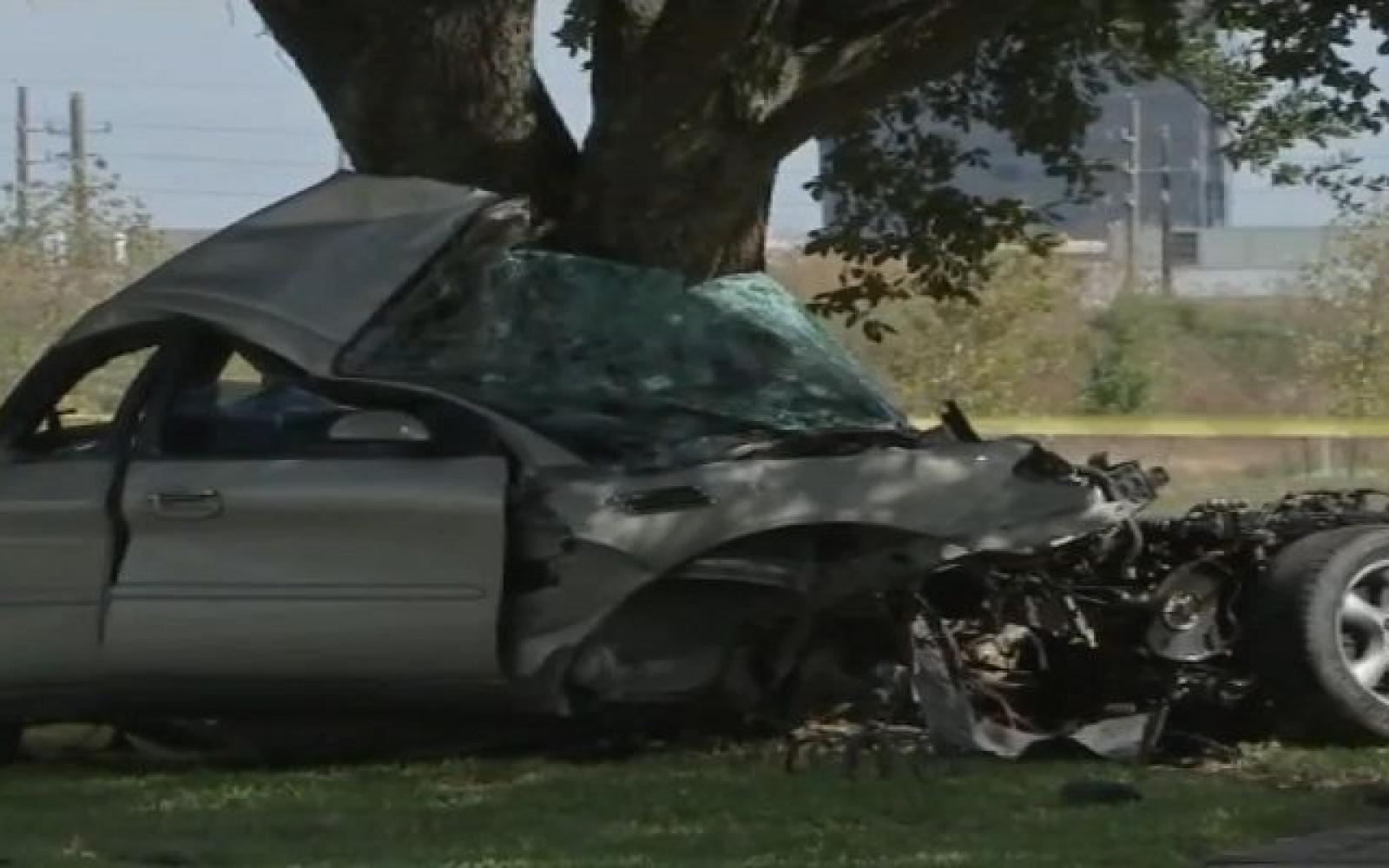 A mother was killed and her baby was in the hospital after a car crash in northwest Houston. Police say the accident was the tragic result of an argument between the mother and the father.

It all happened a little before noon. A twisted pile of metal is all that's left of a Ford Taurus.

Police say before the accident, the victim was involved in some type of domestic dispute with her child's father not far from the crash site.

She was allegedly chasing the person she was arguing with at a high rate of speed on Greens Parkway when she hit a curb, lost control of her car and crashed into a tree.

While her family paced the scene in shock at what had just happened, there was relief that another life was not lost.

"There was a child in the vehicle that was transported to the hospital, but should be OK. The child was in a child safety seat," said Sgt. G.T. Hall with the Houston Police Department.

The car she was chasing turned around and came back to help, but authorities pronounced her dead when they got there.

The child, who was in a car seat in the back, was taken to the hospital to be checked out, but is expected to be OK.

Houston police say it looks like the victim was at fault. The person she was chasing hasn't been identified, but KTRK was told told he is related to the child.